Camera technology in smartphones has vastly improved over the years that the device can very well be a replacement camera for avid snappers. It also helps that internal storage is ever increasing which allows users to snap away without every worrying about running out of space. While smartphone cameras do offer a sense of convenience when it comes to documenting life’s events, it can’t really replace the effect of a physical memento. It’s this need for printing a physical keepsake that drives instant photography, and luckily, there are cameras available today that can produce instant prints. Here’s a list of the best instant cameras: 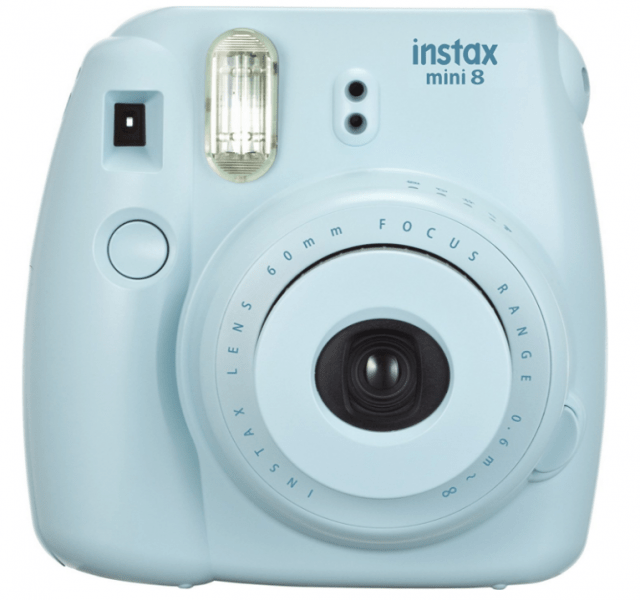 The attraction of a Mini is not hard to see: it’s a small, no-frills camera that can print a memory – be it of travels, a wedding, or any other special occasion – on the fly. It has a simple point-and-shoot operation which makes it the ideal choice for those who want to get started in instant film photography. Although the photo print is just the size of a credit, chances are no one would mind that much when given a physical keepsake.

With a fixed-focus 60mm lens (this is equivalent to a wide-angel 35mm prime), the Instax Mini 8 can capture a scene in focus from two feet to infinity. Those used to taking photos on a smartphone will find the field of view a bit tighter. In that case, the Lomo’Instant or the Lomo’Instant Automat might be of better service as both feature lenses equivalent to 28mm which offers roughly the same field of view as a smartphone camera.

With options for manual exposure control, the Lomo’Instant Wide was clearly made for the more serious film snapper. Although it may bear similarities to Fujifilm’s Instax Wide 300, it is aimed at film photographers who want more creative control over the resulting print images.

However, certain benefits also come with disadvantages, and one of the drawbacks of this model is its large size. The Mini format of Fujifilm’s Instax cameras was its small size which wouldn’t take up too much space inside a bag.

Another troubling element to the Lomo’Instant Wide is that it doesn’t do well in dark environments. Although the flash will fire when set to automatic, it runs the risk of overexposing the resulting image.

The camera comes with a fixed 90mm f/8 lens, which is equivalent to a wide-angel 3mm lens mounted on a full-frame camera. This can be problematic when shooting indoors as flash will always be needed to get decent photos.

Fans of selfies, on the other hand, will enjoy this camera thanks to a mirror located next to the lens which allows proper framing for selfie shots.

The result of a Kickstarter campaign, the Lomo’Instant offers advanced features instant camera users want. What’s not to like about this model? It supports removable lenses; it has different shooting modes; it provides aperture control; and it can take multiple exposures. These are features that more advanced film photography users crave.

Although the box-like design of the Lomo’Instant makes it rather bulky, the retro design helps make it look a bit more pleasing. Instant camera designs tend to be uninspiring but there’s few like this one and the Instax Mini 90 from Fujifilm that break the trend.

Just like any other Lomography camera, it only a limited number of controls but they are intuitive. A switch is present to set the flash to auto, on, or off and while it can be set to auto all the time, doing so robs the camera of its purpose: allowing the user to manually control settings.

The Lomo’Instant is best for instant camera snappers who want to take things a little bit seriously. Otherwise, the Instax models of Fujifilm provide better value.

The Lomo’Instant Automat is successor to the Lomo’Instant. While the latter gave users the freedom to tinker with controls, this one, as its name suggests, lifts that burden off of its users. Marketed by Lomography as the most advanced automatic instant film camera, it does exactly what it’s supposed to do but at the detriment of some people.

With its rather large design – although not bulky – the Automat is bound to attract attention. Its size, however, is compensated by the fact that users don’t need to be so technically inclined to shoot with this unit. With no screen or EVF, the Automat doesn’t is not hungry for battery life which comes as good news for avid snappers.

The lens functions as the power switch. It can be set to three positions: for taking portraits, for shooting group photos, and for snapping landscapes.

Selfie takers will delight in the shutter release as it’s reflective therefore allowing users to frame a photo before clicking a button. Although the Automat is marketed as an automatic instant camera, it’s not a fully automatic one as it offers some level of user control: setting flash to on or off, taking multiple exposures, playing with exposure compensation, and using either automatic shutter speed or Bulb mode. 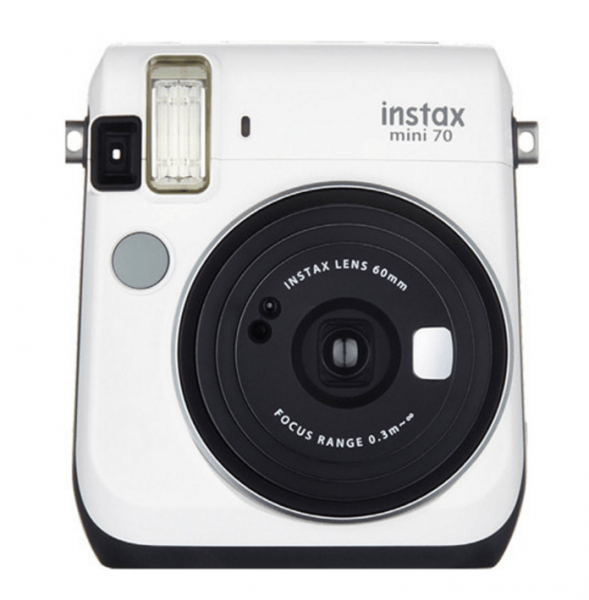 Just like the Lomo’Instant Automat, the Instax Mini 70 gives a bit of control over the settings to the user. Arguably, one of the features bound to be a hit with a certain segment of users is the front mirror that makes taking selfies a whole lot easier. So those who want to be more serious about their film photography will be better off with the Lomography Lomo’Instant.

Being an almost fully automatic instant camera, this model has minimal controls. It does come with useful features that provide much-needed information like the small monochrome LCD which shows a remaining exposure count, a feature quite useful for those who easily forget how many of the pack of 10 were already used.

The Instax Mini 70 has buttons for Selfie, Selfie-Timer, and Mode. The first will set the lens to focus at a close distance while the second option allows the user to set two or ten seconds to snap a selfie. The Mode button is used to alter different settings.

With a 60mm f/12.7 lens, the camera can cover a field of view equivalent to that of a 35mm lens mounted on a full-frame camera. 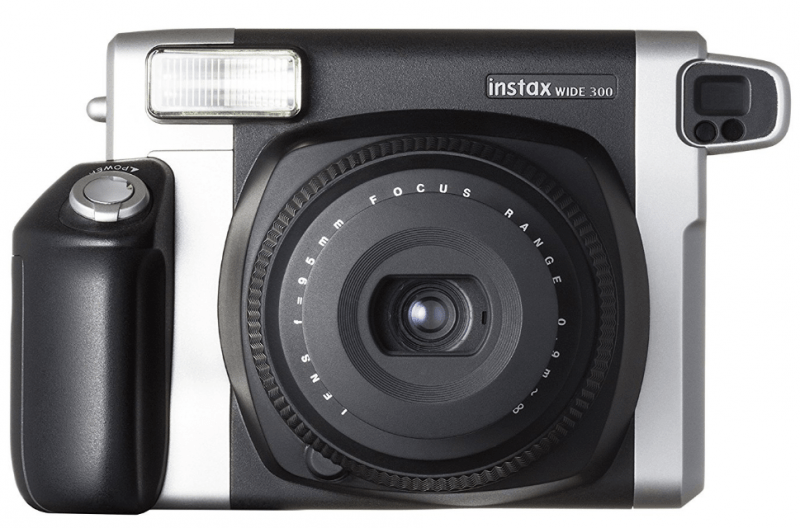 There are limitations to the Instax Mini models despite being a pleasure to carry along. One of those shortcomings is the credit card-sized photo print, but this lack is addressed by the Instax Wide 300. But of course, with wider photos comes a larger camera. Then again, if you don’t mind carrying something bulky around for the sake of instant photos then this might be worth the investment.

A replacement for the Instax Wide 210, this model looks different from its predecessor. It may still be bulky but at least it looks like a retro film camera.

The operation of this model is pretty straightforward. Taking a photo is as simple as clicking a button. It’s also equipped with flash to help with tricky situations. Users can also adjust just how bright or dark a photo should be with a button.

Another feature that could be a big miss for the Instax Wide 300 is a self-timer. Everybody wants to be in a group shot and while this camera offers a wide angle field of view, one person will be left standing to take a group photo. 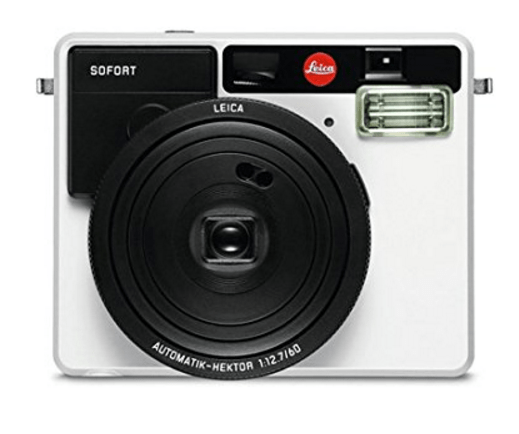 This is Leica’s first entry into the instant camera market, and it’s a pretty good one. And anything that is good will cost money and that’s one of the major drawbacks of this camera.

The SOFORT functions like a point-and-shoot camera and as such, doesn’t have that many controls to tinker with. What’s nice about this unit is its collapsible lens which retracts when not in use. The lens also features a focusing ring that allows close-ups and wide-angle captures.

Although the small optical viewfinder helps with composing shots, it still doesn’t have the level of sophistication provided by other cameras. Selfie lovers will enjoy the small mirror located on the front of the camera for better framing. 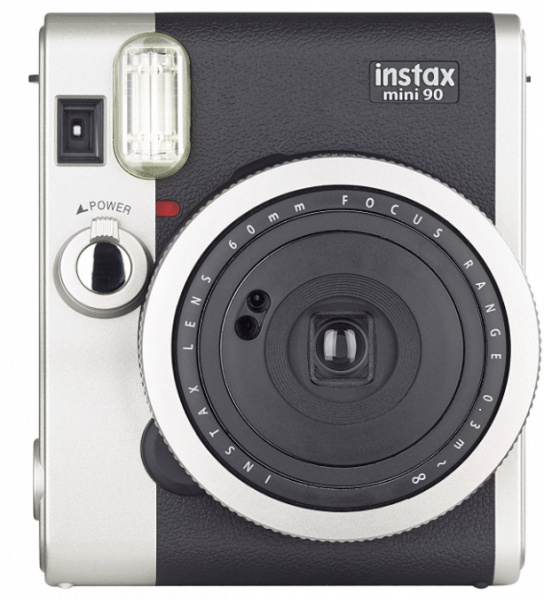 The Instax Mini 90 was built to appeal to more serious photographers. It has that retro look that pays homage to the X series of Fujifilm and it offers users a degree of control over how their photos will turn out. With this camera, users get features like multiple exposure and even bulb mode. However, this isn’t the most budget-friendly film camera. Like most instant cameras, the film packages can only support ten exposures and that is also a drawback together with its price. Besides, there are more cost-effective options in the instant camera market.

What’s nice about an instant aimed at more advanced snappers are the equally advanced features. Unlike other models, the Mini 90 has shutter buttons for shooting in portrait or landscape mode. The shutter also serves as a mirror to take more accurate selfies.

With a fixed f/12.7 aperture, users will need to fire the flash often just to brighten up shots in situations where there is low light. Other than that, the resulting photos are quite good. 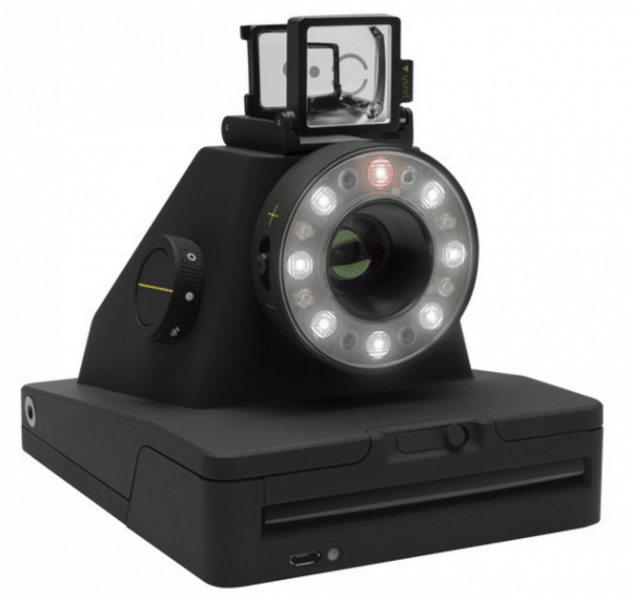 When Polaroid announced it would be killing of its instant film process, a group called the Impossible Project stepped up to preserve it. The Impossible is the fruit of their devotion to Polaroid. It’s not a camera designed to lure digital shooters to try out film. Rather, it’s a device that was built with the purpose of serving those who are still devoted to Polaroid.

Since this model was released in 2016, it comes as no surprise that it’s equipped with modern features. The Impossible comes with Bluetooth and a companion app – features purists might not like but actually enhance the experience.

With Bluetooth, the camera can be connected to the companion app on the iPhone (for now) and can be controlled from there – something that isn’t available with other instant cameras. In other words, users can change the aperture settings, set longer exposure times, and even perform double exposures.

Given its rather advanced features, this isn’t a camera for those who want to venture into film. There are other models for that which are also more pocket-friendly. 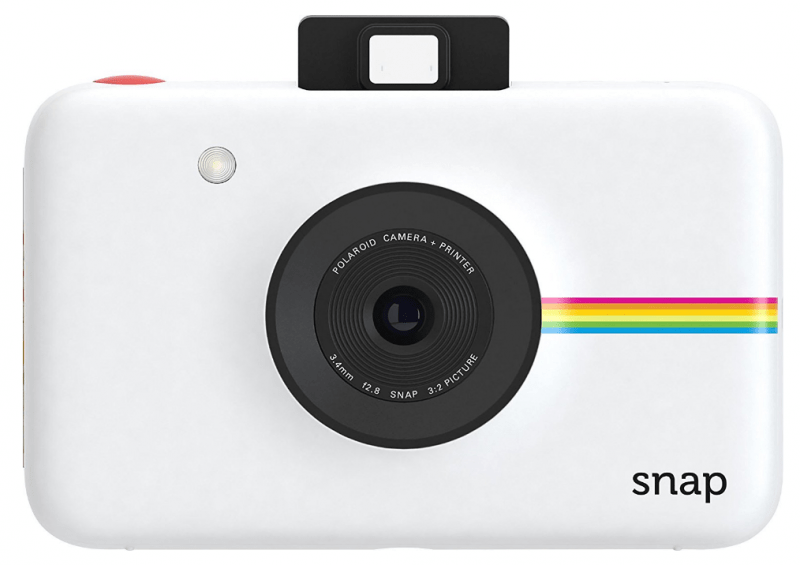 The Snap Instant produced a 2×3-inch borderless physical print. The quality isn’t even that good as a smartphone camera can take better photos. But that isn’t the point of this camera: it’s made for those who want an immediate physical copy of a moment – something to put up on a wall or stick in a notebook.

As far as looks go, this model doesn’t look like a lot of instant cameras available in the market. The viewfinder needed to compose a shot is a pop-up and there are a couple of buttons for creating more creative photos. There’s a button for switching between different color palettes and there’s a button for adding a border to the print. This camera also comes with a self-timer and a tripod slot. With a fixed focal length, users need to move around in order to zoom out or in on shots.

Those are basically all of the features of this camera. It’s simple and it does what it intends. The results may not be that good but it’s an alternative instant camera option.

It’s not that hard to see the appeal of an instant camera. A smartphone camera, a compact camera, and even a DSLR camera may be able to produce better shots but all of them can’t compete with the feeling of having a moment immediately printed – something tangible, a memory forever preserved on paper.

Film photography is certainly not for everybody but given the range of instant cameras available today, there’s clearly a wanting user base looking for new ways to document life’s moments.

It’s also nice that the market has options for those looking to get into instant film photography and there are models available for more advanced users who want more control over the resulting photos. Users just need to decide which camera they prefer.