Photographers are on a never-ending quest for the best cameras and accessories that manufacturers could offer on the market. And more often than not, they rely on one brand that’s synonymous with quality—Sony.

Aside from its impressive range of cameras, Sony also made a name in the industry for being a credible manufacturer of top quality accessories that has been preferred by photographers from around the world. The latest addition to its range is the GP-VPT28T, a wireless shooting grip designed specifically for Sony mirrorless cameras. Here’s what we know so far:

It is perfect for the photographer on the go

With vlogging being the trend these days, Sony has created several products targeted towards vloggers and travel shooters, and the GP-VPT28T is one of them. This wireless shooting grip allows for easy shooting where photographer can switch from photos to videos with ease. It features a wireless remote commander that can be used in all of Sony’s latest mirrorless cameras including the A7R IV, a9 II, a6100 and even the RX100 VII.

The grip can be used conveniently in shooting at arm’s length while all key camera functions can be controlled from the handle. This includes shutter, record, custom button, zoom, lock switch and tilt adjustment.

A custom setting can also be set using the “C” button on the face of the trigger while the lock button keeps you from triggering the camera accidentally. The grip also has a “flip” button where you can rotate the camera 180 degrees without the need to remove it from the ¼” -20 attachment.

It is designed with convenience in mind 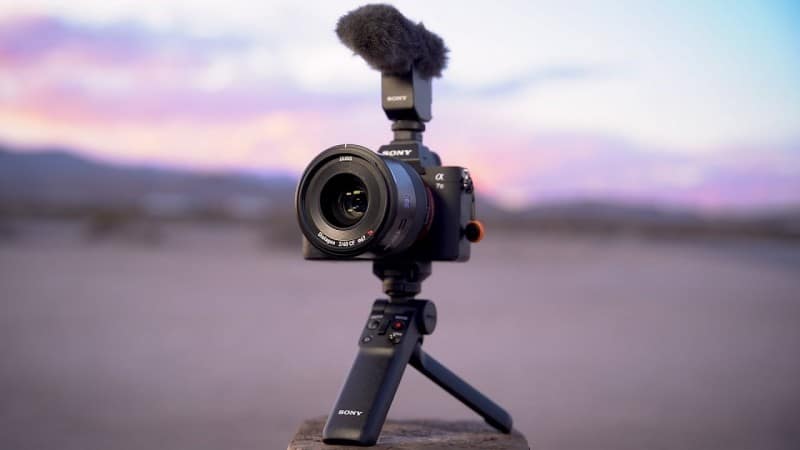 Unlike most camera grips that you’ll see on the market, the GP-VPT28T doesn’t have any cables that could easily get tangled while shooting. Using Bluetooth, Sony was able to eliminate the presence of cables that can interfere with shooting. It also keeps all your camera ports protected and sealed, which gives you the convenience of taking great shots without worrying about any cables getting in the way.

It is everything you could want in a grip and more 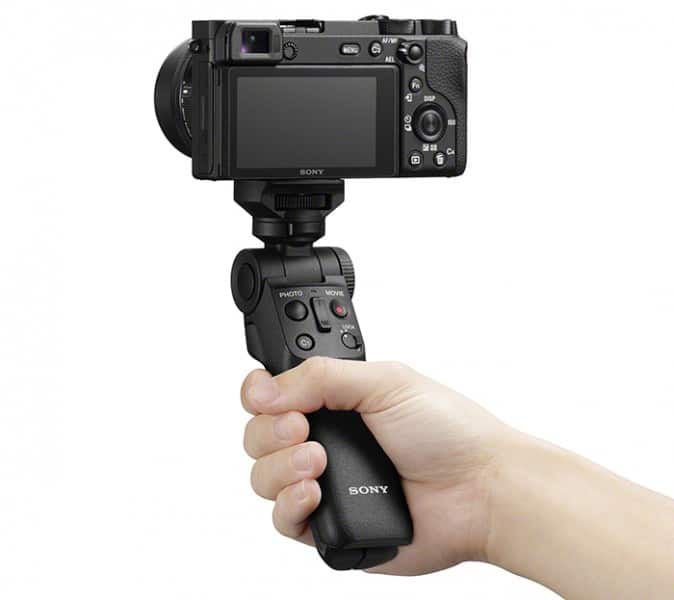 The GP-VPT28T doesn’t only do the job of allowing you to take photos and shoot videos with ease, but it can also be used as a tripod just by extending its built-in legs. This grip is also designed to be dust and moisture resistant for shooting outdoors, although Sony claims in its website that it’s “not guaranteed to be 100% dust and moisture proof.”

The new Sony GP-VPT28T grip is definitely an accessory to watch out for this year with all the benefits it brings to photographers who use Sony mirrorless cameras. So if you’re looking to invest in a good quality accessory that allows you to enjoy shooting seamlessly using a wireless remote commander, you’ll surely love this new grip from Sony.

This newest addition to Sony’s line of accessories for mirrorless cameras will be available on the market this month for $140. You can already pre-order it through Sony’s website and other online retailers.