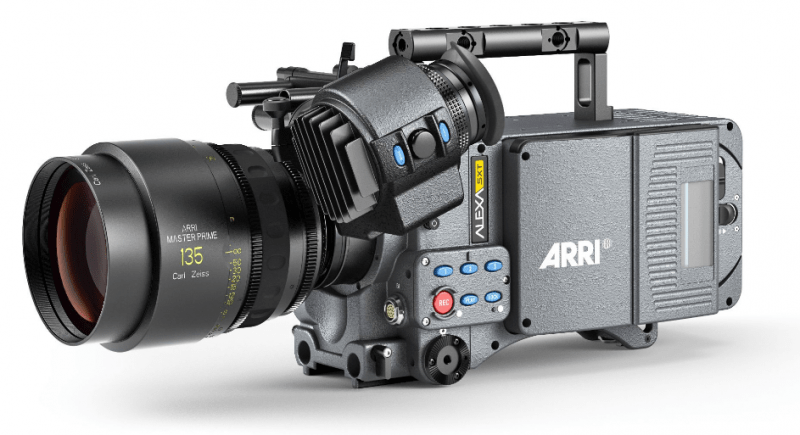 The Arri Alexa Classic EV has been a favorite among many cinematographers because of its rugged construction and excellent features. But what if you’re looking for more than what it could offer? Well, if this is the case, you’ll want to look into the Alexa SXT 4K cameras, namely the Alexa SXT EV, Alexa SXT Plus, and Alexa SXT Studio.

These three cameras, which were released in 2015, are designed to be future-proof. That is, they’re built with today’s technology but have the capacity to adopt hardware and software that would be released in the coming years. So, once you get one of these cameras, there’s no need to upgrade to a new model every now and then since your camera stays relevant for a long time.

One of the best things about the Alexa SXT 4K cameras is that they’re similar in layout and design to the Arri Alexa Classic EV and other versions. So, if you’re familiar with these older models, you won’t have to face a steep learning curve when using Alexa SXT 4K cameras, and you can proceed to enjoy the features that they provide.

The Alexa SXT 4K cameras have retained the 3.4K ALEV III sensor, which gives them excellent image quality and is the basis for their many useful features. Through the sensor’s unique tall design (with dimensions that are almost similar to a 35mm film image), the cameras can faithfully render the optical qualities of anamorphic lenses in digital image, producing maximum resolution and maintaining the field of view of these lenses.

Along with their high-quality sensor, the Alexa SXT 4K cameras come with two new sensor modes: 6:5 and 8:9. The 6.5 sensor mode promotes faster and better recording of anamorphic images and, compared to the old 4.3 sensor mode (which is also available in the cameras), it results to higher frame rates and minimal resolution loss in ProRes. It also paves the way to a more efficient post processing, requiring fewer steps for both ARRIRAW and ProRes. 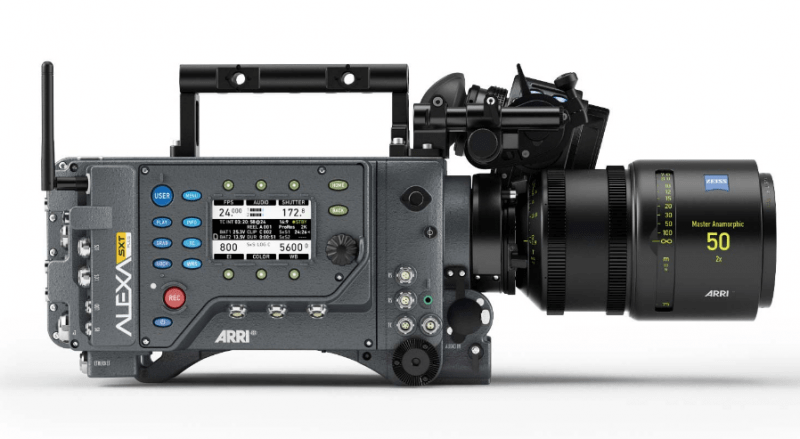 One thing that makes the Alexa SXT 4K cameras stand out is that they combine some of the best components from Arri’s product line. Specifically, they’re built with electronics and image processing hardware from the revolutionary Alexa 65 camera, along with noise reduction and color management elements from the documentary-style AMIRA camera. With this combination, you’ll have access to tools that allow you to create the clearest, sharpest images with minimal optical noise.

On top of these, the cameras have the ability to do in-camera ProRes 4K recording, both for 4K UHD (3840x2160 pixels) and 4K Cine (4096x2636 pixels). The former works great for TV productions, while the latter is ideal for 4K DCI cinema.

How Are They Different?

Basically, the Alexa SXT EV, Alexa SXT Plus, and Alexa SXT Studio have the same backbone and features. However, the latter two have additional features that are not available in the “basic” Alexa SXT EV. The Alexa SXT Plus, for example, has four monitor outputs instead of three since it has an additional clone for MON OUT 1 (MON OUT 1b, a clone of MON OUT 1a). It’s also compatible with the cmotion cvolution lens control systems, which allow you to control your camera using a handheld unit.

The Alexa SXT Studio has most of the features that the Alexa SXT EV and Alexa SXT Plus have, but it adds more to the list. For one thing, it comes with an optical viewfinder, which portrays natural motion with sharp full-color images, excellent white balance, and accurate color fidelity, along with with zero delays and artifacts. It also comes with an internal motorized ND filter that’s sealed behind the lens, along with a rotating mirror shutter (which portrays film-like motion, minus the artifacts that are present in electronic rolling shutters).

As mentioned above, the Alexa SXT 4K cameras have the potential to handle future upgrades to hardware and software. This ensures that they’ll stay relevant for years and perhaps even decades, reducing the need to upgrade to newer models. 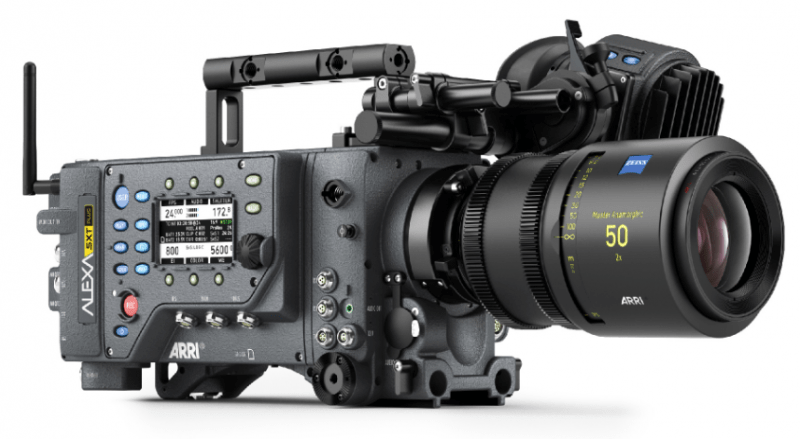 The Alexa SXT 4K cameras come with four independent monitoring outputs, which can be distributed among the director, camera operator, and other filming staff. Each of these outputs come with independent settings that cater to each staff member’s needs, allowing everybody to do a great job.

Compared to other professional film-making cameras, the Alexa SXT 4K cameras come with a steeper price tag. This makes them too expensive for ordinary consumers and amateur cinematographers but, considering the outstanding features they offer, you can say that they’re worth every penny you spend.

While the Alexa SXT 4K cameras aren’t the cheapest products out there, they do give you give you excellent value for money. If you have the budget and are willing to invest in a cinematographic camera that can last (and stay relevant) for a long time, you’ll want to get the Alexa SXT EV, Alexa SXT Plus, or Alexa SXT Studio.