Sony is undeniably the most trusted name in digital and video cameras, and they never disappoint. After providing users with a range of product equipped with amazing features, they are now collaborating with Atomos, a leading designer and manufacturer of smart production tools, to provide an even better video solution that will be presented at NAB 2014.

According to Jeromy Young, CEO and Founder of Atomos, “Sony has pulled all the stops to deliver the world’s first Full Frame Video sensor in a camera for the masses. We are very proud to give 4K recording capability to the Sony A7S with our brand new 4K ProRes Shogun which sports a 1920×1200 7″ killer monitor and unparalleled affordable 4K recording”.

From the size of the screen alone, it’s obvious that the Shogun has lots of room for details, information and controls. 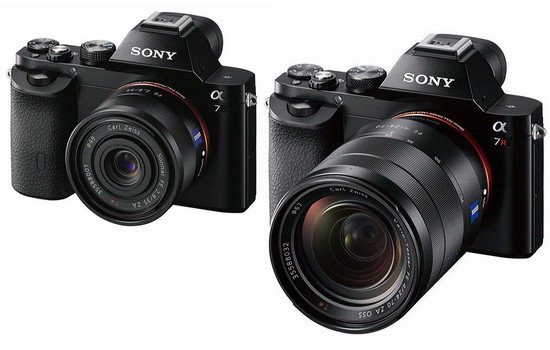 As of the moment, the Shogun is the only 4K HDMI recording solution that works in great compatibility with the amazing features of the new Sony A7S. These include the full 35mm ultra-sensitive 12 mega pixel video sensor, 120 fps HD, clean HDMI out and custom HDMI timecode and start/stop trigger. The Shogun is the world’s first 4K HDMI and 12G SDI 7-inch IPS monitor recorder and deck that has amazing features.

It enables affordable recording that is sent directly to SSDs and RAID, with amazing edit codec from sensors like 4K ProRes and RAW Cinema DNG. It records up to 30 frames per second. It also has custom panels for monitoring, featuring a 7-inch touchscreen and 325 PPI 179-degree viewing. It has a 400nit brightness and multi-frequency operation that gives a super-smooth monitoring and playback.

Depending on the capability of a camera, the Shogun can record from 24p up to 120fps HD, using both 4K and HD clean output. It also has a genlock that enables a synced playout, and features optional WiFi for remote control from Android and iOS.

Similar to the Samurai and Ninja Blade, two other monitors from Atomos, the Shogun allows a set up of the shot using waveform and monitor assist tools such as tri-level focus, luma parade and vectorscope. It also records pristine, 422 10-bit images from a camera sensor and then direct to single SSDs and RAIDed HDDs.

What’s even better is that the Shogun is affordable. “Super light and slim and at a price point under 2K. We offer a faster more affordable camera to timeline workflow with revolutionary 4K cameras from Sony, Panasonic and Canon”, says Young. When combined with the spinning storage media, you only spend an estimated $40-$50 of recording per hour.

What makes Sony A7S the perfect combination to the Shogun?

Although the A7S features an all-new 12.2 megapixel sensor instead of something higher, it allows you to do a lot of things minus the grain or noise that’s normally found in low light situations. It enables an uncompressed video capture at 4K, making it a serious option for filmmakers using DSLR or CSC. But because it can’t internally record the 4K footage, it requires an external recorder, thus the need for the Shogun. Another neat feature of the A7S is its impressive ability to resolve skin tone, using the S-Log2 gamma setting.

Suffice to say that the A7S and the Shogun is the perfect pairing for capturing great images and then recording it to affordable storage media of your choice. So it shouldn’t come as a surprise that the combination is considered a killer.