Blackmagic is marketing their second-generation Pocket Cinema Camera as the “handheld digital film camera that customers have been asking for.” It combines both high-end imaging and professional features into a portable device that can be taken anywhere and used for just about anything. 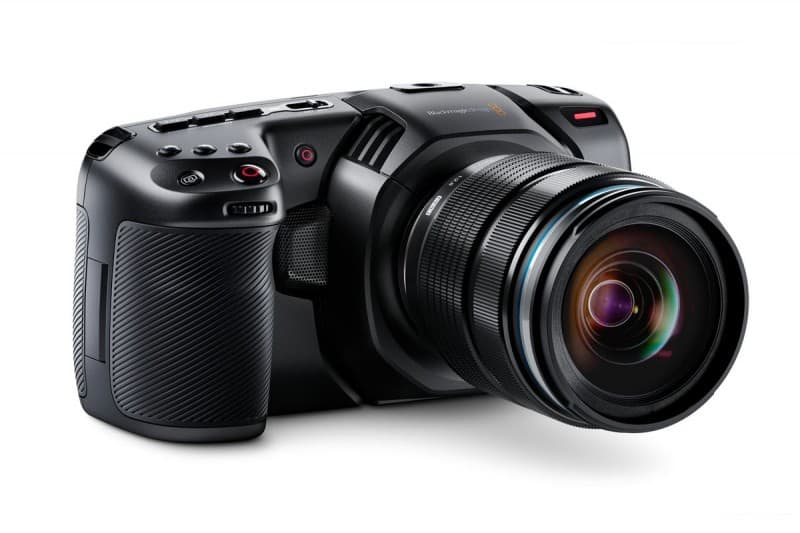 While sharing similarities with its predecessor, it brings in new features like being able to shoot in 4K. The process of recording that video, however, remains the same: footage is captured in 10-bit Pro-Res or 12-bit RAW. While the model before it couldn’t record directly to external drives, this one can over USB-C, which is very helpful especially when dealing with large files.

The new Pocket Cinema camera is bigger than its predecessor and smaller than what is expected of a cinema camera. Instead of the usual 3.5-inch display, this model sports a five inch screen at the back.

With a Micro Four Thirds lens mount, the camera can be used with a range of lenses from Panasonic and Olympus, as well as Leica and Voigtlander. The full size 4/3 HDR sensor matches perfectly with MFT lenses resulting in a reduced crop factor.

The camera captures Cinema 4K up to 60fps and Full HD up to 120fps. It features dual native ISO with sensitivity range up to 25, 600 for impressive low-light performance. It also supports 13 stops of dynamic range for even better performance in low-light situations.

Although it isn’t the best looking of cameras – it looks like a throwback to the 90s – it wins points for being strong and light. The camera’s body is made form carbon fiber polycarbonate composite, which helps protect it from accidental knocks and drops.

With the newest Blackmagic Design color science, customers can shoot very high-quality images, one that can match up to expensive digital film cameras. With the feature, users can shoot HDR in film, video, and even extended video modes. The extended video modes allow users to capture high-quality video that doesn’t need a lot of color correction or post-production work, which is ideal on projects that need a quick turnaround.

Footage is recorded to standard SD cards, UHS-II cards, or CFast 2.0 cards in ProRes or RAW format. On top of that, it also allows users to directly record to external media drives through a USB-C connection. This particular function is extremely useful since the footage stored in external drives can immediately be used for editing or color correction. The less need for file transfer, the faster video processing moves along.

Like its predecessor, the latest Pocket Cinema camera continues support for the MFT lens mount. This is greatly helpful to those who have already built up a collection of lenses for the MFT mount.

Users of lenses from manufacturers such as Canon, Nikon, Pentax, Leica, or Panavision can also use their lenses on the camera but need an adapter to do so.

Tap and swipe gestures for operation

Sporting the same Blackmagic OS as the URSA Mini, the Pocket Cinema Camera offers the same tap and swipe gestures for adjusting settings and performing other functions.

Other features of the Pocket Cinema Camera include multiple built-in microphones, a mini XLR input, a 3.5mm stereo audio jack, and a full-size HDMI connector. It will be available later in the year for $1,295.