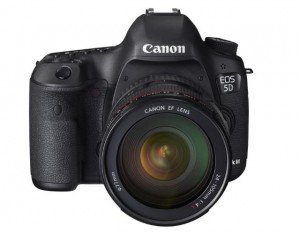 When it comes to capturing precious moments, nothing can be more important than having a good camera on hand. This will not only ensure stunning photos; it will also help make sure that you have something to remind you of the good times in your life with so much fondness. So if you want to take great shots of wonderful people, places, and things around you, you need a top-of-the-line camera. Although having sheer talent is very important when capturing the right moment at the right time, you also need to have a gadget that will let you do that.

One of the devices that made it to the top 10 list of professional digital cameras, and one you should have, is the Canon EOS 5D Mark III.

Now, you might be curious as to why this camera made it to the top 10 list. Here’s what you need to know about this nifty gadget:

It is the successor of the widely popular EOS 5D Mark II, which was the very first DSLR camera to include a video recording feature launched in 2005. It was also the first affordable full-frame DSLR camera, which originally had a 12.8 megapixel sensor that produced exceptional image quality, giving the 5D series its superstar status. Today, 8 years later, Mark III has been introduced on the market, and it is believed to be the most anticipated camera for years. After all, it raised Canon’s game in terms of overall performance.

When viewed on the front, the EOS 5D Mark III greatly resembles its predecessor. But there are slight changes incorporated in it: the infrared port as well as the depth-of-field preview button can both be found on the grip. Aside from that, the self-timer lamp is moved up, while the monaural microphone is now above the EOS 5D logo.

The Mark III is equipped with an upgraded and bigger screen at 3 inches. It is also more detailed with 1040k dots. Although it has a 3:2 shaped screen, images can now fill it, which means that pictures will be displayed larger on the screen. Even 16:9 videos can now occupy a bigger percentage of the screen, making it easier for the user to focus on their subject.

Because the EOS 5D Mark III now comes with a 61-point AutoFocus system, just like the EOS 1D X. And the best thing about it is that 41 of them are cross-type sensors, plus five dual cross-points. This AF system is divided into three main points: the actual AF mode, which gives you the One Shot, AI Focus and AI Servo; the AF point or grouping; and the expanded system to help determine the motion and obviously the tracking. Canon intelligently included three parameters to describe the motion, including the Tracking Sensitivity, Acceleration / Deceleration Tracking and AF point Auto Switching.

Its shutter can feel and sound snappier, which means that is more responsive. Its shutter lag and viewfinder blackout times have been improved as well. And it has a silent shooting mode, allowing you to shoot your subjects quietly.

Yet, the best part of it all is the enhanced ISO performance, as it is believed to be nothing but absolutely amazing. In fact, you can shoot images indoors and get details that are similar to the ISO 3,200 on the Mark II. What’s more, you can set the shutter speed to the lowest before it bumps up the ISO with its incredible Auto-ISO feature.

With the Mark III, users can now shoot with two memory cards; a CF card and an SD card. This means that you can simultaneously shoot pictures and make backup files.