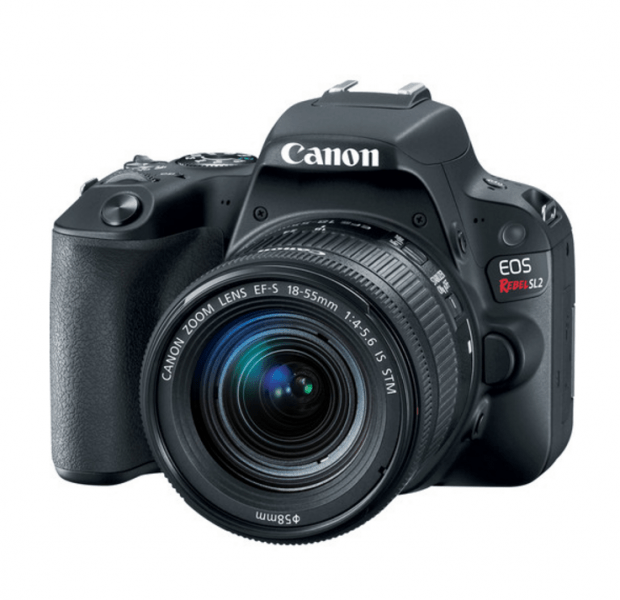 Canon adds more options to their entry-level lineup with the EOS Rebel SL2. The new model offers features made for a beginner: a small and light build and an easy-to-use interface. Known as EOS 200D outside the US, the SL2 is a successor the four-year-old EOS Rebel SL1 and comes with some new features.

The EOS Rebel SL2 is meant for beginners, and it shows. Its small build ensures it doesn’t look intimidating to someone who is just beginning a journey into the world of DSLR photography. And to cater to the needs of the style-conscious user, the camera comes in three finishes: white, silver/tan, and black. 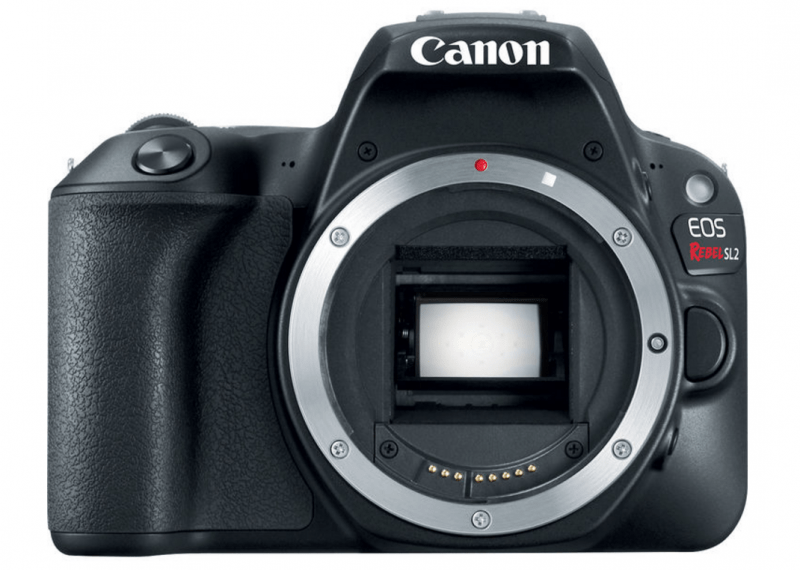 The body’s matte finish also gives the camera a pleasing look, especially given that this is an entry-level model. Since the SL2 replaces the SL1, changes are expected like a deeper grip and a few re-styled elements like the top plate. The mode dial is now recessed and new buttons for connectivity and display have been added. Movie recording is made easier with a new power control.

Some things have remained the same as well like the 9-point AF system. It’s a shame that Canon couldn’t offer more given this is a new model in a lineup and they have produced cameras with more. That said, the camera performs well both in conditions where there is good light and low light.

While the SL2 maintains a 9-point AF system, its performance is boosted by a Dual Pixel CMOS AF system, where phase-detect AF is used during live view and movie recording. Thanks to larger touchscreen, focus can be set with just the touch of a finger. Plus, this model comes with a vari-angle LCD for easier image capture.

Canon has equipped the SL2 with a DIGIC 7 processor, the same one used in its more expensive models. With this, users can expect a good performance, particularly in terms of responsiveness and speed. 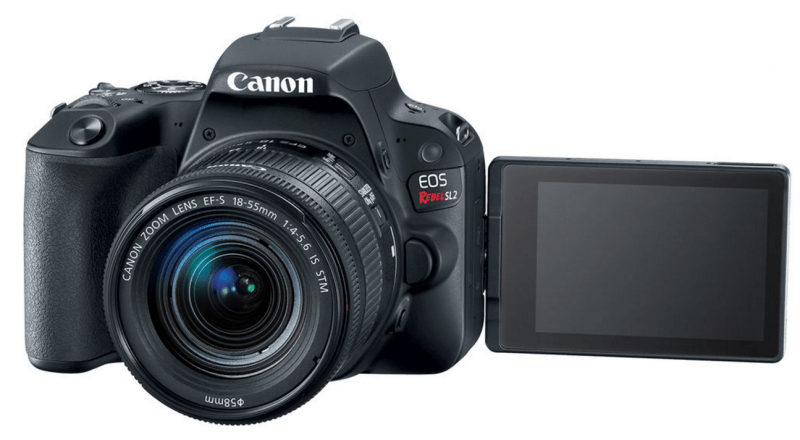 A few features from pricier models have made its way to the SL2 as well, including lens aberrations corrections, timelapse movie mode, and in-camera raw processing.

The Canon EOS Rebel SL2 has a 24.2 MP CMOS (APS-C) sensor, which is the usual standard with entry-level and midrange cameras. The sensor is more than enough to take high-quality images in different kinds of lighting situations.

Sticking true to being an entry-level camera, the SL2 comes with a Guided UI feature that uses graphics to help starters accomplish certain things. A user can also switch to a more standard interface if they have grown more confident with how to go about things.

Plus, users used to the instant connectivity and editing options that come with smartphone photography will find it easy to migrate to the SL2. Canon has made sure that shift will not be difficult by providing a selfie mode, controls for skin smoothing and background blurring, as well as WiFi, NFC, and Bluetooth connectivity options.

Video recording is another feature offered by the SL2, and although it can’t record in 4K, the Full HD option is quite sufficient. 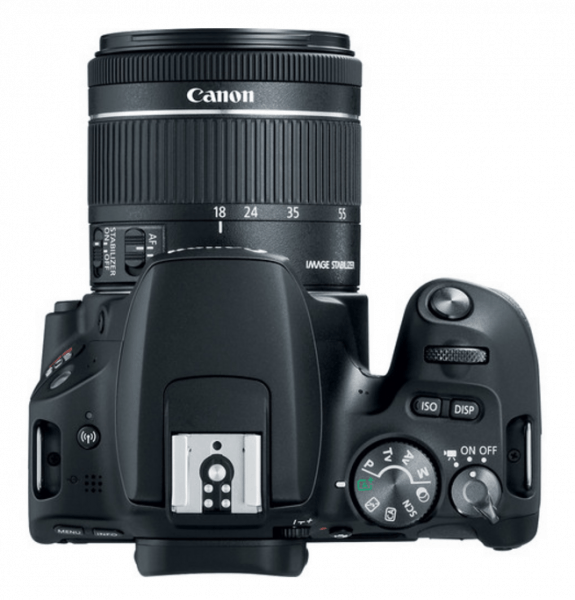 Canon didn’t skimp on features useful for beginners with the EOS Rebel SL2. Yes, the model may only have a 9-point AF system, but it makes up for it on other areas. Overall, this is a good camera that gives beginning DSLR users the tools to create great photographs and shoot stunning videos. 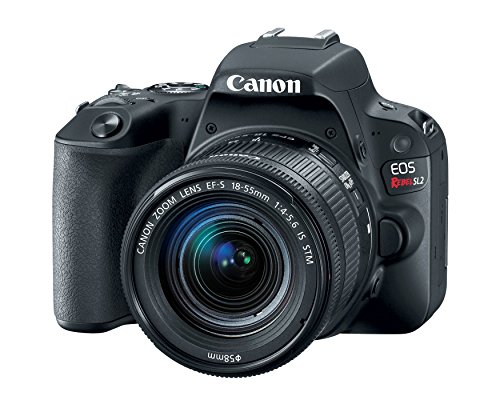 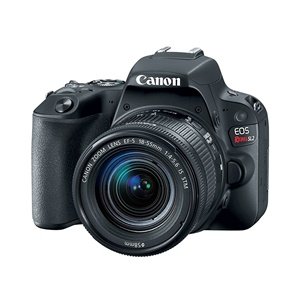