This saying is effectively personified in the trend of today’s electronics. Indeed, gadgets ranging from mobile phones to music players are now sleeker and more streamlined than ever.

The same could be said for digital cameras. In recent years, we’ve seen the departure from big bulky professional DSLRs to the compact, mirrorless versions. Canon, a known leader in digital imaging solutions, introduced the latest addition to its digital camera arsenal.

The new PowerShot SX70 is a great for anyone who’s looking for powerful performance in a compact digital camera. 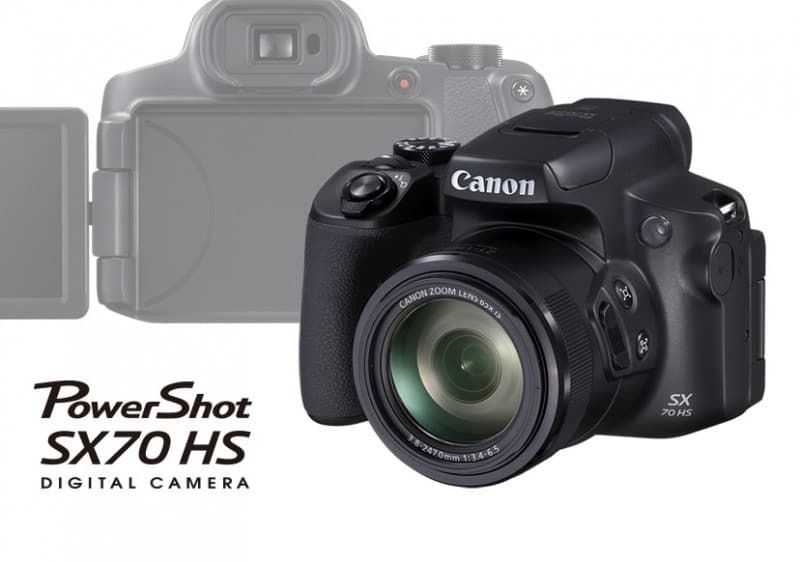 The compact Canon PowerShot SX70 features a 65x Optical Zoom Lens paired with a 20.3 Megapixel CMOS imaging sensor. It’s equipped with a minimum focusing distance of 0cm3 and has zoom up capability of up to 2730mm. All these features combine to create beautiful close-up shots as well as being capable of stunning wide-angle photography, without having to go about changing lenses.

Take crisp and clear film footage using the PowersShot SX70’s video capabilities. The OLED Electronic Viewfinder, approximately 2.36-million dot, high-definition, offers an accurate representation of what the lens is able to see. This is in addition to the 4k video shooting and grabbing features.

The latest Canon camera has is the first point-and-shoot that the manufacturer has made that’s compatible with the latest RAW format (.CR3).

The SX70 is also an improvement on its predecessor, the PowerShot SX60 HS, it now has a capable eye sensor on its viewfinder. This new eye sensor allows the user to activate the EVF camera display by simply bringing up the camera so that it is at eye level. In addition, the person using the camera now has a useful zoom switch on the barrel of the lens.

Canon’s latest Digic 8 processor is also among the highlights one can find in the SX70. With this additions, we should now be seeing an improvement in image quality when compared to the 16.1MP chip used by the SX60 HS.

It’s also worth mentioning that the camera’s image stabilization system is made better with the addition of a new image processor, which is able to reduce shake by as much as five stops.

The SX70 HS can shoot bursts at 10 fps with focus locked or 5.7 fps with continuous AF. UHD 4K video can be captured at 30p with a bit rate of 120Mbps. The SX70 continues to offer a microphone socket. The camera’s wireless connectivity includes Wi-Fi and Bluetooth.

Kazuto Ogawa, President, and Chief Operating Officer, Canon U.S.A., Inc. talks about the company’s move to streamline its cameras while ensuring that it’s still jampacked with practical features. “In this day and age, cameras are becoming smaller while the desired list of features continues to grow,…“Canon continues to be committed to incorporating the latest features in our compact cameras and the new PowerShot SX70 HS is our very latest version, providing the dynamic combination of a compact body, powerful zoom and robust features that photo and video enthusiasts alike will love.”, he explains.

The Canon PowerShot SX70 HS will retail at £519.99 / $549. Pricing of the camera in Australia will be set at the dealer’s discretion. It will be shipped at the end of November and should be available in time for the holidays.