You are here: Home / EP's Latest Camera News & Releases / Details for the Next Flagship Pentax APS-C DSLR Have Been Released

New PENTAX APSC Camera for 2020, Exterior in depth look. What do you think?

In a video posted to the company’s YouTube channel, members of Pentax’s Product Planning Department were on-hand to introduce a selection of new products that are currently in development, including the yet-unnamed flagship model of the brand’s APS-C DSLR series.

According to Ricoh’s Shigeru Wakashiro, the goal is for Pentax to create the best APS-C SLR model ever produced. It will be compact, durable, and functional, while employing every possible bit of technology available.

Unfortunately, the Pentax team shared only a few details. Still, it was clear the focus of this flagship shooter was undoubtedly the new optical viewfinder on a compact camera. 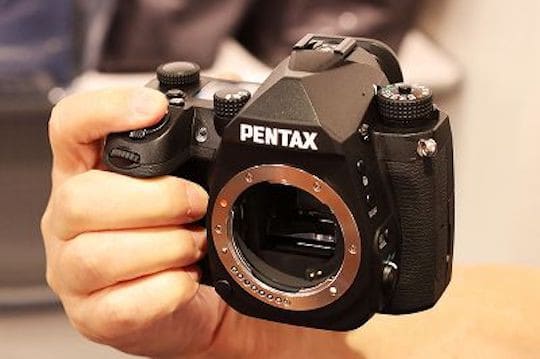 The new optical viewfinder was created for a more fun photography experience for the user. The viewfinder utilizes a special glass that is superb at refraction. It should provide a clear, distortion-free image at a 1.05x magnification (details below). There’s also an eye sensor below the viewfinder that automatically dims the LCD panel.

The eye cup protrudes 3mm further back compared to previous models. This reduces or prevents any contact between your nose the the LCD. Such innovation could hint at the camera having a touchscreen display, but Pentax has said nothing to confirm this. 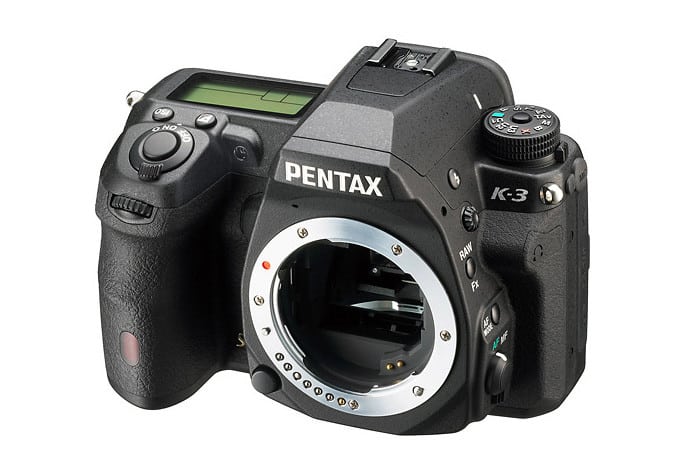 Ricoh is also targeting a magnification of 1.05x (0.7x 35mm-equivalent). This is to give this DSLR camera’s viewfinder the size and angle of view comparable to that of the full-frame K-1.

On the APS-C DSLR  series’ flagship shooter,  the rear screen is fixed with a non-tilting design. The pentaprism appears to have been reshaped as well. Perched on top of the new camera, it has a sharper profile that’s intended to echo how classic Pentax SLRs were styled. On the back, the focus point lever has been modified to improve the ‘finger hold’. 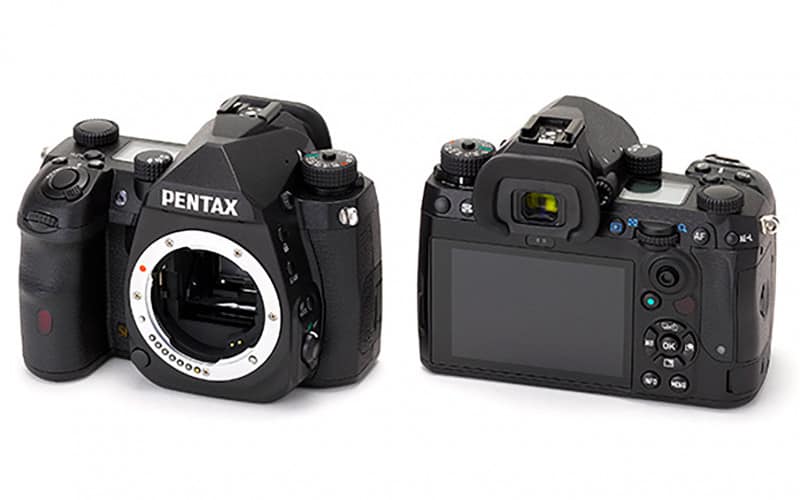 Pentax is also working at extended vertical shooting courtesy of the new, custom-made battery grip with vertical controls. Representatives from the Planning Department also mentioned that the new camera will have improved autofocus as well as improved tracking performance and drive system. A battery grip will also be available for the camera and it will share the same dials and AF joystick as the body.

A prototype of the flagship model for the APS-C DSLR was shown at the Pentax 100 Years of History in the Netherlands last year. Its formal unveiling would have been at this year’s CP+, one of the largest annual photo industry trade shows in the world. Unfortunately the event, which would have been held in Yokohama, Japan was canceled to the Covid-19 pandemic.

Though there were delays in introducing the camera, Ricoh still hopes that it will still ship on schedule of the end of the year.

Despite the sparse details provided on the Pentax APS-C DSLR’s flagship model, it’s quite clear this compact DSLR packs quite the punch and that we can only expect great things from it.