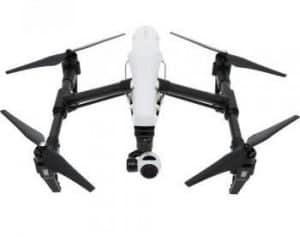 Aerial filming is so much easier these days what with all the drones available in the market. Add to this the many action cameras that are compatible to most drones and capturing pictures and videos from the top is easy peasy. The day of buying two separate devices are over, however. All you’ll ever need is the Inspire 1, the all-in-one aerial filming device.

Living up to its integrated system, Inspire 1 is designed ready to fly whenever and wherever you need to capture an image or record an event. It has a sleek aerodynamic body that is lightweight, despite the many technologies packed into it, including powerful motors, large propellers, smart flight controller and a camera. It is flexible as it is stable and responsive. Inspire 1 has strong carbon fiber arms that contributes to its easy maneuverability, and equipped with DJI’s 3-axis gimbal technology.

The camera and gimbal system combination makes this device a must-have for aerial filming. Its camera, which is dubbed as the X3, can record videos with 4k resolution at 24 to 30fps. When at 1080p, it films at 24 to 60 fps. It also captures stills at 12 megapixels. The 94-degree wide angle lens eliminates distortion and films crisp and clear imagery. It also features a Sony EXMOR 1/2.3-inch type sensor with an f/2.8 20mm lens. The camera is detachable, by the way, making it scalable and ready for future improvements. It also rotates 360 degrees, allowing you to film in a way that is independent of the drone’s movement

If you have been looking for a drone that will fly indoors without any problem, it is high time to end your search. Inspire 1 is equipped with technologies designed for indoor flying. The Optical Flow technology and sonic waves work in tandem, so that the drone will hold its position, stop upon the release of the controls, and respond to your commands even without the GPS. The Optical Flow system uses a specially designed camera to do its job to a T.

Inspire 1 is one of those technologies that resulted in makers pushing and ignoring boundaries. Ready to give aerial filming another shot?