For their newest offering, DJI combined the best features of their most affordable drone, the Spark, and their most effective prosumer model, the Mavic Pro, and put it into one small package: the Mavic Air.

Space is important to both travelers and outdoor enthusiasts. It is with their needs in mind that formed the basis of DJI’s newest camera drone. The Mavic Air not only inherits the best features of DJI drones, it can also be easily stashed away and is much better at avoiding issues while in flight.

Announced at an event in New York City, the Mavic Air features 4K video capability for high-quality images, new QuickShot modes and SmartCapture for better photo and video capture, and FlightAutonomy 2.0 with Advanced Pilot Assistance Systems for a smoother time in the air.

DJI president Roger Luo said that with the Mavic Air, the company has further pushed the attributes that made the Mavic Pro a success.

A portable and powerful design 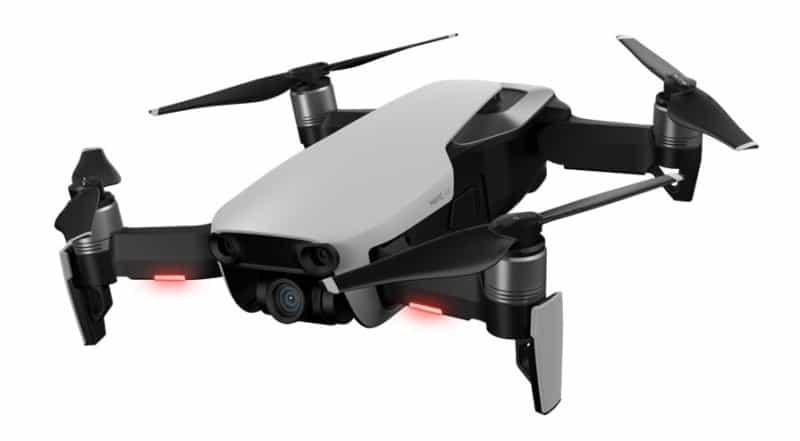 The Mavic Air is light and coming in at 430 grams makes it the most portable drone DJI has created. It is equipped with folding arms that when folded reduce the drone to the size of a modern smartphone.

Vibration issues are addressed by suspending the three-axis mechanical gimbal from dampeners resulting in steadier shots. High-quality stills and videos are guaranteed thanks to a 1/2.3” CMOS sensor and a 24mm-equivalent F.2.8 lens.

With the use of new HDR algorithms that preserve highlights and low light details, the new Mavic Air can be used for shoots beginning from sunrise until sunset. The drone can capture 4K video at 30fps and can also shoot slow-motion 1080p video at 120fps.

This is also the first DJI drone where footage can be immediately saved on board (it has an 8GB internal capacity). Additional storage is offered by way of a micro SD card, plus media transfer is made easier with a USB-C port. 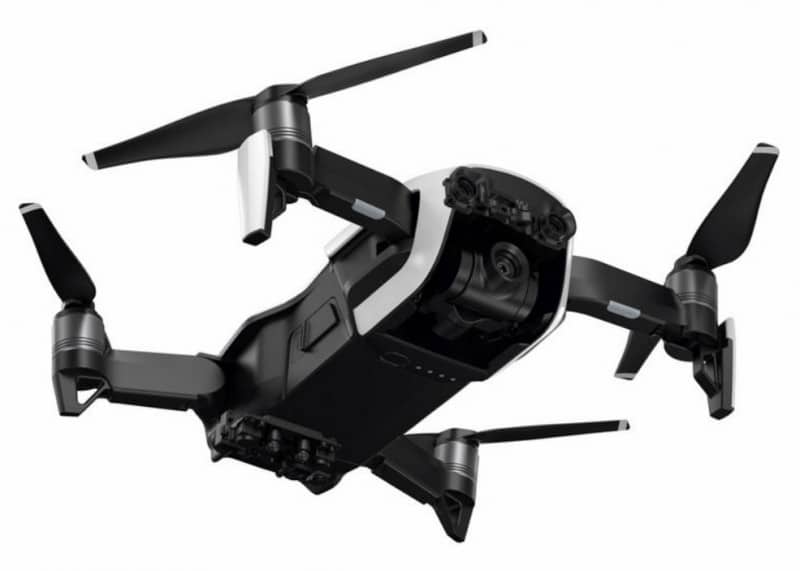 The DJI Mavic Air is designed for users of all levels. With predefined modes to choose from, users can easily take panoramic images or creative videos. The Sphere panorama feature stitches 25 images together, resulting in a 32MP panoramic image. Multiple panorama modes are also available which allow the creation of 180-degree, horizontal, and vertical images.

The Mavic Air’s predefined modes also extend to video with several predefined flight paths for more creative footage. In Asteroid mode, a shot will start with a spherical image then it zooms down toward the subject. Boomerang mode follows a circular flight path, ending with where it started.

With more sophisticated computing capabilities and enhanced algorithms, the Mavic Air is a much smarter drone that can avoid obstacles and fly in different terrain with little hitches. Using FlightAutonomy 2.0, the drone gathers information from seven onboard cameras as well as infrared sensors to map out its environment to ensure precise navigation. The Advanced Pilot Assistance System helps with navigating complex outdoor environments.

The DJI Mavic Air is available in Arctic White, Flame Red, and Onyx Black and will retail at $799.