[vc_row animation=””][vc_column width=”1/1″][vc_column_text] Assistant hockey coaches are sometimes given the task of editing footage of goalies in action for use in analysis. The job is done with the help of video-editing software and a desktop computer. However, hockey matches don’t exactly last a short while. On top of that, tons of action happens in the span of just minutes. That just means that a lot of footage needs to be dug up and marked for team viewing.

Such was the life of Mitch Baker when he was an assistant coach at Bethel College in St Paul, Minnesota. However, these days, life is so much more easier for Baker now that Double Blue Sports Analytics has a product called 360 Save Review System.

What used to be a painstaking process can now be done with relative ease. Here’s how the system works: 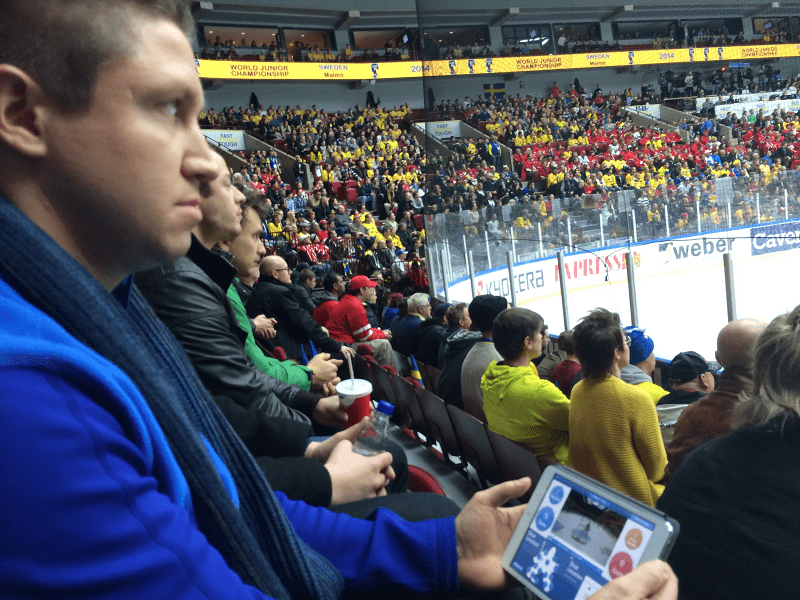 Baker now owns a hockey-training company in Shoreview called Premier Goaltender Development and the 360 Save Review System has definitely come in handy. He works with goalies of all ages, including college athletes and professionals. For Baker, the system has allowed him to spend more time with players rather than in an editing room.

With the help of the system, goalies can finally see what the coaches are seeing. For example, coaches can provide evidence that their goalie was truly out of position when they play happened.

360 Save Review System was created by Dan Kerluke, a former player and assistant coach from the University of Maine.

Where Double Blue Got the Inspiration

Kerluke remembers the exact moment when the inspiration for his system came. It was at a University of Maine game against Merrimack College. While he and coach Dave Alexander were documenting the goalie’s actions, a fan shouted “There has to be an app for that!”

That launched Kerluke, Alexander and now chief technical officer Tim Westbaker started on a quest to develop their hockey analysis product through the school’s tech-startup incubator. The project then spun off into Double Blue Sports Analytics.

Double Blue’s system is more than a year old and it has gained a client in the Pittsburgh Pirates of the NHL. According to Kerluke, the capabilities of their system match those of the pricey video-tracking equipment used by the NHL and at lower the cost. 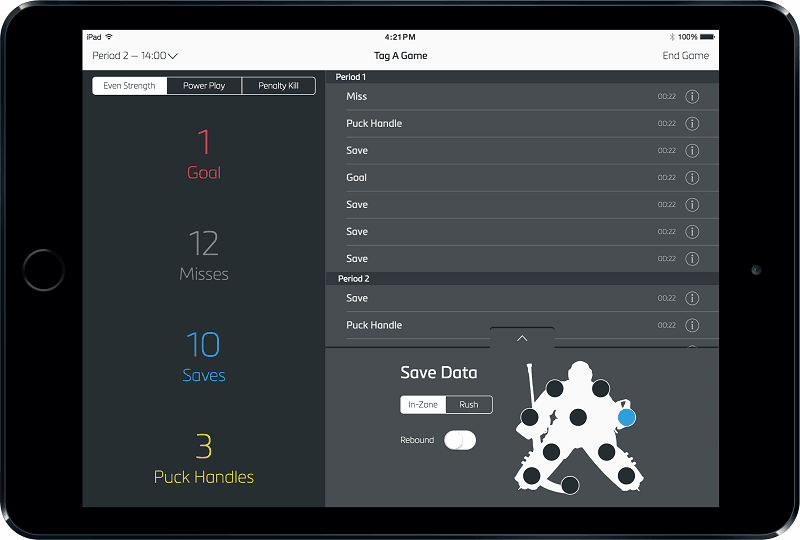 While Double Blue is working on version 2.0 of their goalie-tracking system, they are also developing new products related to hockey development. One such program is called the 360 Team Review System which allows users to tag the movement of all players for later analysis.

Double Blue is also venturing into the consumer market with CampCast, a shooting-and-tagging product meant for summer camps and sports clinics for children. In addition, its use can be extended to weddings, daycare centers and retirement homes.

With CampCast, every person captured on cam can be tagged for a particular segment. These segments are then organized accordingly for sharing. Through this, parents who want to know how their kids are doing at camp can access clips created by CampCast and view them on their computers.

A coach at hockey camp can also make use of CampCast. They can organize children into groups by dragging and dropping their pictures within the app. Kids shown in certain footage can be identified through their head shots.

When hockey season is over, Baker doesn’t get much access to players. But the goalie-monitoring system from Double Blue can serve as a connection between coach and player during the off season.

Bakers clients still use the technology when they are training elsewhere and show him the footage. Even when far away, Baker can still provide instruction on the clips sent to him by goalie clients.