[vc_row animation=””][vc_column width=”1/1″][vc_column_text] An aerial shot of a property is without question a good marketing strategy. Rather than just get a shot of a home’s facade, taking a picture from way up shows not just the house but the entire property too.

For instance, trying to sell a home in the Mystic Valley Parkway in Medford, Massachusetts is promising even without the photos. The area is known to be beautiful, but a photo from about a hundred feet above the ground gives potential buyers a much more different perspective of the place. With an aerial photo, they get to see tree-lined parkland with the Mystic River just close by.

Realtors Asked to Proceed with Caution in using Drones 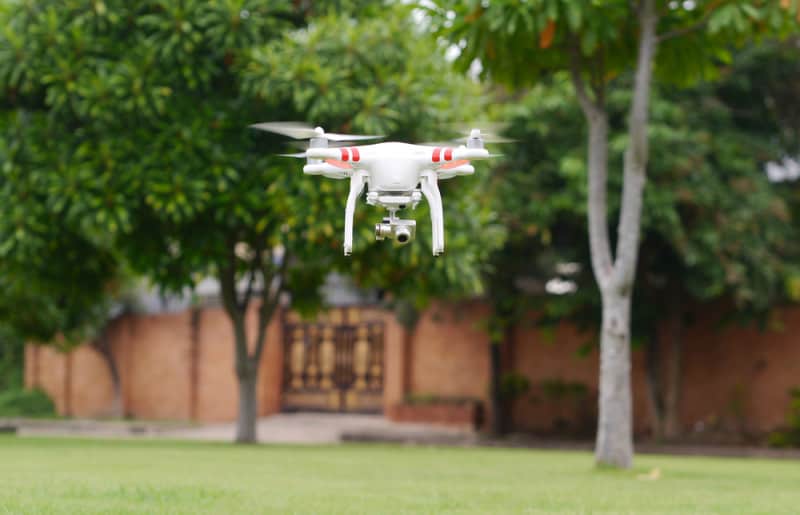 Jonathan de Araujo, a real estate broker, was tasked with selling a home in Medford. To promote the property, he created a sales video which featured aerial images taken by a drone.

While the strategy might have worked in achieving its desired visual effect, the Federal Aviation Administration (FAA) thinks otherwise. The FAA allows drone hobbyists to fly their drones, but is restricting any commercial use unless the operator files an exemption. For de Araujo, getting his practice legal is something he hasn’t done just yet.

Then again, the harshest punishment de Araujo would receive at this point would be a fine. Right now, the FAA is still working out rules for the commercial use of drones. It’s worth noting that big names like Amazon want to use it for package delivery services.

There are occasions when using drones for aerial photos of properties just don’t make sense. One instance is shooting images of homes in compact urban areas. For realtors, showing homes too close to each other may dissuade buyers. In other words, they are best used for homes in wide open areas.

As wonderful as drone shots are to market a property, the Massachusetts Association of Realtors is asking real estate brokers to skew the legal way. However, the association recognizes the potential drone photography can bring to realtors. Using drones is a cost-effective way to get aerial shots, but the association prefers realtors seek third parties to do the task.

While realtors like de Araujo are taking the do-it-yourself route, others like David Murdock of Boston’s Campion & Co hire third parties to do the task. In this case, they turn to Matthew Murphy of Boston Virtual Imaging. Murphy hasn’t filed for exemption either, but he has a private pilot’s license with 120 hours accumulated in flight time on small planes and helicopters.

Murphy’s use of drones for real estate shoots dates back to even before the FAA started issuing exemptions – the FAA started a bit late on regulating drone use. Murphy said that he’ll apply once the FAA has finalized their regulation.

While Boston Virtual Imaging charges $800 for services, they are getting competition from local drone operators who have FAA exemptions. Meaning, they are fully legal. One such operator is Patrick MacAllister of Aerial Optics in Marshfield. He too flew helicopters for a living and now offers drone photography services for realtors.

The FAA provides exemptions to people with commercial or private pilot’s licenses. They can fly drones that weigh less than 55 pounds at heights below 400 feet. Plus, they need to fly the drone within visual range and can’t fly the drone over cities or within five miles of a major airport.

While taking an aerial photo looks great and all, it doesn’t provide a complete picture of the property. Buyers also want to see the inside of a home. The latter part is what drone operators like MacAllister can’t provide. Even so, he uses other means to do business in real estate. For instance, his drone carries an infrared camera which can detect heat leaking from a building – a helpful feature when doing energy-efficiency audits.

Right now, realtors are gambling with their use of drones for marketing homes. But like most issues, all this will most likely be forgotten once regulation is in place and drone videos are a staple of a home sales pitch.
[/vc_column_text][/vc_column][/vc_row]