You are here: Home / 5k & 6K Camcorders / EPIC MX vs Scarlet – Same Company, But What Sets Them Apart? 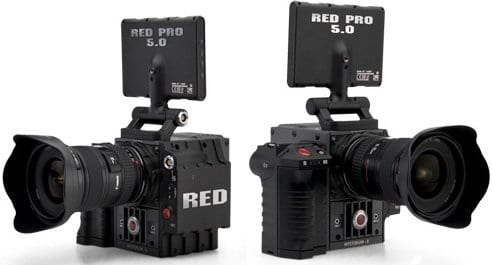 EPIC MX vs Scarlet – Same Company, But What Sets Them Apart?

The EPIC MX and Scarlet are both made by the same company: RED. Both are very much capable of shooting 5K with a super 35mm sensor – although the Scarlet has 6K ability. When it comes to price, the Epic is definitely much more expensive. In some ways, the Scarlet is treated as the little brother of the EPIC – almost the same specifications, but different in prices.

However, what else sets these two apart? What environments are they best suited for? Surely there must be a difference other than their retail price tag. Well, that is what you’ll get from this post: a differentiation between these two somewhat similar cameras created by the same company.

They are both capable of 5K, so how are they different?

The electronics used in both the Epic MX and the Scarlet is pretty much the same. They both have the same solid state drives (SSDs) and VMI supply with these devices are either 256GB or 128 GB.

They are both capable of producing 5K results, but keep in mind that the Scarlet is also marketed as a 6K camera with the dragon addon. That being said, when you just stick with the 5K capability, both are pretty much reliable and produce great shots with this image size.

Although they are both capable of shooting with a 5K resolution, as a user, you also have to bear in mind allotted space. 5K eats a whole lot of your space and while you can always invest, you also need to learn how to control, especially when you’re still starting out.

This is why it’s also quite recommended if you stick with shooting 4K with both cameras because the quality you get is still superb. Basically, the market today is still getting used to the concept of 4K and its best if you get acquainted with it too before springing up a bit higher.

They can increase dynamic range

Both the Epic MX and Scarlet can shoot stills at 5K, and they do it quite well. Since shooting at this high level introduces instability issues, these cameras have a way of dealing with it through their HDR feature.

With HDR, these cameras can increase dynamic range up to 14 stops by combining 2 frames together. Each frame has a faster and slower exposure taken.

When it comes to shooting capabilities, there are areas where the EPIC just seems more superior than the Scarlet. For one, it can take up to 400 frames per second (fps) while the Scarlet has a maximum of 120 fps. This means that the Epic has advantage over the Scarlet when it comes to slow motion capability.

Here are other shooting capabilities to know of:

Both the Epic and Scarlet allow 12 to 16-bit RAW to be recorded. They also allow a compression from 18:1 to 3:1. What this means is that you can choose the quality and size of your choice to suit your needs.

To sum all things up…