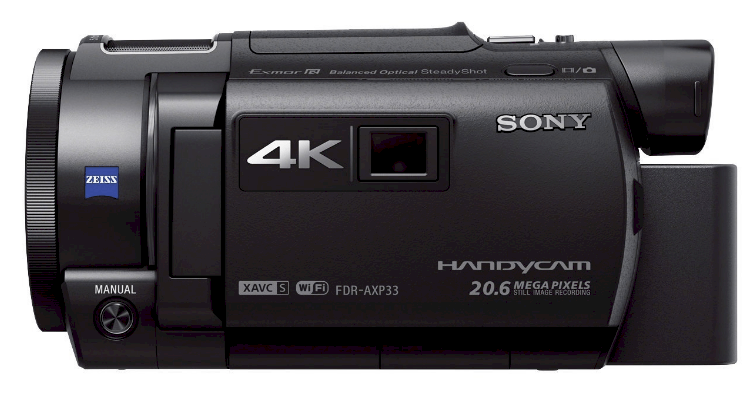 With the Sony FDR-AXP33 4K Handycam, you get a device that is around 30% smaller and 20% lighter than the current 4K camcorder that Sony has in the market. In addition to that, the latest 4K-enabled Handycam is capable of supporting the XAVC S recording format – which is deemed a very efficient format that is easy to store, edit and share. 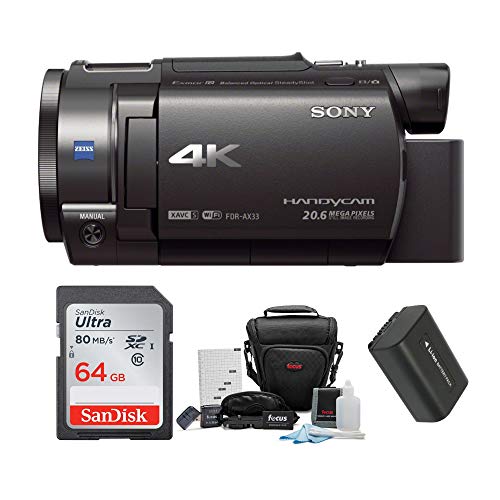 Sony FDR-AX33 4K Camcorder with 64GB...
$749.99
Check Price
CES 2015 | Sony Handycam FDR-AX33 4K Camcorder | Ultra HD | FDR-AX33/B | 100Mbps | SmartReview.com
Sony FDR-AXP33 offers a bit-rate of 100Mbps – which is a new high – that allows the delivery of clearer and sharper footage. The FDR-AXP33 is also the first 4K camcorder from Sony that features Balanced Optical SteadyShot or B.O.SS, a powerful image stabilization system that is designed specially for 4K video.Refinements were also made to the style of the camera, including the control system. The new design control system now includes a manual ring and a button which can be assigned functions such as zoom, focus and exposure.

SONY FDR-AX33 Test Footage
animation=””][vc_column width=”1/1″][vc_column_text]The FDR-AXP33 4K Handycam also features an ISO-compatible Multi-Interface shoe, which is able to accept several add-on accessories. The camcorder also has a high-performance electronic viewfinder (EVF) that allows three times more detail than previous models. Also, the camera has a 3-inch wide Xtra Fine LCD with WhiteMagic display.
With the supplied HDMI cable, you can play back the footage you took on a 4K television set. Another alternative method is to connect the camera to any Full HD TV for super-sampled Full HD playback.
The zoom lever or on-screen icon can be used to “trim” 4K images by cropping backgrounds and blowing up a part of the frame in order to fill the screen with Full HD quality.
The FDR-AXP33 4K camera also has a built-in projector that has 50 lumens brightness. With this feature, you have an instant theater anywhere you want. You don’t have to wait to get home to view the footage you took – you just need a surface where you can project the video you shot. Also, with an input jack, you can output video from external sources as well.
Other Notable Features: