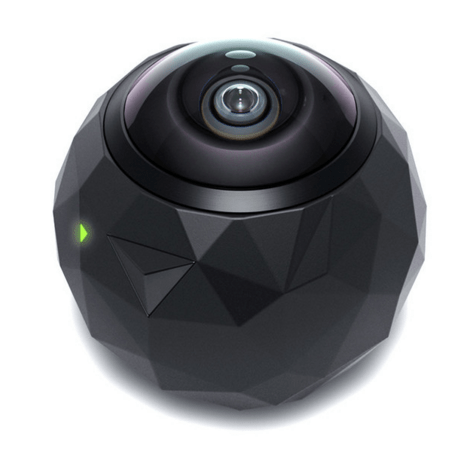 360Fly, Inc., the maker of the only single-lens camera in the world that can capture stitchless 360-degree videos with virtual reality and interactive viewing capabilities, has unveiled at the 2016 Consumer Electronics Show (CES) at the Las Vegas Convention Center their new 360 degree camera that can capture 2880 x 2880 4K video (which is 4x the resolution of its predecessor) at 30fps, while generating immersive, VR-capable content. Aside from this, the new camera offers a host of fresh capture modes, including 2560 x 1440 resolution forward facing, time lapse, and motion, acceleration and audio-triggered recording, not to mention that it can now track telemetry data as well. Additionally, the 4K 360Fly camera incorporates a GPS sensor, accelerometer and barometer/altimeter. It can even produce an output of 360 degree videos in real time, with the addition of a Micro-HDMI accessory base (though this is optional). 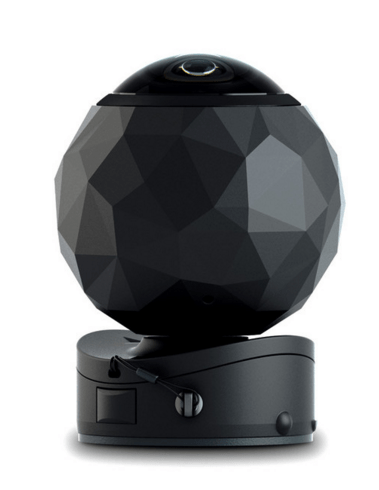 The new camera from 360Fly has made quite an impression on fans at the CES show floor. Even though the unit only employs a single sensor, it captured and produced videos that appeared seamless on both a Gear VR headset and a smartphone. Also, 360Fly has partnered with Bell, Riddell, Giro (BRG) Sports to create a line of smart helmets that can offer flexible views, sinking the camera directly into the head protection’s crown. When riding, this combination of the helmet and camera would help prevent the wind buffeting that you will experience with blocky units from GoPro that are just strapped to the helmets. The BRG helmet is revealed to be ready for release this fall, but there are no details yet on the pricing.

Front-Facing Mode – Not every situation would require a 360-degree field of view, so during those times, this camera will allow you to record in a 16:9 aspect ratio at 2560x1440 resolution, with a field of view of 178x100 degrees.

Time-Lapse Video Mode – With this feature, you can tell a story in a dramatic fashion by capturing 360-degree time-lapse videos. Also, you can choose various shutter intervals, from 1 to 60 seconds.

Motion and Audio Detection Mode – This mode will make the 360Fly 4K camera to automatically start recording based on any sound or movement. This is great for monitoring or surveillance situations.

Accelerometer Activated Record Mode – Not every environment is smartphone-friendly, so this new camera would activate record mode by just shaking it. For example, when skiing without your smartphone, it might be difficult for you to use the OnePush button while wearing snow gloves, so a simple shake of the camera will start recording. 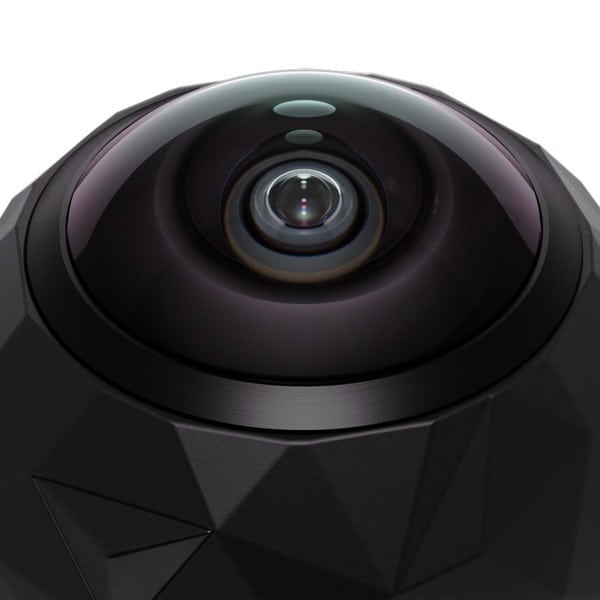 Aside from the modes, this new camera also offers telemetry. It features a built-in GPS sensor that functions to tag locations, as well as an accelerometer and barometer/altimeter, powered by an advanced Snapdragon 800 processor from Qualcomm. This means that you can now track speed and altitude, as well as edit such data as an overlay into your 360-degree video content. The cam also features OnePush Button Color-Coding for clearer visibility and mode recognition.

“Based off feedback from current 360fly users and 360fly brand ambassadors, the 360fly 4K camera represents the next evolution of features, like 4K video and live streaming,” 360Fly CEO Peter Adderton said. “With the addition of the 360fly 4K camera to the product range we expect to reach new markets and users. The evolution continues as we set our sights on new products and innovations, designed to democratize virtual reality content for the masses.”

In the first place, it has been the mission of 360Fly to put into the hands of consumers the power to create immersive personal VR content, which is now enabled by the new camera’s proprietary single-lens and stitchless video technology, as well as its Android and iOS mobile app. Through this application, you can easily shoot, edit and share content. For advanced, professional and commercial users who want to live stream 360-degree videos, the new cam pairs with its Micro-HDMI accessory base to be able to produce real-time full 360-degree HD video streams, offering a truly differentiated live-viewing experience.