In 2018, Fujifilm revealed the idea for a GFX 100-megapixel camera at Photokina 2018. Since then, photography enthusiasts have waited for the camera maker to launch the camera it promised.

Almost a year after that event, the Fujifilm GFX 100 mirrorless camera was introduced to the market and it became a hit right away. The flagship model of the GFX series and the third one to feature the Fujifilm G-mount, this camera comes in the regular GFX 100 and the GFX 100 IR.

At $10,000, the GFX 100 is an expensive camera. But once you see its features and compare it to other more expensive cameras in its class, you’ll see that the price is actually quite reasonable. While its 100-megapixel capability really brings the buck on this camera, it also has a lot of other features that make it a great investment if you’re serious about photography. 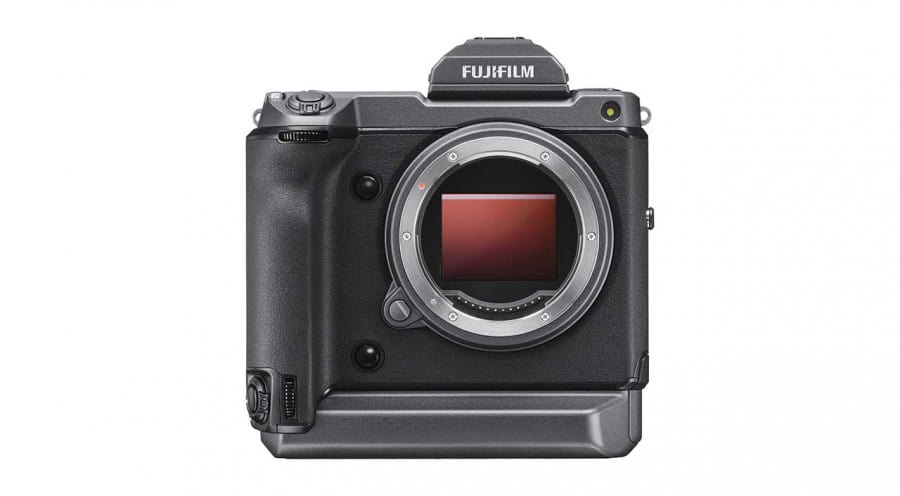 For starters, the GFX 100 has that 100MP sensor that you won’t find in any $10,000 camera today. This medium format camera also features an intuitive menu system, phase detection autofocus, and in-body image stabilization, the first of its kind in the world. You also get an anti-shock shutter mechanism that adds more stability to your images by reducing the risks for vibrations while you’re shooting.

When it comes to operating the camera, you’ll see that it features dual grip with one dedicated for portrait orientation. Although some of its buttons feel cheap to use, you get added value with the two-way tilting rear LCD that’s also present in the GFX 50 and X-T2/X-T3 models. The panel has a 3.2” 4:3 screen with 2.36M-dots, which is ideal for shooting in different angles.

The GFX 100 was designed with studio shooting in mind, which is why it has different ports mostly for video usage. You also get twin batteries that lets you enjoy over 800 shots per charge. This means you can shoot for longer hours without constantly worrying about your battery life. 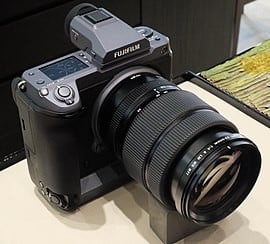 The Fujifilm GFX 100 has its hits and misses. Overall, it’s an excellent camera that features a lot of firsts in its category.

Although it’s not the cheapest camera out there at $10,000, it’s also very efficient in terms of image quality, ease of use, features and a lot of other things. So, if you’re looking for a good medium-format camera, this could be the perfect option.