The Fujinon MKX18-55mmT2.9 and Fujinon MKX50-135mm has been added to Fujifilm’s interchangeable lens lineup for the mirrorless digital camera X Series. Scheduled for a June 2018 release, the lenses are light without sacrificing high optical performance. These are the first full manual cinema lenses compatible with the X Series.

In the 35mm  format equivalent, the MKX18-55 covers a 27mm to 84mm focal range while the MKX50-135mm covers a 76mm to 206mm distance. Both lenses add to the lens lineup available for X series cameras, which have been used for shooting movies on a small budget. 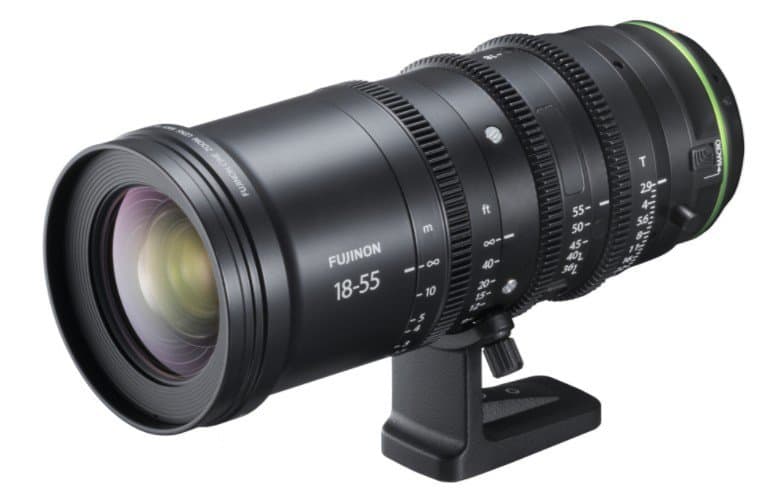 High optical performance in a compact and lightweight body

The MKX lens lineup shares features with the MK lenses for E-mount cameras, only this time it is for the X Series. The lenses cover a focal length starting at 18mm and ending at 135mm – the usual focal length used in video production.

A T2.9 aperture is also maintained across the entire zoom range. The highly popular bokeh effect with shallow depth of field is easier facilitated with this kind of aperture.

An electrical contact in both lenses act as a communication for the lens and camera. It corrects distortion and also enables different color expressions using Film Simulation mode.

The front-focusing lens group and the zooming lens group operate independent of each other. As a result, focus shift is minimized when zooming which then cuts the amount of time needed to refocus after zooming in and out of a shot.

Lens breathing, which is the change of angle of view during focusing, is also reduced thanks to the use of a front inner-focusing system. With this, resulting footage will feature smooth focusing throughout. 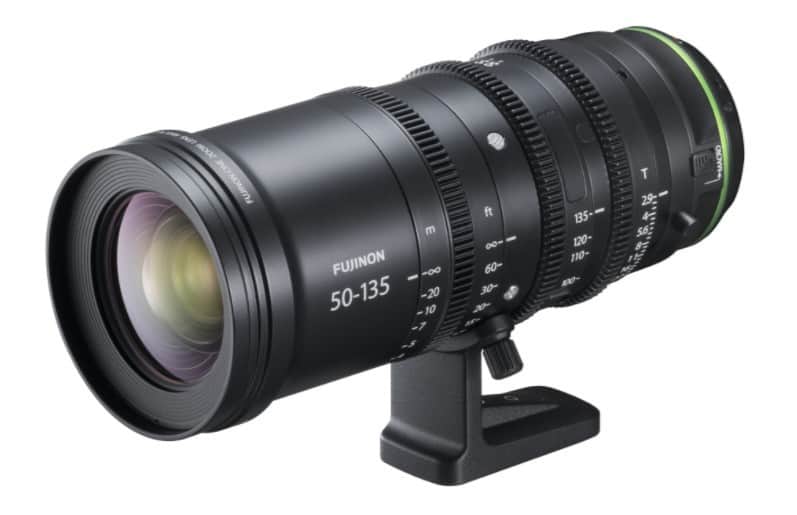 The focus ring of the lenses can rotate a full 200 degrees, enabling precise focusing even when a shallow depth-of-field is used that requires a high degree of precision.

Both Fujinon lenses feature three fully manual rings, making focus, zoom, and iris independent of each other. This enables intuitive operation, which is difficult to achieve with an electrical mechanism as it leads to time lags.

Standard third party accessories used for video production like Follow Focus can be used with the lenses as all of the operation rings have a 0.8M gear pitch similar to other Fujinon cine lenses.

The MKX18-55mm and the MKX50-135mm both feature a standardized design. The front diameter of 85mm, the filter thread of 82mm, the matte box, and filer can be shared.

The gears for the lens’ three rings are in the same position, which is quite handy as it eliminates having to reposition accessories should there be a need for switching lenses.

Both lenses come with a macro function for shooting closeups thus making the lenses a good choice for shooting a wide range of shots.