Adventurers seeking to document their experiences simply cannot take their smartphones with them and hope it survives a dip or a fall. GoPro is providing a solution to this dilemma in the form of its new entry-level HERO camera. For $199, users can achieve what they couldn’t with a smartphone camera but also be able to share snaps and videos with ease. 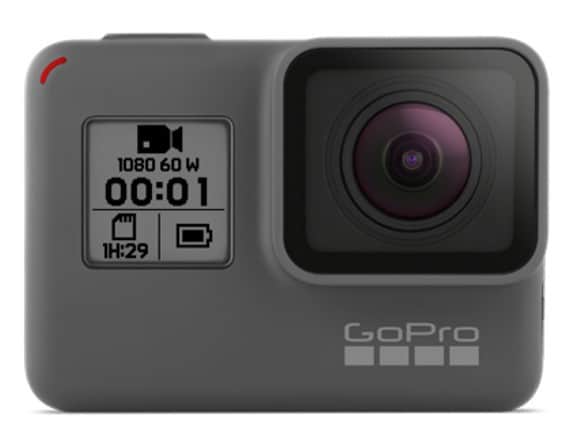 GoPro has become synonymous with action sports. They have made a fortune in the action camera market and they intend to bring some of those benefits to casual users.

The new entry-level HERO bears the same look as the higher-end models, Hero5 and Hero6, but is marketed for “kids, adventurous social sharers and travelers.” It is a “go-anywhere, capture-anything” camera that makes it easier to capture moments that would have been difficult using a smartphone.

Like the more expensive higher-end GoPro action cameras, the HERO comes with a two-inch display. It is also waterproof up to 30 feet and is “extremely durable.”

Smartphones make it easy to document adventures and immediately share them on social media. Taking a cue from that, the HERO offloads photos and videos to the GoPro app, which creates videos that can be shared immediately.

GoPro even ups the service by providing a PLUS subscription service. It offers cloud backup, replacement for damaged cameras, 20% off accessory discounts, and more. The subscription costs $4.99 a month and can be canceled anytime.

With every GoPro model released since 2015 bearing the 4K feature, it’s somewhat of a surprise then for this model to not have it. Then again, the HD video capture and 10MP still capability works fine for entry-level users.

Users also don’t have a reduction option for video and photo capture. The camera takes 10MP stills and shoots 60fps video at 1440p or 1080p, but users can’t go lower or higher or even grab slow motion footage or create a time lapse.

Retaining the same body as higher-end models not only helps with manufacturing; it also presents advantages for users. With the same body as top-of-the-line units, the HERO can use the more than 30 mounting accessories already available.