You are here: Home / Photography Tips and Techniques / A Guide to Photographing the Northern Lights or Aurora Borealis

There is no better word to describe seeing the Northern Lights – or Aurora Borealis – than “magical.” Who wouldn’t be amazed at the mixture of greens and yellows and even some reds, blues, and violets in the sky? As great as they are to witness, you’d also want to preserve a memory of that stunning sight. How can that be done? 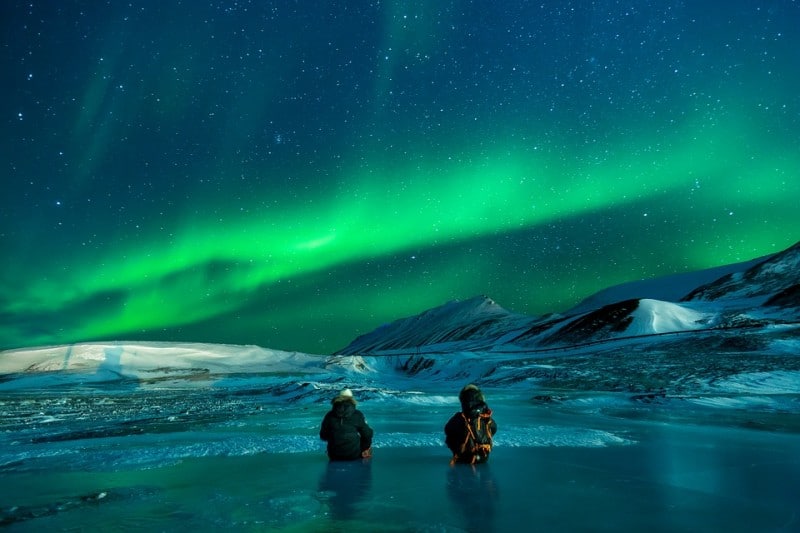 Learning the basic details about the Northern Lights can help you plan better and take good photographs. The lights are basically discharged particles from the sun that enters the magnetic field of the earth then creates light when it mixes with atoms and molecules in the earth’s atmosphere. Particles that collide with oxygen produce green and yellow lights while those that come into contact with nitrogen create red, blue, and violet light. The shape of the lights can be either static or dynamic; strong solar flares produce the latter while minimal flares create the former.

As its name suggests, the lights can only be witnessed in the Northern Hemisphere. Iceland may be the most popular destination, but other countries in the north such as Alaska, Canada, Finland, Norway, and Sweden are also good spots to see the lights. Your chances of seeing the Northern Lights increase during the winter months, which is a period where light pollution is low and atmospheric conditions are clear. The ideal location is in places between 68 to 74 degrees latitude in the Arctic Circle.

Time is clearly an issue when trying to photograph the lights. It is a fact that you can leave a location without ever seeing them. But the good news is that there are tools that can increase your chances of witnessing the lights. Here are some of them:

Smartphones CAN capture the aurora but the quality won’t be that good. You will need the following at the very least:

There is no fixed setting for taking photos of the aurora but there are ideal settings. From there, you can tweak them as you see fit. Here they are:

The Northern Lights are elusive and you should prepare yourself for disappointment. However, the tools provided here along with the photography tips can increase your chances of seeing the lights and preserving that memory in a photograph.