Aerial photography provides a different vantage point for a scene, be it in a nature documentary or a sweeping view of a particular location for a film. Hasselblad has introduced a model into the market with the A6D-100c, a camera equipped with advanced features to further enhance shots taken from above. 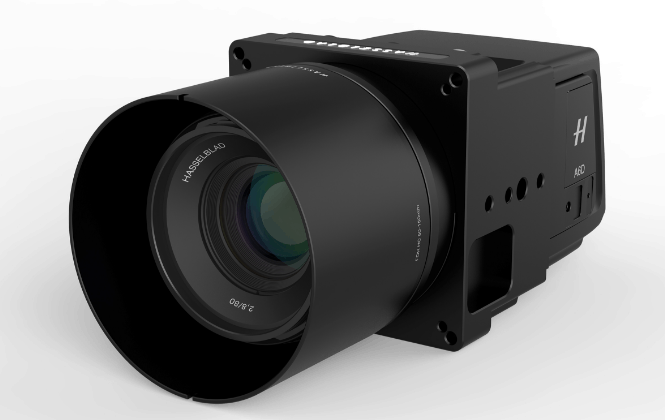 The A6D-100c borrows many features from its predecessors but has also evolved to provide something much better. Features from older Hasselblad models have been proven effective and as such, were incorporated into newer models like the A6D-100c. What separates this new camera from the rest of its family are embedded technological improvements that make it a far better camera despite its shared features.

A number of features make the A6D-100c an outstanding aerial camera. For one, up to eight cameras can be synchronized within 20 μs using just a simple bus-type connection. With this feature in place, problems that arise in post-production due to un-synchronized exposures are prevented.

The Hasselblad A6D-100c can support nine H System lenses which have secure locking mounts that limit vibration and flexing resulting in footage where the image plane and sensor are in parallel position at all times. With a focal length range from 24 to 300mm, the lenses can be used in almost all applications. Also, the new-generation leaf shutters for the lenses last longer which guarantees reliability during flight. The supported lenses include:

Exposure time has also improved in the A6D-100c: it’s now 1/4000 of a second. With this, images are guaranteed to not just be sharp but crisp as well. Typically, FMC systems can only cover a single-direction movement but thanks to this camera’s fast leaf shutter-based exposure time, both ground speed and the roll and pitch of the plane are covered.

The A6D-100c can be purchased with or without an infra-red filter which can capture between 750nm to 100nm images needed for aerial analysis. It’s a feature useful in crop management and environment surveying.

With third-party software, the A6D-100c can support NDVI, CIR, and NIR imaging.

Hasselblad also offers a complete Software Development Kit allowing users full control of the camera and image processing. The company has also created a simple PC sample application to get users started with using the aerial camera for photography needs. The application can capture and store RAW files from the camera. The SDK is provided so that the user can adapt the camera to their special individual requirements.

The A6D-100c also features an improved external connectivity through stable LEMO connections. Connection is through a USB 3.0 Type-C connector while storage options include a CFast 2.0 card, an UHS-I SD card, or the camera can be tethered to a Mac or PC.

The Hasselblad A6D-100c uses RAW 3FR capture and JPEG for stills and Hasselblad RAW and H.264 Compressed for videos.