You are here: Home / EP's Latest Camera News & Releases / The Hero6 Black can shoot 4K video at 60fps and is GoPro’s most powerful camera so far

GoPro HERO6: This Is the Moment in 4K

GoPro officially unveiled their new flagship camera, the Hero6 Black, at a recent event in San Francisco, California. Capable of shooting 4K video at 60fps, this is the company’s most powerful action camera so far. In addition, the company also launched a waterproof, mountable 5.2K spherical camera called Fusion as well as new mounts, accessories, and a Follow mode for the Karma drone. 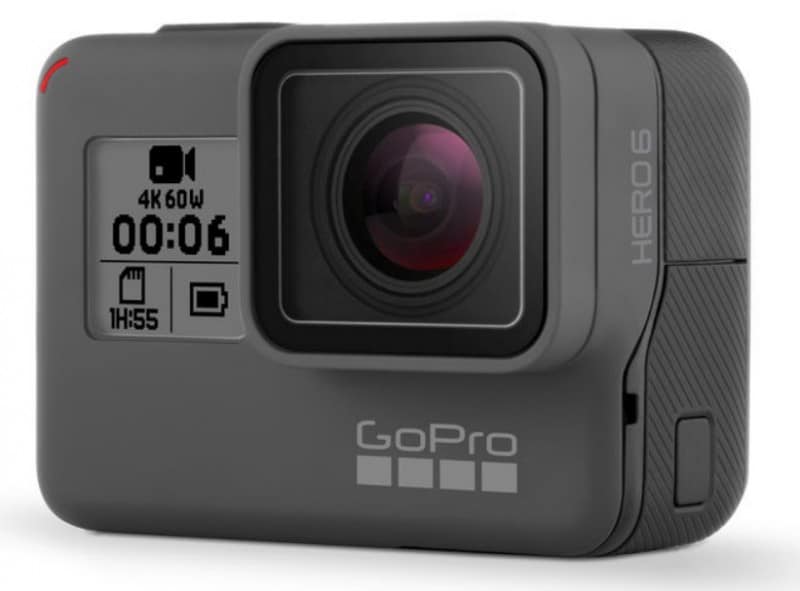 Surrounded by an international audience at the California Academy of Sciences in San Francisco, GoPro founder and CEO Nicholas Woodman introduced the company’s latest flagship action camera. Woodman praised the image quality, video stabilization, and much improved QuickStories of the latest addition to the GoPro family.

Apart from being able to shoot 4K video at 60fps, the Hero6 Black can also shoot 1080p at 240fps. Together with the GoPro App, footage of adventures can easily be turned into QuickStory videos and shared on favorite online platforms.

GoPro has improved features from camera’s predecessor, including a better dynamic range and better low-light performance to ensure that subjects really stand out. Getting closer to the action is now possible thanks to a touch zoom, which allows users to digitally zoom.

GoPro cameras are the most popular choices for capturing adventures. With the Hero6 Black, the company made sure it can be taken just about anywhere. The camera sports a rugged, waterproof design.

Powering the Hero6 Black the custom-designed GP1 processor designed to maximize the camera’s capabilities. The processor allows two times the video frame rates, as well as offers much better image quality, dynamic range, low-light performance, and video stabilization. All these benefits are also automated, giving users all the time to take photos and videos without tinkering through the settings.

QuikStories is a feature within the GoPro app that makes it easier to share short videos. The Hero6 Black is optimized for this feature with three times faster WiFi, resulting in the faster transfer of footage from camera to phone where the app automatically creates a QuikStory video. 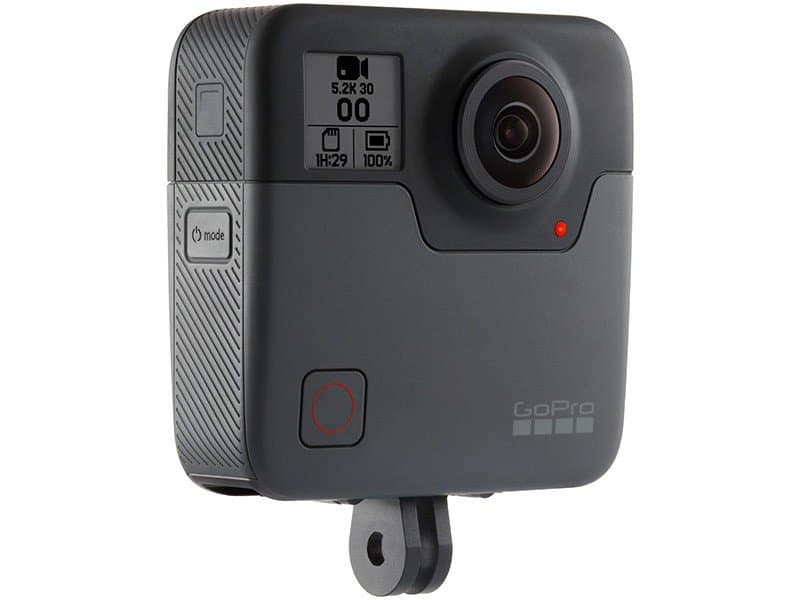 The Hero6 Black launch wasn’t the only announcement made during the California event. GoPro also introduced Fusion, a camera capable of capturing 5.2K spherical content which enables a more creative way to capture the surrounding environment.

Fusion captures scenes from all angles, making sure that users never miss the shot. It is also equipped with gimbal-like stabilization to ensure footage is smooth.

The GoPro app can be used to play back footage as well as share it as VR content. The spherical shot can also be recaptured as a traditional fixed perspective video and shared using the app’s OverCapture feature.

GoPro Fusion is available for pre-order and will ship in November. The OverCapture feature will be available in early 2018 for iOS and Android devices.

GoPro’s Karma drone will feature Follow and Watch, two new auto-shot paths. The drone can automatically follow the Karma Controller using GPS while user is on the go, ensuring they remain in the shot.

The Watch feature keeps the Karma hovered in place as it rotates, ensuring the Controller is within the frame wherever it goes.

Other updates for the Karma include a “Look Up” camera tilt capability and an expanded Cable-Cam auto-shot path.

GoPro also announced new mounts and accessories, including Shorty (a pocket-able extension pole and tripod), The Handler (an updated floating handgrip with quick-release), and Bite Mount + Floaty (a versatile bite mount equipped with a float that is easy to spot).