You are here: Home / EP's Latest Camera News & Releases / The Lily Flying Camera Combines a Drone and Action Camera in One

Drones take pictures or record ground actions with an aerial view. An action camera, on the other hand, films various activities in a single point of view. You have to admit that both devices lack certain aspects that would make them perfect. Wouldn’t it be great if there is a gadget that has the capabilities of a drone, an action camera and something else? The flying Lily camera just might be what you need. 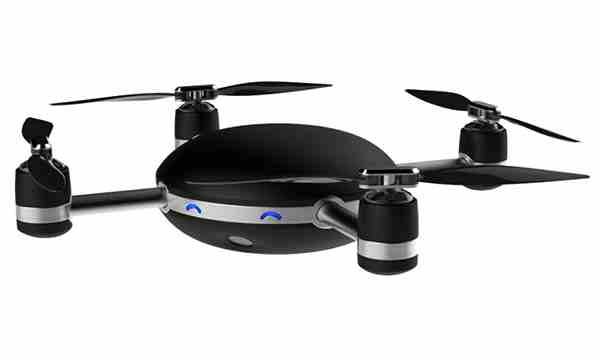 Features of the Lily Flying Drone

It is primarily a camera drone that can function without someone else controlling it remotely. Just toss it into the air and it will start working. This is why it is billed as the first throw-and-shoot camera in the world. Function-wise it is targeted towards people who use action cameras similar to what GoPro offers. But because it is not mounted on your head or on your helmet, you actually take on a starring role. Rather than just film what is going on around your surroundings, you are also featured in the video. No more POV shots. No more questions about whether or not you really dived out of a helicopter or did a backflip either.

The Lily flying camera has optics that can record a video at 1080p, slomo films in 120 frames per second at 820p, and stills at 12 megapixels. It features digital gimballing, image stabilization, and fixed focus. It comes with a special transmitter that keeps track of where you’re going or follow a pre-programmed route. You can send the drone ahead of you, following after you, or circling around you, which guarantee a 360-degree flying selfie. It is also equipped with several sensors on the accelerometer, three-axis gyro and GPS, among others.

Given that you have to toss it to activate it, the Lily flying camera is built small and lightweight. It only weighs 2.8 lbs with a total span of 52.2 cm. It also has a waterproof rating of IP67, allowing you to film some water sports action. Photos and videos are saved in a memory card and can be extracted any time. 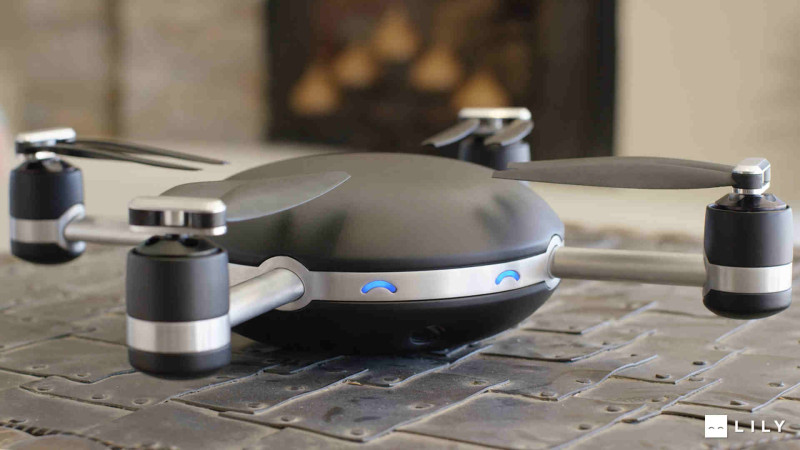 When is the Lily Flying camera be available?

This flying drone is slated to hit homes in 2016. You can pre-order as early as now, but the item will only be delivered by February 2016.