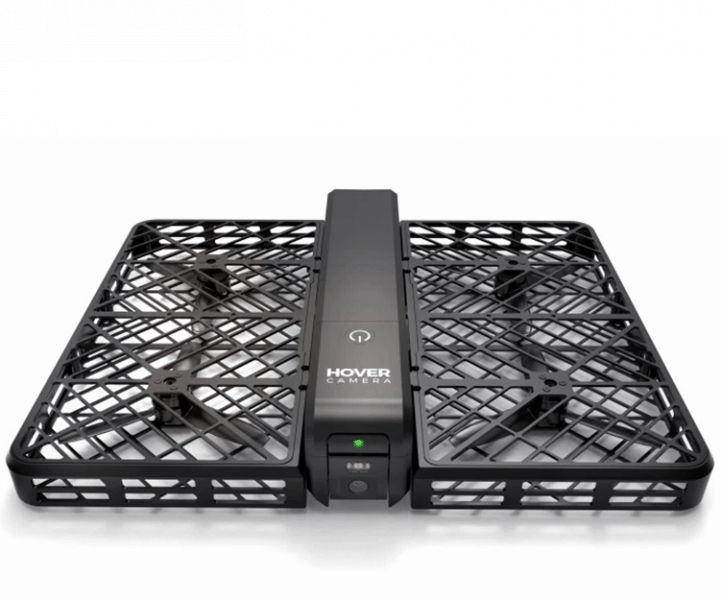 Hover Camera - Introducing the self-flying camera anyone can use

For a drone that can take 13 MP still shots, the Hover Camera by Zero Robotics is also capable of 4K video recording at 30fps and at the same time offer live 720 video feed of the ultra HD footage. This quadcopter has sonar and optical sensors that make it possible for the hover camera to be stable and steady once in position. It is also powered with a Qualcomm Snapdragon 801 processor that has artificial intelligence to track and detect bodies as well as run advanced proprietary computer vision. The camera can be found in front and at the bottom, a downward facing 3 megapixel camera and sonar device can be found.

The Hover Camera by Zero Zero Robotics has a body made with carbon fiber that makes it lightweight and strong. This hover camera has a compact, small and light body is a combination of a camera and a drone. It also has four motors and propellers that are attached to the body. The design of the drone as well as the material of the body makes it capable of cooling the components found internally. 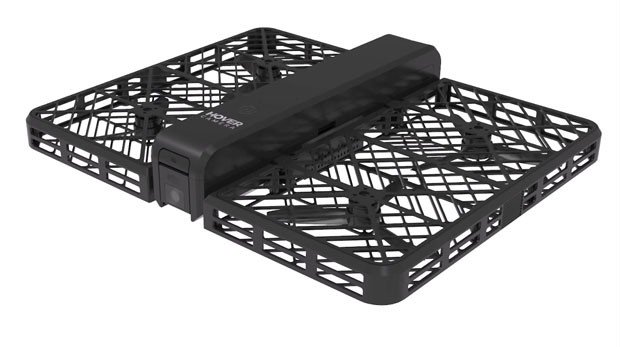 Moreover, operating this quadcopter is easy that just by turning it on, it can fly right away and hover on the subject. This is due to the design of the body that can be folded like a book that makes it more portable. It also has a cage-like design that makes it safe for the user to grab it as it hovers without hurting himself or herself.

When it comes to image and video quality, on the other hand, the Hover Camera boasts of results with the same high-quality that most expensive smartphones capable of 4K video recording can offer. Other features include a processor that is used in most high-end smartphones which is the Qualcomm Snapdragon 801 processor. Moreover, storage of photos and video is possible using 32GB storage that can also be replaced. Also, the hover camera uses “follow me” technology that makes it follow the user wherever the location is, either from behind or from above.

Weighing at only 238 grams and having a tiny body, the Hover Camera does not have to conform to the drone regulations of the FAA. When folded, it can be as small as the old VHS tape people have used years ago. 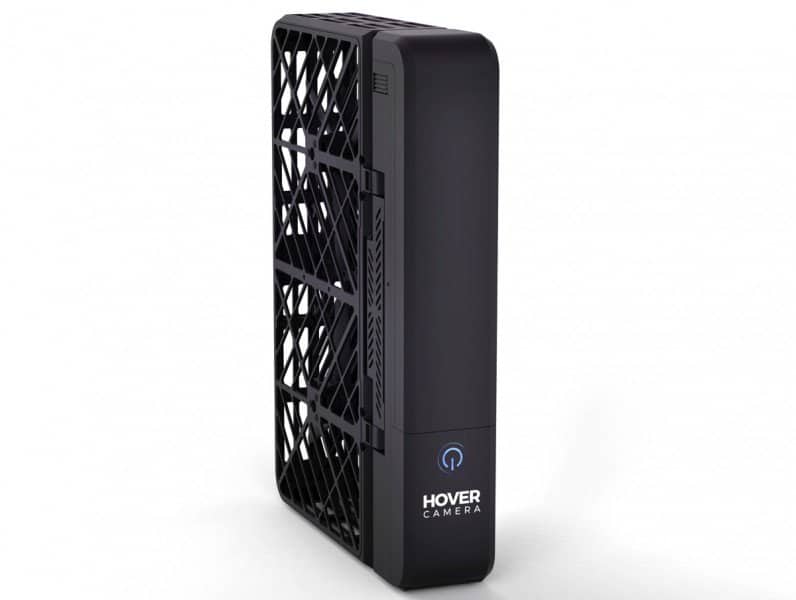 Internal battery life, though, is just roughly eight minutes but it can be changed easily as it can easily be removed from the upper section of the hover camera. For the ease-of-use feature, the Hover Camera has automatic hovering capacity and by simply throwing it in the air, it can start operation. It also has an Algorithm Face tracking feature that makes it capable of following the user by just determining the face. It is also equipped with automated image stabilization and capable of shooting at 360 degrees. For controlling the device, an app can be downloaded to a compatible mobile phone or tablet.

The Hover Camera by Zero Zero Robotics is an appealing camera-and-drone-combination device for amateur and professional drone users. This is because of its features that include a lightweight body made from carbon fiber, swappable battery and 32 GB storage.

If there is a flaw that can be attributed to the Hover Camera, it would be its battery life that can only last for 8 minutes. However, it can be changed easily.

With its 13 megapixel camera, weight, safe caged-framework and artificial intelligence to detect and track faces, the Hover Camera is a practical and appealing device drone enthusiasts will enjoy using.