There has never been a better time to explore macro photography than now. With the 24mm f/14 2x Macro Probe lens from Venus Optics to go on the shelves, you can take pictures of bugs without risking bites and stings.

The new macro probe lens is compatible with widely popular cameras—Canon, Nikon, Sony, and Pentax. So, if you own any one of these babies, you can extend your photography repertoire with macro.

In standard form, the lens can be used with Nikon F, Canon EF, Pentax K and Sony FE bodies. A video-focused version will also be available for the Canon EF or Arri PL mount. This model will feature a click-less aperture ring and focus gears.

Following Venus Optics’ original Kickstarter funding campaign, the company has finally confirmed details about the probe lens. And one of the highlights is the Bug-Eye perspective that the company succeeded to achieve when conventional macro lens failed. The lens has an 84.1º angle of view and 24mm focal length. 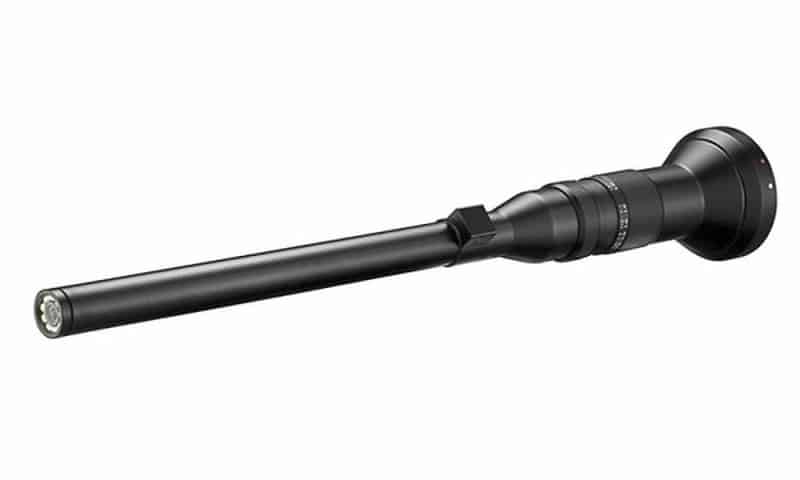 This long full-frame manual focus lens measures 41cm (15.7ft) long and weigh 1.04 pounds (474 grams). The ultra-narrow tubular bar is built with a whopping 27 elements, including a High Index Glass element, an ED element, and two prisms. The elements are arranged over 19 groups, providing a circle of illumination that covers a full-frame sensor’s dimensions. It also has a built-in LED.

Point the lens 20mm away from a subject and achieve a 2:1 maximum magnification ratio. The reproduction ratio can even go all the way up to infinity. Despite many calling it weird, there is nothing weird about it being a game changer in the macro lens market. 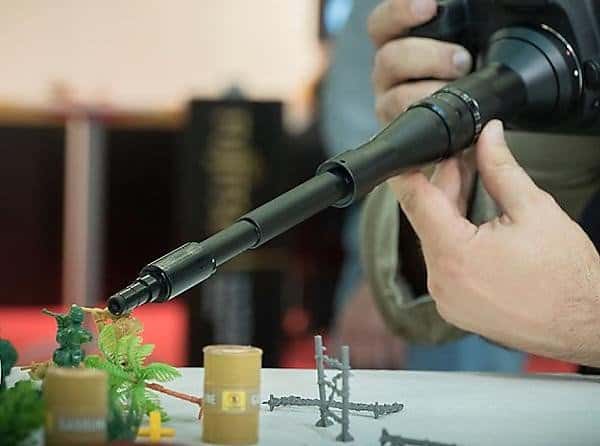 Underwater macro photography is more possible than ever with the waterproof barrel of the Laowa 24mm f/14 2x Macro Probe lens. The 0.79-in (2cm) diameter lens can be inserted into the water so you can take pictures of underwater creatures and other fascinating subjects.

The built-in LED ring light provides extra light for better image output. It is also for this reason that you can use the macro probe lens in extremely narrow spaces, such as burrows and bottles, and take a picture. The LED is powered by a micro USB port found on the barrel. 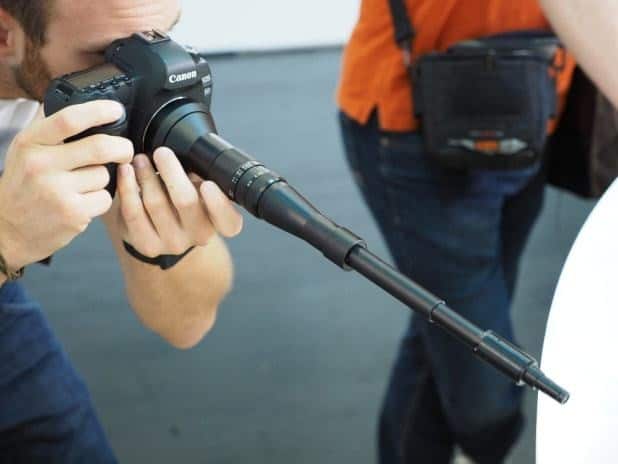 This makes it possible to capture videos with the “finer details and environmental background can be captured in one shot.” Even at extremely close distances, you can capture wide-angle views and without cutting off details in the background. Macro videography, anyone?

What can you do with Venus Optics Laowa 24mm f/14 2x Macro Probe lens?

November is the confirmed date that the Macro Probe lens will go on sale. The standard version will be priced at £1,599, while the special video version is at £1,799.