A successor to the K-1 released April 2016, the Pentax K-1 Mark II still borrows a couple of features from its predecessor but is very much improved in many respects. Like the K-1, the K-1 Mark II still sports a 36.4MP full-frame sensor but this time, it is equipped with the Prime IV image processor and an accelerator unit. Both those features allow the camera to take images in higher resolution in low-light situations. 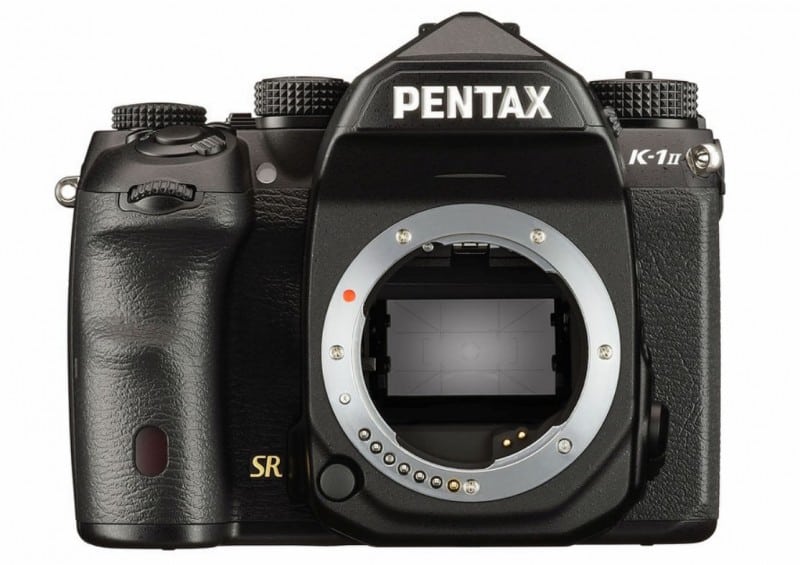 Although the K-1 Mark II still bears the same full-frame anti-aliasing filter-free CMOS image sensor as the model that came before it, it is also fitted with a new accelerator unit. The unit can optimize image data received from the image sensor before sending it to the Prime IV imaging engine. This process results in an image that has minimal noise and excellent resolution, even at the highest of its capable sensitivity., which is 819,200.

Pixel Shift Resolution II, the updated version of the original Pixel Shift Resolution system in the K-1, still reduces shake but this time, it adds more. The new technology, developed by Pentax, still uses the same mechanism and sensor-shift capabilities of its predecessor but also obtains RGB color data, which helps create images that feature finer details and true-to-life colors.

The new system also comes with a new feature: Dynamic Pixel Shift Resolution mode. With this, photographers can produce sharp, ultra-high pixel resolution images without ever needing a tripod. Such a feature allows the camera to be used for shooting a variety of subjects and scenes.

In addition to incorporating a Pixel Shift Resolution System, the K-1 Mark II also features the Pentax-developed Shake Reduction II. This is a five-axis mechanism that not only compensates for camera shake pitch and yaw but also those caused by horizontal and vertical shift, which is common in macro photography. It also compensates for shake caused by roll, an issue that lens with shake reduction mechanisms have difficulty handling.

With just a single adjustment, the K-1 Mark II’s LCD monitor can be angled vertically, horizontally, or diagonally for a more flexible shooting experience. This kind of LCD monitor makes it easier to shoot from the waist. 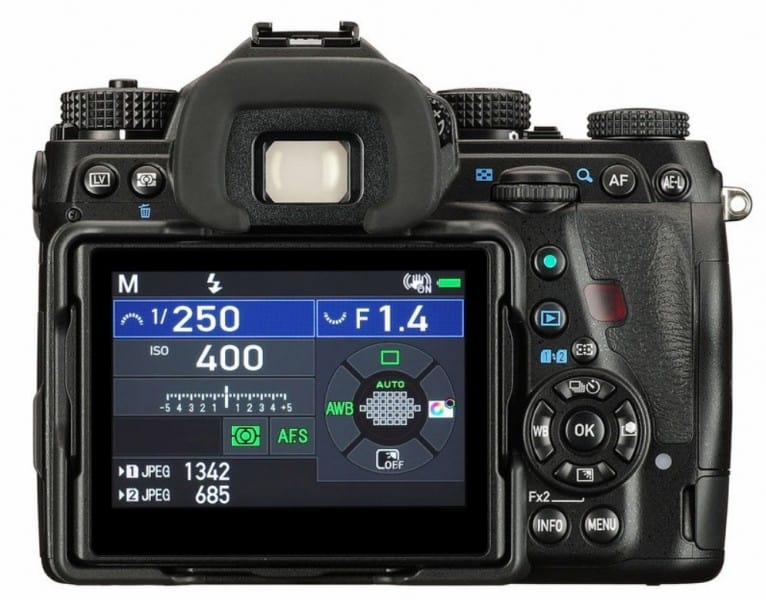 The K-1 Mark II uses a SAFOX 12 AF sensor module with 33 AF sensors, 25 of which are cross-type sensors located in the middle. With this, autofocus performance is fast, making it easy to pinpoint focus on a subject when a large-aperture lens is used. A new AF Tracking algorithm also improves the tracking of fast-moving subjects.

A compact, rugged body that is dustproof and weather resistant

The camera’s bottom panel, as well as front and back frames, are made of magnesium alloy, a sturdy and lightweight material. With the camera featuring a dustproof, weather-resistant, and cold-resistant construction, it can be taken on shoots where conditions can be demanding.

Although the K-1 Mark II can capture 4K resolution movie clips, it can only do so using internal movie mode. It does, however, shoot Full HD movies in the H.264 format. The camera also comes with a stereo mic terminal, headphone terminal, and a built-in GPS module.