You are here: Home / EP's Latest Camera News & Releases / The Nikon Coolpix P950 is Here and Why You’ll Want to Get Your Hands on It

The year has just started but Nikon is already kicking things into high gear with the launch of The Nikon Coolpix P950, the newest addition to its super zoom bridge camera lineup.

Featuring an unprecedented image quality that’s second to none even in extreme distances, this is the camera to beat this year and you’d want to get your hands on it.

The Nikon Coolpix P950 retains the already impressive 24-2000mm equivalent zoom range of the P900 with a few more awesome features that make it the must-have camera for photographers. Its focal length range is incredible from 24mm at wide-angle to 2,000mm at super-telephoto.

This powerful zoom allows photographers to capture objects that would otherwise be impossible to photograph using an ordinary camera. You can take crystal clear photos of animals in Africa if you’re on an expedition, aircrafts in motion at an air show and even planets.

If that’s not impressive enough, the P950 also has a Dynamic Fine Zoom capability that increases its reach by up to 4,000mm for even more awesome shooting possibilities.

But this new camera isn’t just about shooting distant subjects. In fact, it’s also one of the best options out there for macro photography where shots can be captured as close as 1 cm/0.4 in.

Whether you’re taking shots at extreme zoom or close-up, you can guarantee that the Coolpix 950 will deliver sharp images every time. All these awesome features are packed in a portable body that allows photographers to take this camera in their adventures with ease.

Stabilization, speed and everything in between 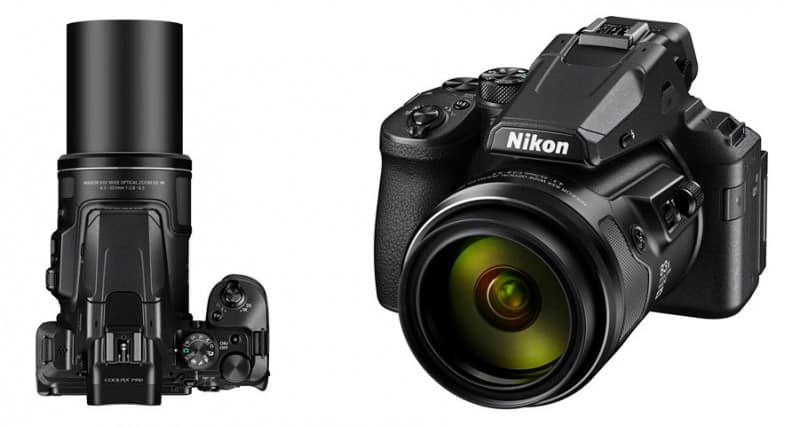 Its 83x Zoom-NIKKOR ED glass lens may be the Coolpix P950’s biggest feature, but it also has other capabilities that make it a worthwhile investment. With image blur being a common concern in distant photography, Nikon added a Dual Detect Optical Vibration Reduction feature to the P950 that reduces image blurring caused by camera shake. Image stabilization is also quite evident even in NORMAL mode to ensure crisp quality images every time.

Another must-have feature of the P950 is its advanced optical system that has the Super ED glass element that’s widely used in Nikon’s DSLR lens range.

This helps reduce chromatic aberration, offers better image-forming capability and guarantees superb image quality with telephoto shooting. It also boasts of a CMO image sensor at 16.0 megapixels and sensitivity of up to 6400 ISO.

Finally, the Nikon Coolpix P950 has the capability to record 4K UHD/30p movies from 24mm up to 2000mm ranges. It also allows you to make changes with aperture and exposure so you can take movies the way you want them to. If you’re a traveller, you’ll love the P950’s time-lapse feature that allows you to shoot landscapes in interval timer shooting.

The Nikon Coolpix P950 camera will be available for sale in the market for $800 by February this year. So if you’re looking for a camera that does its job excellently, this is the right investment for you.