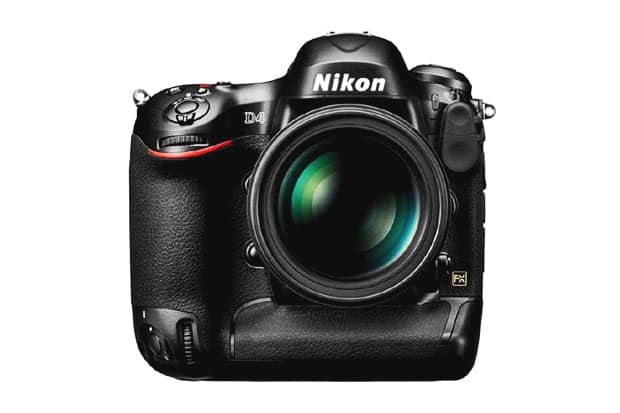 The D4 is one of the tightest, fastest professional cameras that Nikon has ever made. This review will show it performs particularly well for action and sports photography. In fact, it leaves some consumer cameras completely in the dust in terms of performance alone. This Nikon D4 review goes into further detail as to how this camera is able to pull off all its neat tricks

The D4 from Nikon really excels in various technical tests for high ISO resolution and noise, as of course expected. However, what’s far more appealing about the D4 is how it gives professional photographers the opportunity to move in the subject, take the shot, and move out long before others realize what happened.

This isn’t at all surprising, considering the D4 can blaze away at 10 fps, and every frame it captures is perfectly exposed and in-focus even if the subject is moving around. And yet, its speed is far more than its 10 fps spec – it encompasses all other aspects such as its auto white balance, metering, auto-ISO systems with focal-length tracking, and facial recognition auto-focus that all work together to maximize the 10 fps capability.

Users who did Nikon D4 reviews also found that the unit can capture 200 images in bursts at full resolution. It can do so at continuous run of up to twenty seconds. It can rip away shot after shot, writing all the data into the memory card without any hiccups, even if hundreds of shots have been taken in bursts. In just a few seconds, you can record several dozen frames in one run without missing a beat!

The D4 is practically unstoppable if you want to take one shot after another in one go. This is because it can automatically grab ultra-high ISOs whenever necessary, especially when the background gets darker, and it does this without the user having to pause and set anything. You simply have to set its ISO to AUTO ISO, which is the auto-control, focal-length based shutter speed that’s set just one notch faster than what’s usually used for sports shots.

In addition, the D4 really feels great to carry. It can fit an operator’s hands better than consumer cameras, whose grips are usually too small for comfort. In terms of form, the D4 has a vertical grip that’s been built-in along with shutter releases (a total of two, with each having its own programmable function button), command dials (two sets), AF-ON buttons (two sets), and thumb controllers (Canon-inspired, two sets).

Then there’s the D4’s viewfinder, which is years ahead of most consumer-level cameras such as the Canon 5D Mark III and the D800. This is mostly due to the fact that the D4 utilizes auto-dimming LEDs that keep AF areas exposed sans any form of covering.

But if, say, you don’t need its convenient autofocus system and fantastic frame rate, the D4 still offers you enough external controls that can give you faster access to shots such as nature, portrait, and landscape images. Not to mention it has a 16mp capacity.

All in all, this Nikon D4 review is our way of showing you that this particular camera can be a truly awesome buy. We hope the information shared will show you how the D4 is a unit that’s well worth the money.