You are here: Home / 4K Action Camera / Nikon Z50: Here’s Why This APS-C Mirrorless Camera Is Still One of the World’s Best

Released in November 2019, the Nikon Z50 camera was the first to use Nikon’s APS-C sensor on a Z lens mount. According to the company, this model was designed for people who love to take photos but don’t necessarily call themselves photographers.

Since then, different camera models have been released in the market. But here’s why the Nikon Z50 is still touted as one of the best APS-C mirrorless cameras in the world:

The Nikon Z50 is packed with features that you’d want in a starter APS-C mirrorless camera including:

Those who own the Z50 can attest to its excellent image quality, high sensitivity and just efficient overall performance, and this is all thanks to the camera’s 20.9MP DX-format CMOS sensor and EXPEED 6 image processor. 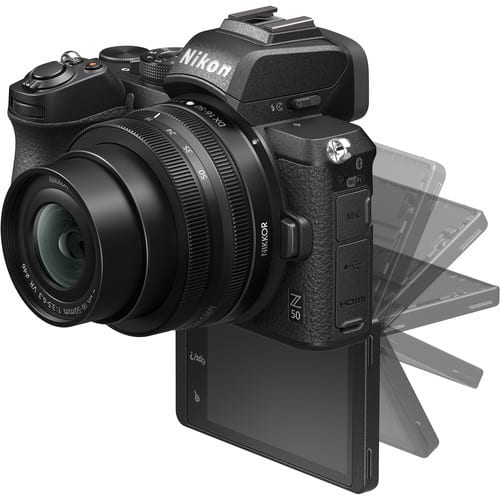 The Z50’s sensitivity range is at ISO 100-51200 that’s ideal for working in different lighting conditions. It can also be expanded up to ISO 204800 if you’re shooting in extreme low-light conditions.

The EXPEED 6 processor doesn’t only boost image quality, but it also makes the Z50 capable of shooting at 11fps and 30fps at 8MP.

The sensor even boasts a 209-point hybrid autofocus system that utilizes both phase- and contrast-detection that’s useful in both stills and video application. You also get Eye Detection AF that uses facial recognition to allow the camera to focus on the subject’s eyes.

You get a lot of value with the Z50’s body design and connectivity. For starters, it has a 3.2” 1.04m-dot 180-degree flip-under tilting LCD screen that’s useful for both image playback and live view shooting.

The Z50’s body itself is made with magnesium alloy chassis that’s both dust- and weather-resistant, so you can safely shoot with it even in harsh weather conditions.

You also get a single SD memory card slot for UHS-I protocol, a built-in SnapBridge connectivity for transferring low-resolution images, Bluetooth Low Energy (BLE) and Wi-Fi. The Z50 is powered by an EN-EL24 rechargeable lithium-ion battery that offers 300 shots in a single charge.

The Nikon Z50 is not just capable of producing top quality images, but it’s also designed to give you the best quality videos.

It’s also capable of slow-motion effects and you can save movie files to the built-in memory cards and the optional external recorder through HDMI out.

The Nikon Z50 also has other camera features that make it a smart investment if you want an entry level camera that can grow with you.

It includes a wide array of special effects modes, multiple exposure modes that allows you to play with several effects in one frame, creative picture control options, in-camera image editing and even language support. 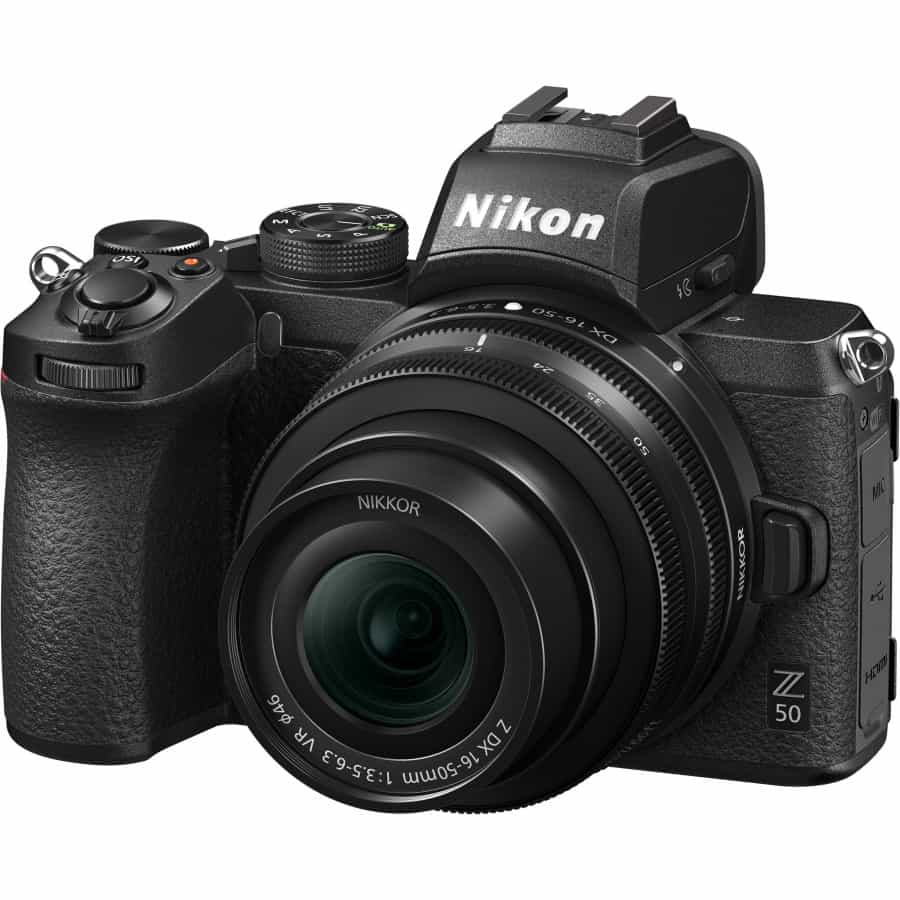 At $860 for the body alone and up to $1350 for the full kit, the Nikon Z50 is definitely an investment. But surprisingly, this camera is a lot cheaper than its APS-C rivals, but it performs a lot better than most of them.

The Z50 is designed for hobbyists and beginner photographers who want an excellent camera but cannot afford the big-time full-frame mirrorless cameras just yet. So if this camera fits your needs, it’s definitely worth the try.