As a response to Sony’s announcement of their Alpha 7 II full-frame mirror-less camera with a 5-axis optical image stabilization (OIS), Olympus has introduced a new addition to their OM-D series of micro-four-thirds cameras, which is the OM-D EM-5 Mark II.

The camera also has a 5-axis OIS, which means it can compensate for movements along the regular right/left and up/down axes, as well as negate other possible angular movements, including up/down tilts, right/left swings and clockwise and counter-clockwise rotations. It also has a sensor shift IS, which is fairly a new technology and is considered to be superior to lens-shift technologies for its stability and body-based IS system.

If you have seen its predecessor, it would seem that the OM-D EM-5 Mark II looks similar at first glance. But with closer inspection, you’ll notice that this new camera has a few tweaks in design. The power switch is now integrated into the mode dial on top, rather than on the rear, and a fully articulated 3-inch touchscreen LCD with a resolution of 1.04m dots on the rear is already incorporated. The camera’s viewfinder is above its monitor with an upgraded resolution of 2.36m dots, which is pretty dense.

The rear face has a navigation pad for the menu and individual buttons for other functions, such as Info, Delete and Playback. There are also a comfortable thumb rest, customizable function buttons, hot shoe, shutter button surrounded by a zoom ring, video recording button, another function switch and a dial to adjust the ISO and shutter speed.

The OM-D EM-5 Mark II Camera uses a 16-megapixel Four Thirds Live MOS sensor, with which it can shoot in RAW format. Its focusing modes include contrast detection, single, manual, tracking and continuous, but it lacks a phase-detection autofocus. Nevertheless, the camera has 81 focus points that cover most of the frame area, which is useful in getting the right shot. It has a minimum shutter speed of 60s and a maximum of 1/16000s. Aside from these, there’s a multitude of art and scene modes as well.

Olympus has designed the camera to easily handle daylight photography, which is only possible with a high-calibre camera. The OM-D EM-5 Mark II can capture some really great details, which can be seen on the images it captured. For shifts in exposure in similar images, this can be solved by its built-in HDR mode.

For its battery, the company made sure that you can capture a huge volume of images and videos from a single charge. In fact, it comes with a Quick Sleep Mode on, which can help you save more power when using the camera throughout the day. 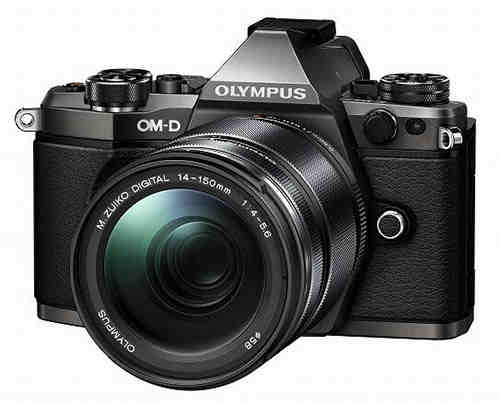 There’s no doubt that the OM-D EM-5 Mark II is great mirror-less camera coming from a trusted name in the industry, but it comes with quite a high price. However, the advantages it brings to users greatly outweigh such a disadvantage. Olympus has certainly brought something that’s good for photographers and videographers alike.