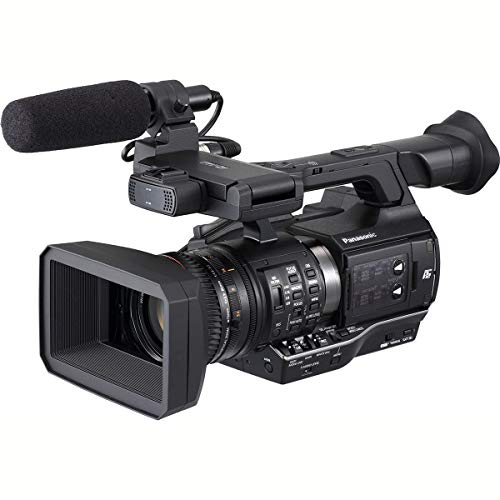 Continuing the work of its predecessor, AG-HPX250, the Panasonic AJ-PX270 is promising to be an industry workhorse for news, documentaries, wedding and other non-fiction projects—only that it is exceptionally lighter-weight, extra compact and better performing under low light than the former. It is very convenient to lug around; it can be easily slipped into a small sack and carried through public places without attracting a lot of curious glances, making it the perfect tool for avid travellers who just love to document their trips not just in photos but also in videos.

Why You Will Love It

Better P2: The AJ-PX270 is the first of Panasonic’s P2 camera to support an AVC-ULTRA recording at 200 Mbps, which is enabled by the much better performing P2 media, including a microP2 card. The P2 cards make it possible for every videographer, even the newbies, to capture astonishing, crisp and clear images. Granted of course you are willing to pay the extra price for the paid upgrade. (Yeah, it unfortunately doesn’t come for free).

Lower Noise Sensor: The new camera is equipped with new 1/3-inch 3MOS sensors, offering many operational advantages—much to the delight of those shooting documentaries—including superb balance, ease of focus, lighter weight, and more compact form-factor. And despite having small sensors, you won’t have to struggle with pixels when shooting in low light because the PX270 addresses all that with better improved shadow integrity and lower noise level.  It in fact comes with a new High Sensitivity menu option which facilitates setup, adjusting and many other functions.

Expanded Menu: I would dare say there’s just about everything in the new AJ-PX270 with its menu having expanded “exponentially” and embracing a more comprehensive approach to meet professional needs. Among the new additions is a 12-axis color corrector that supports three skin-tone configurations, enabling you to easily integrate multiple cameras when shooting broadcast event. Another worth-noting menu feature is the Film-Rec option, which before can only be found in the pricey VariCam. This newly added option comes with a dynamic level that can be set up at as high as 600%. There’s also a Video-Rec option that offers higher contrast level especially useful for dramatic productions for televisions. Other options added to the menu include low-bandwidth recording formats and master pedestal settable at +-200.

What Will Make You Gripe

While the PX270 is operationally convenient in terms of ease-of-support during the shooting process, the severely limited space  and the notably shrunken sizes of the essential buttons and controls make it rather difficult to operate the camera—especially for those of us with Barney-sized fingers.

No camera is perfect and certainly the AJ-PX270 is without a few comprises. Despite those, however, it delivers an extraordinary high level of performance at a relatively low cost. So, why not give it a try?

Pleased as can be with this 4k camcorder. its smooth as butter @ 60 fps.