[vc_row animation=””][vc_column width=”1/1″][vc_column_text] Panasonic has announced a new addition to their Lumix G series of mirror-less cameras—the G7 4K. While the original G1 didn’t have the capability to shoot videos, this new camera counts such functionality to its core strengths. 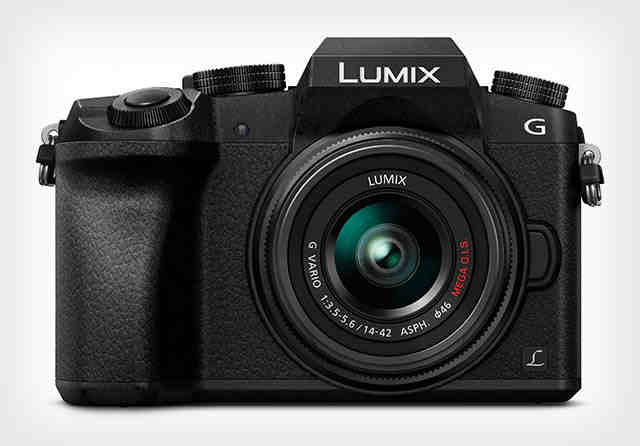 The Ultra HD-shooting Lumix G7 offers a lot more features than its predecessors. In fact, it’s a front and center, having a video mode that can record 3840x2160 mp4 clips at 24p and 30p, and allows you to use manual exposure controls while shooting videos. In 1080 mode, it can record at 60fps in AVCHD Pro and mp4.

This new camera also has the same quad-core image-processing system as the top-of-the-line GH4, which the company said was built for having Ultra HD recordings without overheating. To make shuttling all the videos quickly, the G7 is designed to be compatible with UHS-II. And though its sensor is different than that of the GH4, it’s still a 16-megapixel Micro Four Thirds sensor, which is just a little smaller than APS-C.

Aside from a “full-resolution burst” mode, which captures videos at 6fps with an enabled shot-to-shot AF, the G7 also has a range of “4K Photo” modes that can ramp image-capture speeds further up, though at lower resolutions. There’s a straight “4K Burst” mode (which can nab 30 8-megapixel images per second) and a “4K Pre-Bust” buffer (which can record images at 30 fps for 2 seconds before and after you hit the shutter button).

These additional modes will help you capture images with higher resolutions at high speeds and images that are more usable than the average frame grab. Every frame is an image with 8 megapixels that you can polish, save or delete after shooting, though there might be some cropping that takes place.

In the 4K photo modes, every image is taken from the center portion of the 16-megapixel sensor.

Panasonic is also touting the G7’s auto-focus system, which utilizes a combination of contrast-detection and “depth from defocus” (DFD), which is a proprietary system that offers the benefits of phase detection. Also found in the G4, this system uses data from defocus tests on every lens to pop into focus without searching back and forth, which is a weakness of a contrast-detection system. According to the company, it can lock focus in .07 seconds, which can compete with the Fujifilm X-series cameras and the Sony A6000.

You can also choose to add up more features beyond 4K modes, including more-sophisticated ISO ramps, very fast electronic shutter, tilt-and-swivel touch screen and the Starlight AF, which enhances exposure and contrast settings for shooting the night sky.