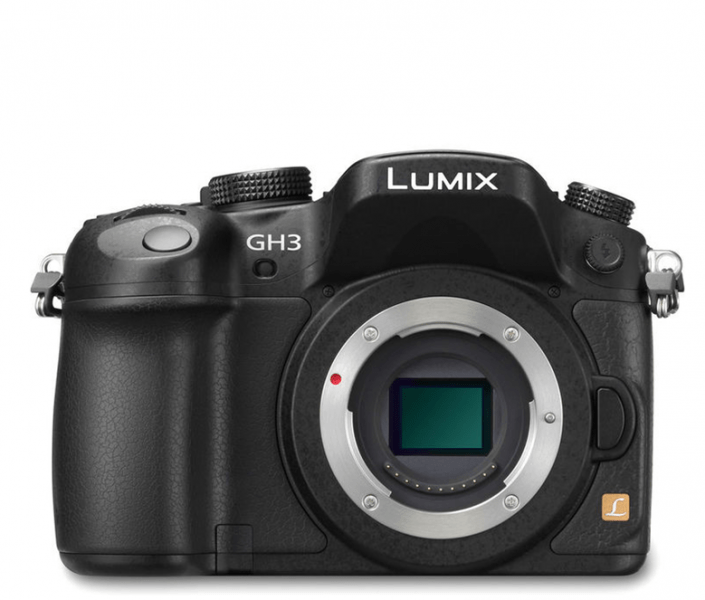 The GH Series from Panasonic has been a favorite for videography since its introduction. Amateur enthusiasts of video making took a liking to the GH1, while the GH2 attracted some professionals because it was a more affordable full-frame DSLR alternative. With the Lumix DMC-GH3, Panasonic is taking it up to a whole new level, creating a device that can explicitly address the needs of pro videographers. It looks and feels more like a DSLR, being bigger than its predecessor. Along with a noticeably more sizeable body, the Panasonic Lumix DMC-GH3 comes with huge improvements in video capabilities and still photography. Accessory compatibility and external controls have been prioritized with the GH3, allowing one to make changes and access buttons with more ease.

The Panasonic Lumix DMC-GH3 is bulkier, wider, and taller than the GH2, weighing 1.2 pounds and measuring 3.7 by 5.2 by 3.2 inches (HWD), making it a bit large for your typical Micro Four Thirds camera, but it is also now more durable and weatherized. It has a magnesium alloy chassis, which protects it from moisture, splashes, and dust. It also features a heat-dispersing design for the body, meaning it can withstand heavy video use.

The GH3 comes with enough controls that can make even demanding shooters happy. There are two dials on the front and back for adjusting exposure parameters. Across the body are customizable function buttons. These are usually assigned to set functions straight out of the box, but you can easily adjust them using the menu system. The drive mode dial is found on the top plate, and this has settings for self-timer, single shooting, bracketing, and continuous drive. This camera also has three notches for altering the PASM control, intelligent auto, movie, scene, and filter modes. The rear houses the controls for image playback, focus mode, movie recording, AF/AE lock, and menu navigation.

Video capabilities of the GH3 have been greatly improved compared to that of the GH2 series. One of the noticeable improvements is true progressive-scan video at 1920 x 1080 and 60 frames per second, resulting to no frame doubling with 60 fps from the sensor. In addition, the bit rates is greatly higher, reaching up to 72 Mbps, which means you get lower compression and better image quality for videos. The Panasonic Lumix DMC-GH3 also supports both non-drop and drop frame SMTPE time code, rec run, or free run, allowing video frame counts to line up exactly with seconds, minutes, and hours of real time. With the ability to record slow motion at 48% and even 40%, the GH3 lets you capture even slower slo-mo.

For still photography, a major improvement with the GH3 is that its built-in flash is more powerful and covers a wider angle (24mm equivalent). It also goes with a flash sync terminal, wireless external flash (supports up to 4 groups with ratio control), and speedy AF (prefocused shutter lag time is 0.079 seconds). The Panasonic Lumix DMC-GH3 also has a built-in intervalometer that can record up to 9,999 shots, delay recording for up to 24 hours, and set intervals from 1 second to 99 minutes 59 seconds in 1-second increments. 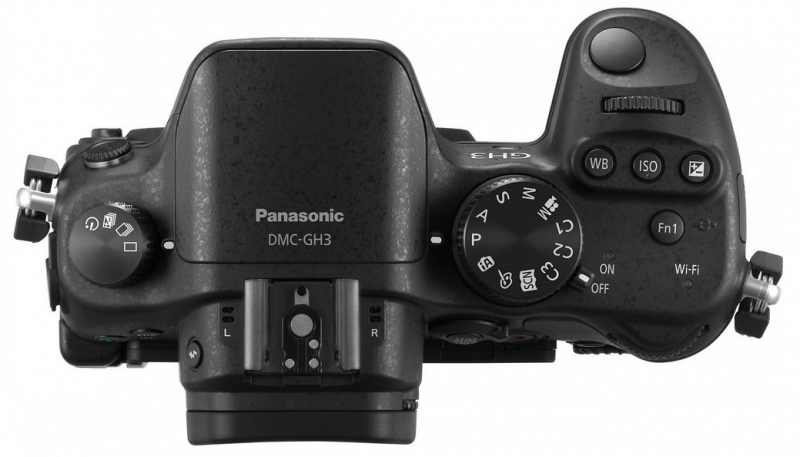 As for connectivity, on top of the camera is a programmable Fn 1 button, which activates the Wi-Fi system. This means you can transfer and share videos and photos from the camera to other devices or cloud storage with more ease. This also allows you to pair a tablet or smartphone to the GH3 for remote shooting.

The Panasonic Lumix DMC-GH3 gives you a Micro Four Thirds camera that feels more like a DSLR. This means you get to enjoy professional quality video and photographs in a more compact body. Another pro of using the GH3 is you get a larger selection of quality lenses. Plus, it lets you have more control with audio since it comes with a 3.55mm headphone monitor jack and a 3.55mm stereo mic input.

As for the cons, setting up the Wi-Fi might not be entirely easy. Additionally, the dynamic range and high ISO image quality are not as good as that of top APS-C cameras. The EVF tends to also be choppy in low light. Of course, there is the case of it being heavier and bulkier, but you can overlook the little extra weight and bigger size knowing you’re getting a more weatherized and robust model that comes with more functionality and features.

A Review of the Panasonic GH3 Compact System Camera

Designed for both videos and stills shooting, the GH3 is now weather-sealed with its magnesium-alloy build. It also gained lots of external controls. The 16 megapixels capture stunning images even in low lights. Overall, it is a successful upgrade from its predecessor, the GH2. So, if you are looking for a durable shooting device that creates professional videos and images, the Panasonic Lumix DMC-GH3 is an excellent camera of choice.