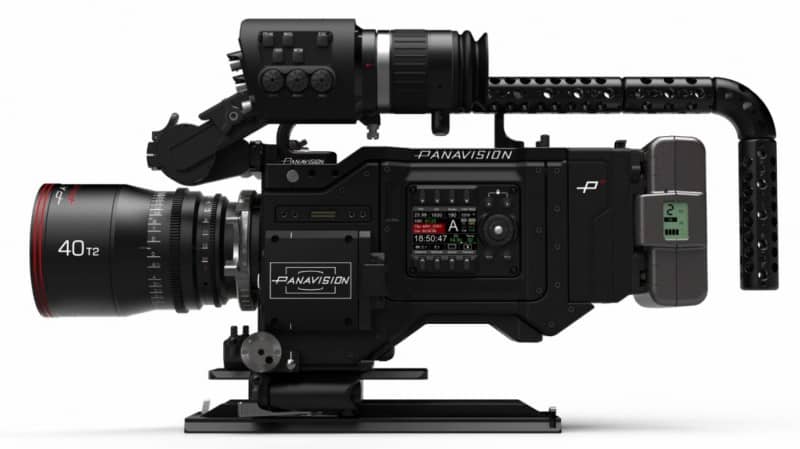 At the recent 2018 BSC Expo in London, Panavision unveiled their Millennium DXL2, a large-format camera featuring a RED MONSTRO 8K VV sensor. The camera builds on the success of the Millennium DXL as well as input from Panavision’s cinematographer partners.

Michael Cioni, senior VP of Innovation at Panavision and Light Iron, said the Millennium DXL2 was “conceived with the goal of maximum creative control” beginning from the moment a scene is captured all the way through delivery and display.

Panavision is so used to being credited at the end of major blockbusters, but recently filmmakers have been using rival brands ARRI or RED. In an attempt to change that, Panavision has decided to work with the competition. The camera and lens manufacturer opted to use the Monstro 8K VistaVision sensor of RED. With the inclusion of the technology, the new DXL2 can now offer 16-bit, 8,192 x 4,320 RAW with a 16-stop dynamic range.

The sensor, measuring 40.96 x 21.6mm features a larger area than that of a full-frame DSLR sensor. However, that size is just right for the well-known Primo 70mm or “65Vintage” line of Panavision.

A large-size sensor is always good, especially when it comes to low light sensitivity. Such a feature allows directors to quickly shoot a scene without having to make too many lighting adjustments.

In addition to using a rival’s tech, Panavision also revealed their own “color science” to challenge the much lauded skin tone reproduction of ARRI. Called Light Iron Color 2, the new system appeals to cinematographers used to those classic Kodak and Fujifilm motion pictures.

What makes Light Iron Color 2 different from the rest is that it follows “in the footsteps of film stock philosophy instead of direct replication of how colors look in nature.” It can produce a rich cinematic look right there on set.

Panavision CEO and president Kim Snyder says that the company has been listening to feedback from cinematographers and they used that input to create the DXL2. With Light Iron Color 2, crews are presented with a new workflow that makes it easier for them to deal with RAW files.

Panavision didn’t just borrow technology from RED, they also copied its modularity. The new DXL2 has separate modules: EVF, power, wireless, etc. With such a setup, cinematographers can easily switch from a studio setup to a Steadicam-type configuration.

Panavision’s cameras are not for sale; the company rents out their equipment. There is a daily rental rate attached to the cameras, around $750 to $1,000 – and that doesn’t include the lenses.

While this camera is only available for rent, you can expect that some blockbuster or any film that will be released in the near future will be shot using this.