You are here: Home / 4K Drones / Parrot Introduces Its Own Portable and Foldable Drone with the Parrot Anafi

Parrot’s next big product is the Parrot Anafi, a portable 4k HDR drone that only weighs 320 grams. For many, it is one of the most affordable drones ever seen.

Parrot has been teasing fans, pros, and enthusiasts about the new drone weeks ahead of a global launch and they definitely have everyone drooling.

The new drone is so slim and compact, it can fit inside a backpack.

Many believe it is Parrot’s answer to the DJI’s Mavic line of 0.7-pound foldable drone.

In fact, its carry case is the size of a microphone. Just fold the drone and it will fit in nice and tight.

This means you can take it anywhere with you—up the mountains and down the slopes. And if you want to record some snowboard action, deft handling is all you need. 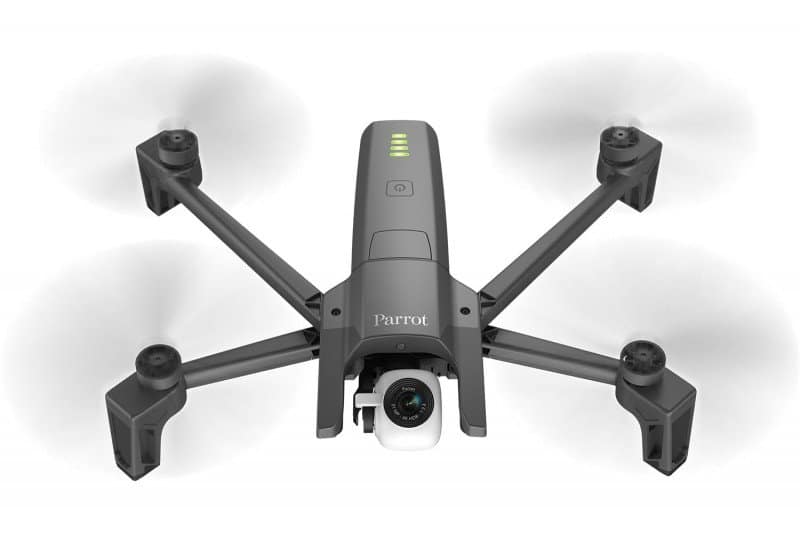 It has a Skycontroller3 remote control handset and the FreeFlight 6 application for Android and iOS, which is the equivalent of Parrot’s eye-in-the-sky smartphone app.

Some of the app features include automatic launching, landing, and intelligent control modes. The Parrot Anafi can follow a set target and travel to different waypoints that you set.

You’ll have to supply the phone to use with the remote control, but the housing has been designed to accommodate all modern sizes of device. Pairing also happens as soon as the drone is opened.

It can sense battery power and will return to the controller if the juice is only enough to make its way back. On a single charge, flight time is calculated to last up to 25 minutes. Use the USB-D connection for faster charging.

It also has a 21-megapixel still unit.

Its lossless zoom is capable of x1.4 in 4K and x2.8 in Full HD. It has a dolly zoom and digital zoom modes that can be used for crash-zoom effects and take up to x3 zoom, respectively. 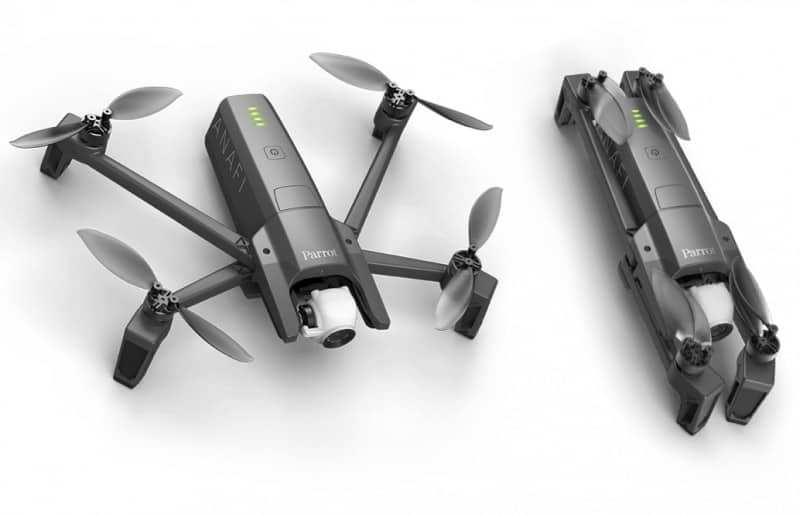 One thing that Parrot boasts about this drone is the quiet operation. It is not silent but the buzzing sound reminiscent of a lawnmower has been reduced by about a third.

The biggest bonus is that the Parrot Anafi is cheaper than the RRP of DJI drones at $100 less. The portable drone is said to be available on July 1 through Parrot and some selected retailers, including Amazon.