You are here: Home / EP's Latest Camera News & Releases / Phase One announces a very expensive camera that shoots only in black and white

Why would anyone want to spend $50,000 on a camera that shoots only in black and white when there are units far more affordable with black similar capabilities? Well, the makers of such a camera, Phase One, believe that monochrome photos have the ability to “transport us to another reality” and helping photographers to do just that is their very expensive IQ3 100MP Achromatic camera. 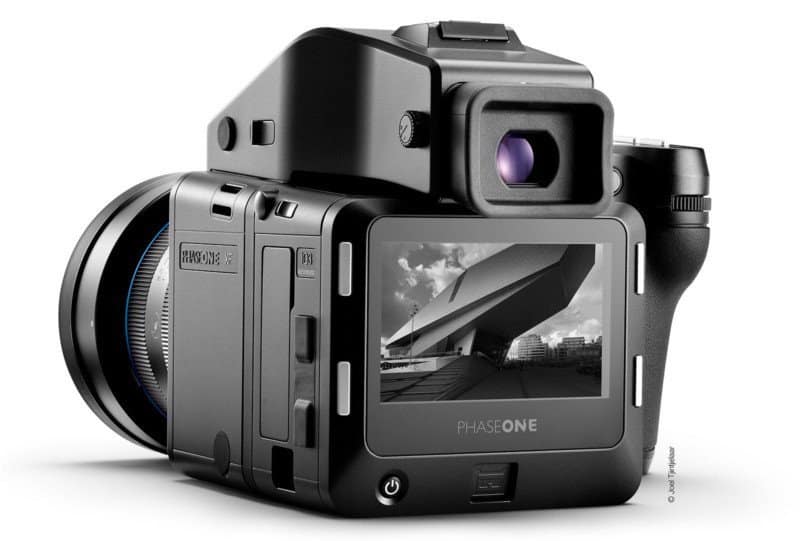 What makes Phase One’s camera different from the hundreds that also support black and white picture taking? The IQ3 100MP Achromatic doesn’t use the Bayer color filter that is present in many digital cameras. Put simply, this is a camera that doesn’t retain color information at all.

Traditionally, photographers can shoot in black and white using a monochrome feature on their camera or choose to convert their image to monochrome during post-processing.

With the IQ3 100MP Achromatic, photographers are shooting purely in black and white. Every pixel of the camera’s sensor is dedicated to capturing details, luminance values and subtle tonal beauty.

The IQ3 100MP Achromatic features a 101MP CMOS sensor with an ISO sensitivity range of 50 to 51,200. With these specs alone, the camera can clearly work well in low-light situations. An even better experiment that can be done with it is to shoot at night to see how well the details translate with a camera that only captures in black and white.

Photographers need to pay attention to elements such as texture, shape, and leading lines when shooting in black and white and one can just imagine the amount of detail that can be provided by a camera with such a large sensor and an even higher ISO sensitivity range. As Phase One notes on the product’s page, the creative opportunities are endless with a camera that is extremely light sensitive and capable of capturing all wavelengths of light.

The price tag of the IQ3 100MP Achromatic will definitely deter many photographers from purchasing it. After all, there are DSLRs and other digital cameras available these days that have really high ISO ranges. Also, a lot of photographers don’t mind converting their images during post-processing or even using the monochrome feature of their camera while on a shoot.

Then again, there clearly is a market for this kind of camera given that Phase One has boldly decided to put this on offer. Cameras back in the day only shot in black and white as well so maybe this will appeal to those looking to relieve the older times.

Although the IQ3 100MP Achromatic is equipped with WiFi capabilities, the transfer of images will definitely take quite some time.

The IQ3 100MP Achromatic may have good intentions but that price tag is definitely a killer. And funny enough: it’s only for the camera’s body – no lens included!