You are here: Home / Photography Tips and Techniques / The Photography Beginners Guide to Exposure

A properly exposed photograph doesn’t feature details that are blown out and it also isn’t too dark (very much different from the creative variety). Good exposure requires the proper blend of three elements: aperture, ISO, and shutter speed. All three make up what’s called the exposure triangle, what every photographer should master to achieve desired results.

Yes, you can always set your camera to one of those automatic modes so you can let it decide the proper exposure settings while you keep shooting away. But even if such a convenience is given, it still helps to know how aperture, ISO, and shutter speed work together so you can get more creative with your shots. 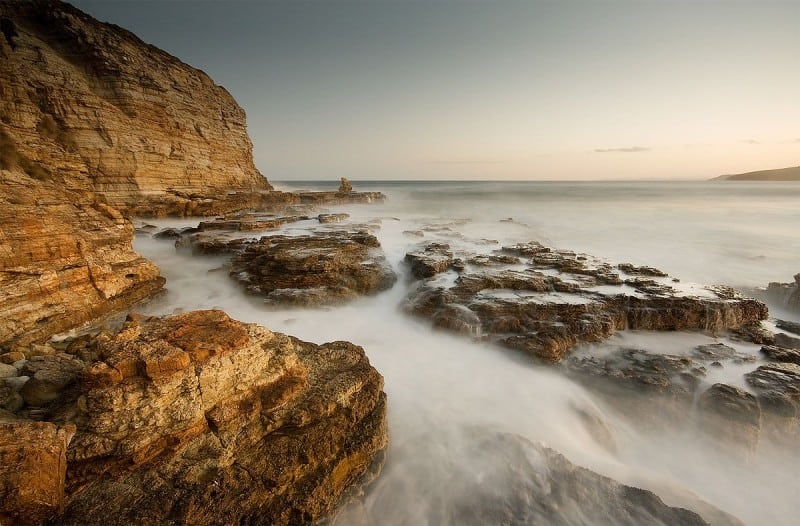 A photograph of the sea after sunset with an exposure time of 15 seconds. The swell from the waves appears foggy. Photo credit: JJ Harrison

If you want to capture flowing water but make it appear silky smooth, that requires tinkering with elements of the exposure triangle,  most especially shutter speed. If you want a blurred background, adjusting the aperture is necessary (a lot depends on the lens as well but there are techniques to achieve a minimal amount of blur even without the right lens).

As you can see, knowing how each element works not only helps you take better photos, it allows you to be more creative as well.

You know that light is important in photography, and how much or how little you allow in is up to the aperture. Aperture is measured in f-stops (f/22 or F22) and the larger the number, the lesser the amount of light is let in.

So, an F22 aperture will let in less light than F1.8. You might find this a bit tricky at first, but you will get the hang of it.

Controlling the aperture enables you to control the depth of field (DOF), which is how much of your photograph will be in focus. A large DOF means a lot of the foreground and background will be in focus, which is great for landscapes. A shallow DOF means only particular elements are in focus while others are blurred, which is ideal when shooting portraits.

Knowing about aperture also helps when selecting a new lens for your camera. The aperture range will be part of the model’s name. For instance, a  popular kit lens is the Canon 18-55mm f/3.5-5.6. 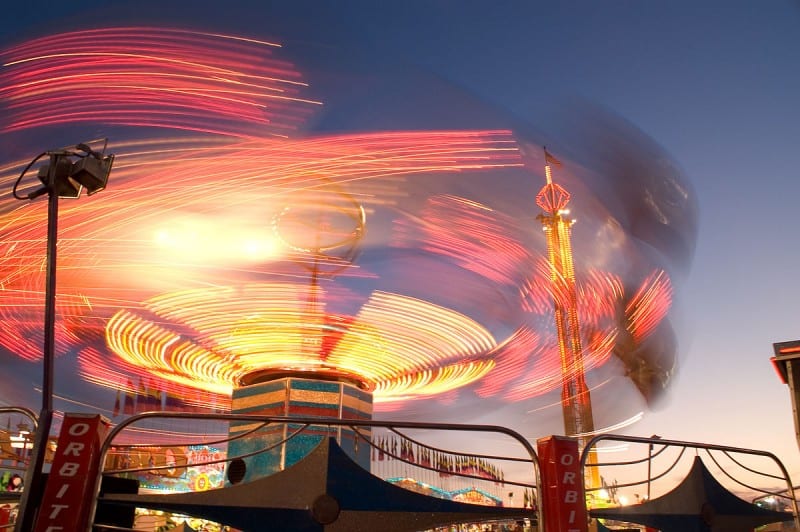 The shutter of your camera remains open for a particular amount of time to let light in. As you probably can tell, this works together with aperture. The latter controls how much light is in while this element controls how long that amount of light should be let in.

Slowing down shutter speed also means needing stabilization, in the form of a tripod or a flat surface.

This is responsible for your camera sensor’s sensitivity to light. A high ISO means the sensor is really sensitive to light while it’s the opposite for a low ISO.

One of the issues with ISO is that the higher it gets the “noisier” (grainy) your photo becomes. This is why many would suggest keeping ISO low as possible while tinkering with the other two settings. But there are many modern cameras that support really high ISOs with the added promise of being noiseless. But just because it’s there doesn’t mean you have to use it all the time.

Changing ISO comes in handy when working in low-light situations. Otherwise, it helps to keep ISO at the minimum.

Photography rules are meant to be broken. But you must know them before you could do so. While the exposure triangle isn’t exactly a rule, it helps to know how they work together to create images as you envisioned them.