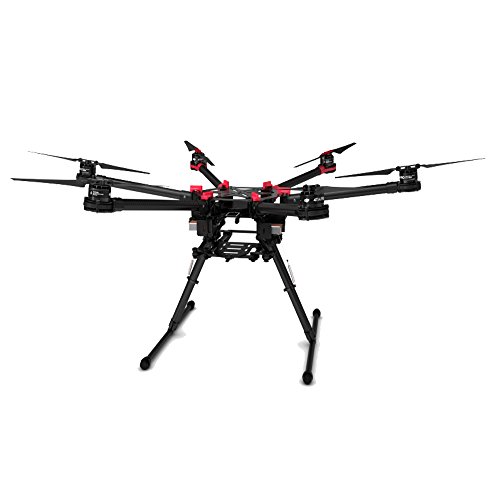 The Chinese company DJI is known the world over as the world leader in camera drones and quadcopters. They have been manufacturing commercial and recreational aerial vehicles used in photography and videography since 2006.

Just recently, DJI launched the S900 Hexacopter, which is the latest in their Spreading Wings series. This unmanned helicopter is designed to carry heavy cameras in aerial photography, surveillance and search and rescue operations.

The S900 is S1000’s successor. According to DJI, it can carry 4K cameras with impeccable stability through its brushless gimbals.

If you are into drones, or own the S800 or S800 EVO, you might be wondering whether upgrading to the S900 would be worth it. Read through the rest of this S900 Hexacopter review for more information.

Based on experience, as well as on other Hexacopter reviews, the Spreading Wings S900 only takes around five minutes to assemble. But it can give you 18 minutes of flight time. Just like its predecessors, the new Hexacopter is lightweight, stable and has a compact frame consisting of propellers, motors and carbon fiber arms that enable you to transport cameras and other stuff into the sky.

But what really sets the S900 apart from its predecessors, like the S800? Unlike the S800, the S900 is highly portable and easy to carry, thanks to its foldable arms, saving space in your bag. This also means that you can easily take the Hexacopter with your wherever you go. According to other reviews for S900 Hexacopter, you can be ready in just a few minutes, and be able to put it back together without too much fuss. In fact, many people believe that the S900 is unlike any other professional drone because of its portability. 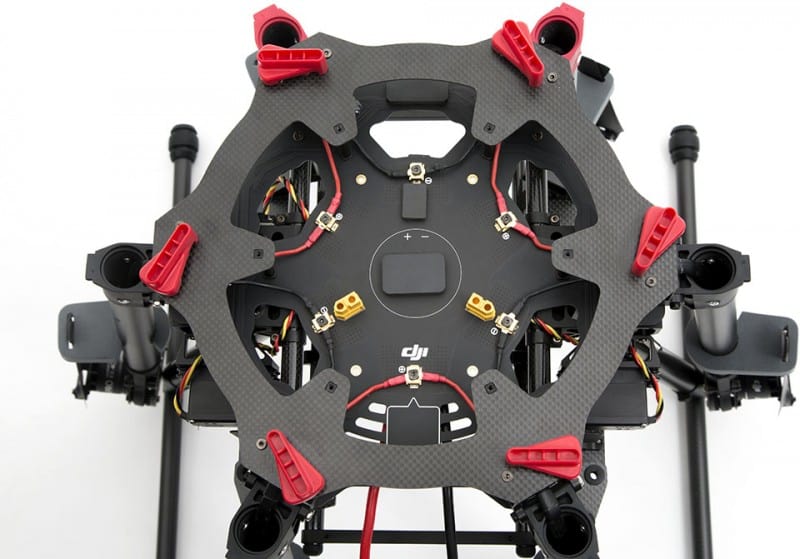 It also helps that the upper centerboard of the S900 is detachable. This makes installing your flight controller and IMU so much easier. It also makes it so convenient to setup the power distribution system, main controller IOSD, Lightbridge and other accessories. Although the S1000 has retractable arms like the S900, its centerboard is built-in. Aside from that, the latest addition to the DJI line of products is equipped with a new power distribution system with improved safety and reliability. It has a new screw design that isn’t available in other models, which secures the power cords to ensure cables won’t come loose while the drone is on flight.

A lot of Hexacopter reviews say that another thing that makes the S900 better than its predecessors is that it has greater power. It comes equipped with a 40A electronic speed controller (ESC), which is DJI’s fastest yet. With the latest motor having a single wire stator design, users can expect to have improved heat dissipation, cleaner, more reliable system and better overall performance.

Just like the S800 and other models in the Spreading Wings series, the S900 Hexacopter has sparkproof plugs to prevent short circuits. It also had better gimbal brackets, reducing vibrations and making footage clearer than ever. Plus, it’s compatible with Zenmuse gimbals, which are known for their stability. Aside from the Zenmuse Z15, the Hexacopter supports other gimbals like the GH3, GH4 and BMPCC.

Another advantage pointed out by most reviews for S900 Hexacopter is that the S900 has retractable landing gear and low gimbal mounting bracket. Both of which will help your shoot in a wide range of angles and motions.

So, if you’re looking for a professional quality drone for your videography and photography, the S900 Hexacopter offers great value for your money with its advanced features and superb capacities.

I love this, its much better than my old phantom 2

The best thing about this is how easy it is to trasnport. Its light and sturdy. We have completed over 40 hrs with this drone. Top marks