Are you a selfie enthusiast? Don’t you think it is becoming an old trend doing the same selfie poses every time? Well, worry not, because the Roam-e flying selfie drone camera is taking center stage to help you become a bit more stylish. Yes, there is indeed a selfie stick that is capable of flying around as it takes photos or videos of people as they perform any movement. 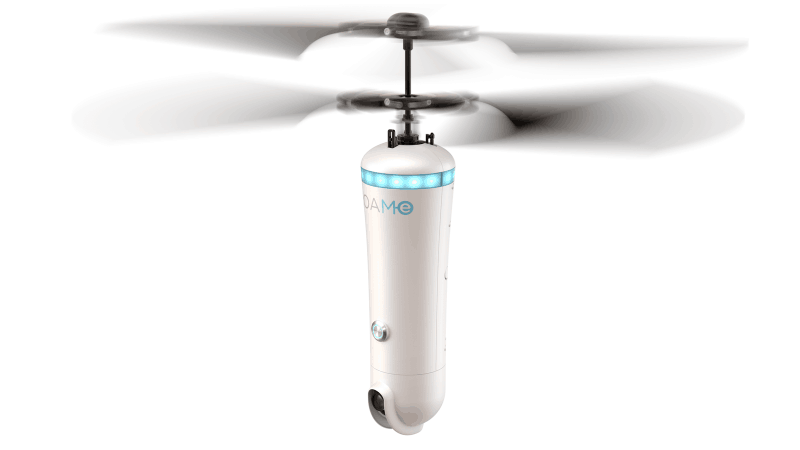 According to its developer, Simon Kantor, this is a device that can do more than just take random images or record videos. It can actually take the action in front of the person, giving more visually attractive results. However, it just doesn’t take random images from anybody.

The designer said that the Roam-e is capable of remembering the person who wants to take pictures of him or herself by taking 180-degree fingerprint of the person’s face. So even if you will turn your face to the side, this flying device will still be able to follow you. However, it will go into standby mode if it no longer recognizes your face and goes back on when it recognizes your face again.

The Roam-e is capable of streaming video to any video sharing website or take stills or videos into a suitable USB stick. The design is said to be Australian in nature but this has mass produced in southern China. This is intended to meet the growing demands of this gadget which come from the U.S., Japan, and Australia.

Basically, if you want to capture in 4K or 3D, you can always replace the camera to fit a much bigger resolution. Portability is also amazing, as you can collapse the device that should fit a backpack or a handbag. It can also operate using a couple of batteries that should be able to last for 20 minutes non-stop before it needs to be recharged. Charging will take about a couple hours each.

It can also fly up to 25 meters away, but it has limited flight range of up to 3 meters when in a selfie mode. Imagine a camera this good offering 1080p resolution camera can collapse into the size of a water bottle with 600 mL capacity.

According to sources, the company will be able to release this model by late September 2016. However, this will be available for only three countries, namely the U.S., Japan, and Australia. This product can be ordered at $499 to those who want to revolutionize the way they take selfies.