8K cameras are ridiculously expensive they belong in the hands of filmmakers working for production companies with lots of money to spare. Guardians of the Galaxy Vol. 2 was shot in 8K resolution, but the format could soon be making its way to television screens with the upcoming 2020 Olympics in Tokyo. One such camera that till be used there is the Sharp 8C-B60A 8K professional camcorder.

4K is not yet dead, but it hasn’t stopped camera makers like Sharp from stepping up the resolution game. It seems that the industry wants to transition to a much higher resolution faster. It’s hard not to blame them given 4K recording is now supported on several smartphones. 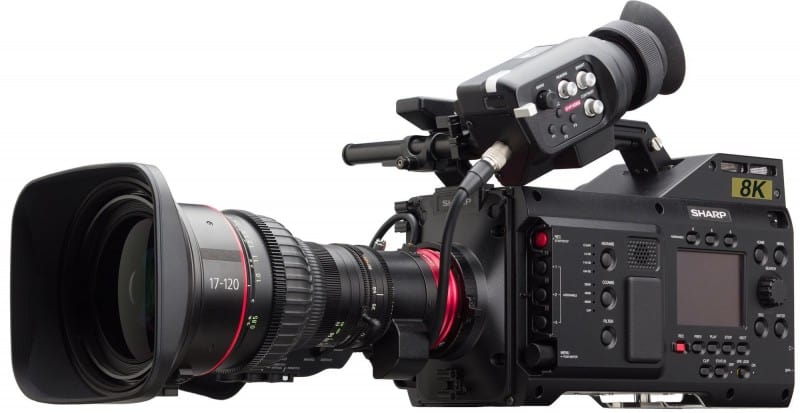 The 8C-B60A 8K features a Super 35mm sensor, the same one on the Red Helium Weapon 8K, while allowing footage to be recorded at 60fps.

8K footage will undoubtedly eat up a lot of space, but the HQX codec of Grass Valley helps keep file sizes manageable. In addition, the camera has a custom 2TB SSD pack (developed with Astrodesign) that can hold around 40 minutes of 8K video.

The  8C-B60A camcorder will most definitely be one of the 8K units used at the Tokyo Olympics in 2020. And it’s already equipped for broadcast use as it can transmit 8K uncompressed images while recording.

Sharp’s 8K camera comes with a PL mount, so it can take lenses from Zeiss, Leica, and others. With such a lens selection, the camera can be used for other purposes other than broadcasting. An 8K resolution would lend an interesting aspect to sports coverage and current events.

Since broadcasting would most likely be one of the most common uses for the 8C-B60A, it is designed with a shoulder pad for ease during shoots. Other broadcast-friendly features the camera have include an integrated top-handle and viewfinder. As mentioned earlier, it can record and transmit footage simultaneously. 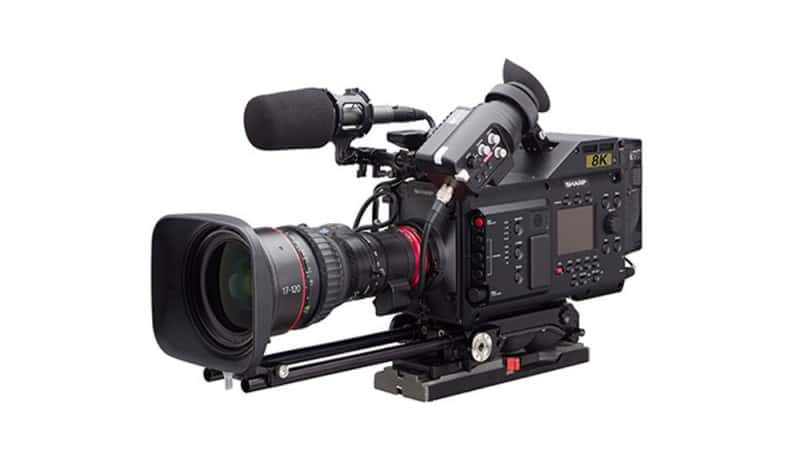 Clearly, an 8K resolution won’t be within the price range of enthusiasts and prosumers. However, the $77,000 price tag will definitely be a more manageable amount for broadcasters and producers.

Having that extra resolution is always helpful in broadcast and production. The arrival of 4K cameras allowed sharper and clearer images to be projected on screen. Since it offers a much higher resolution, cameras equipped with 8K technology can produce images with even better color.

Some filmmakers are starting to embrace higher resolutions in their camera of choice. The Revenant was shot using the 6K Alexa 65 from Arri while director James Gunn has alternated between an Alexa camera and one from RED .

Interchangeable lenses also allow filmmakers to be more creative with their output. On the other hand, broadcasters can definitely make use of the extra detail that 8K provides when broadcasting events like sports.

Camera makers such as RED and Sony have their own versions of 8K cameras, but the 8C-B60A from Sharp looks aimed at broadcasters. Since Sharp also makes 8K television sets, we seem set for when 4K falls out of fashion.