Sigma’s 30mm F1.4 lens was a success. It was hailed as one of the best prime lenses for Sony E mount cameras and one that was quite friendly to wallets. Now, a new member of the family seeks to continue the trend of affordable yet high-performing primes.

The Sigma 16mm F1.4 DC DN lens is designed for APS-C mirrorless cameras, including Sony E mount and Micro Four Thirds. With a large aperture, the lens would be really useful in low-light situations as well as create depth of field. Apart from the high image quality, the lens’ compact size makes it a much-appreciated portable companion.

The optical design of the lens along with a stepping motor enable smooth autofocus when shooting video. The lens is also fully capable of accommodating the Fast AF function of Sony E-mount cameras. With face recognition AF, the lens is able to perform a consistent autofocus on faces even when the subject moves. 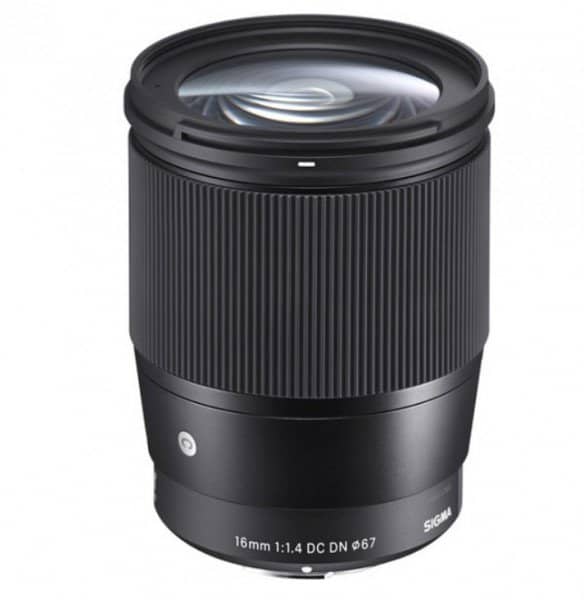 Sigma’s Art line family has been praised for their superior image quality, and the newest addition to the Contemporary line is capable of delivering the same. The lens’ large aperture is also of great help to shooters who frequently shoot in environments where light conditions aren’t optimal. With the lens, it’s still possible to take high quality shots even when the lighting situation is rather dim.

Shooters using Sony mirrorless APS-C cameras have long been waiting for an interchangeable lens, and Sigma has finally delivered them one with a 24mm focal length.

When attached to a Micro Four Thirds camera, the lens offers the equivalent of a 32mm F1.4 lens. Sigma also has a lens conversion service on offer to those who want to convert this lens between Sony E mount and Micro Four Thirds.

The features of the Sigma 16mm F1.4 DC DN make suitable for different kinds of photography. And being exposed to a variety of environments often means being protected against common elements. Luckily, Sigma equipped this lens with just that: protection against dust and water. 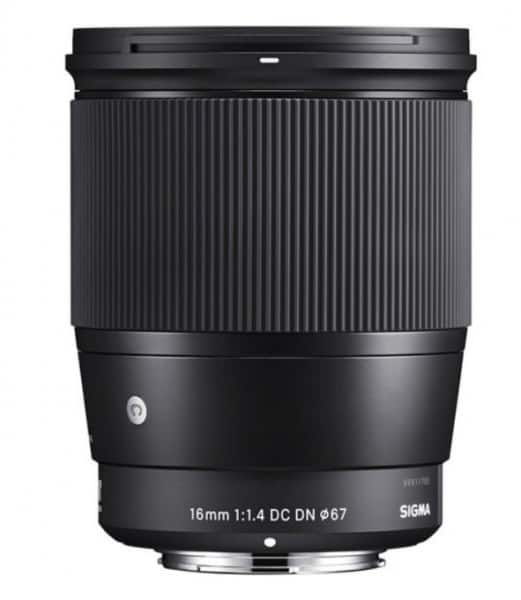 The lens has a stepping motor which ensures that video capture is not only fast but also offers quiet and smooth autofocusing.

Like many other Sigma lenses, this one was also developed at a single factory in Japan. Pricing details have not yet been released and specs and features may even change between the announcement and the actual release date. Accessories available for this lens include a petal-type lens hood, rear and front cap, macro flash adapter, and filters.

The Sigma 16mm F1.4 DC DN lens is the second member of the lens family that started with the Sigma 30mm F1.4. The company plans to add a third lens into that lineup in the future.