Sony HXR-NX3 Review: What Is This Camcorder Capable Of 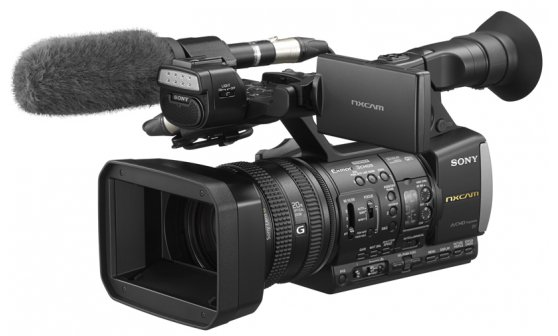 The Sony HXR-NX3 is designed for videographers, which means it must have all the features that make a seriously good camcorder. Can it live up to its promises?

In terms of design, the HXR-NX3 looks quite similar to the HXR-NX5E. It is easy to use and has a compact, handheld body. However, it doesn’t have an SDI output from the BNC connector, only a composite output in its place. The sensor used is a 3 full HD Exmor CMOS with 2.07 megapixels, a feature copied from the PMW-150.

What comes in the box when you order an HXR-NX3?

The kit will contain a lens hood, EVF eyecup, infrared remote commander, AC adaptor and cable, cold shoe kit, battery for IR remote control and operating instructions on CD. The only thing missing is the rechargeable battery pack. If you buy HXR-NX3/VG1 instead which is a European version, the battery would still be MIA, but an ECM-VG1 microphone has been added.

Then again, what matters are the features that are covered through this Sony HXR-NX3 review. What makes this camcorder better than the rest?

Because getting connected is so important these days, the Wi-Fi capability is a welcome addition. Not only does it offer connectivity, it also enables easy control of the Zoom and Iris. Live viewing is also possible using just the touch focus. Want the recorded videos to be viewed on your phone or tablet? All you need is the PlayMemories mobile app from Sony, which you can download from either the Android or iOS app store, depending on the phone’s operating system. Once done, you can then view clips and pictures from the remote device. Know though that there might be some latency while viewing.

What happens here is that as you record normal AVCHD files, an mp4 file is created at the same time. Using the Wi-Fi function, you can then transfer the mp4 version to your smartphone, which is great for a lot of reasons. For example, you can use it to quickly upload a clip related to a Sony HXR-NX3 review, or view recently recorded videos that you can show to others. If you captured materials for your blog, you can easily upload the mp4 to your website through your mobile phone.

This is a motion feature that lets you capture events or actions over a long period of time. The slow motion has 50% normal speed, while the quick has a speed of up to 2500%. As for the frame rate, the camcorder records at 24p, 30p, 60i and 60p.

In plain English, this refers to the digital zoom that the Sony HXR-NX3 is capable of. Through it, the lens can go from 28.8-576mm optically, and then up to 1152mm equivalent focal length. Unlike a normal digital zoom, this feature uses clever algorithms, look-ups and databases to bring out the detail of a video. So, if you’re seated way back at a concert, you can use the Sony HXR-NX3 to get a closer view.

What really makes this Sony HXR-NX3 review stand out is the fact that the camera performs exceptionally well in low light. Even after the sun goes down, you can still get shots that look natural, rather than grainy and distorted. When filming under ambient lighting or normal street lights, recorded clips can still look great because of the Exmor chips. Noise won’t be too noticeable either.

No doubt this camcorder provides another great device that videographers can use. The Sony HXR-NX3 review says it all.

Ive had thids camera 2 months and I cannot fault it. Before this I was using tape to record and this has been a great upgrade from that. This thing is supurb in Low light conditions. I am so pleased with tis camera and would recommend it to anyone with the right budget.

Got it and I love it. I had the HC900 before this and this has been a super improvement over that. Cost me a bit more but its worth the money