The next generation of Sony’s CineAlta camera systems was designed to help filmmakers expand their creative freedom with equipment that offers immersive, large-format, Full Frame capture of filmic imagery.

Because VENICE was designed in close collaboration with the creative community that will use it, it fulfills the requirements that production professionals and filmmakers want from a camera system.

Sony Electronics’ marketing manager Peter Crithary described the VENICE as a ground-up development initiative that comes with a completely new image sensor. “We carefully considered key aspects such as form factor, ergonomics, build quality, ease of use, a refined picture and painterly look—with a simple, established workflow,” he said. 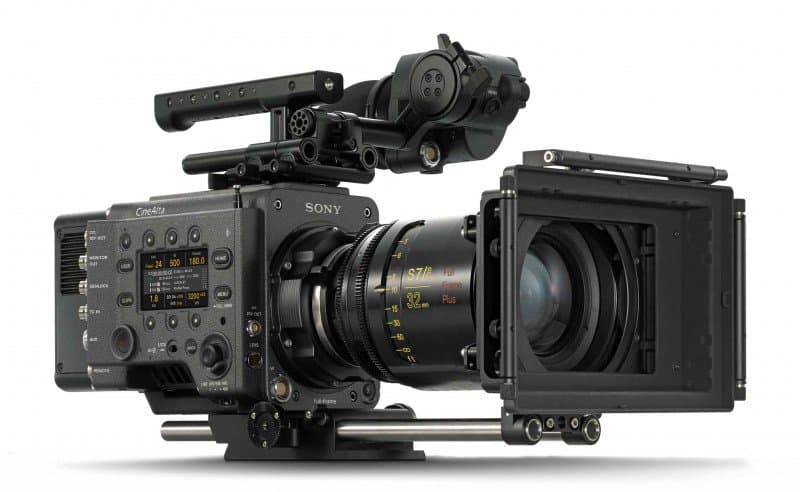 Featuring an intuitive and fully modular design, VENICE supports simple and efficient on-location operation. The refined functionality, including a built-in 8-stage glass ND filter system, makes it easier to shoot efficiently and streamline camera setup. It is also the first of its kind in the film industry.

With an intuitive control panel strategically placed on the camera’s Assistant and Operator sides, expect operation and handling to be easy and convenient. Combined with a 24-V power supply input/output and a LEMO connector, it makes it easier to work with other standard camera accessories intended for use in harsh environments.

The company designed a user interchangeable sensor, which is in consideration of a longer-term strategy. Users can easily swap one sensor for another quickly and as easily as removing four screws whenever they want to shoot different scenarios.

To fulfill the high-quality demands of feature filmmaking, VENICE combines a 36x24mm Full Frame sensor that has been newly developed to offer a variety of advantages, particularly its compatibility with a different range of lenses, such as Anamorphic, Spherical, Super 35mm, and Full Frame PL mount lenses.

The lens mount is also adjustable so it can support E-mount lenses whenever shooting situations call for smaller, wider, and lighter lenses.

The image sensor comes with user-selectable areas for shooting in Super 35 mm 4 – perf. It is also capable of minimizing Jello effects with its fast image scan technology.

Sony has announced that future firmware upgrades will be focused on improving the camera system’s ability to handle 36mm wide 6K resolution.

VENICE comes with a new color management system with an ultra-wide color spectrum, giving users greater flexibility and control when working and adjusting images during grading and post-production.

The new camera also comes with more than 15 stops of latitude that help filmmakers and production professionals deal better with challenging lighting situations. With just a gentle roll-off handling of the highlights, shooting in low-light or under harsh sunlight will no longer be a huge problem.

The 10-bit XAVC workflows and the 16-bit RAW/X-OCN via the AXS-R7 recorder guarantee that VENICE can achieve efficient and high-quality file-based production. It is also compatible with current and upcoming hardware accessories for CineAlta cameras, making it easier than ever to use.

Sony is giving users optional licenses to customize VENICE with features they specifically need for their production requirements. The licenses are available for weekly, monthly, or permanent durations.