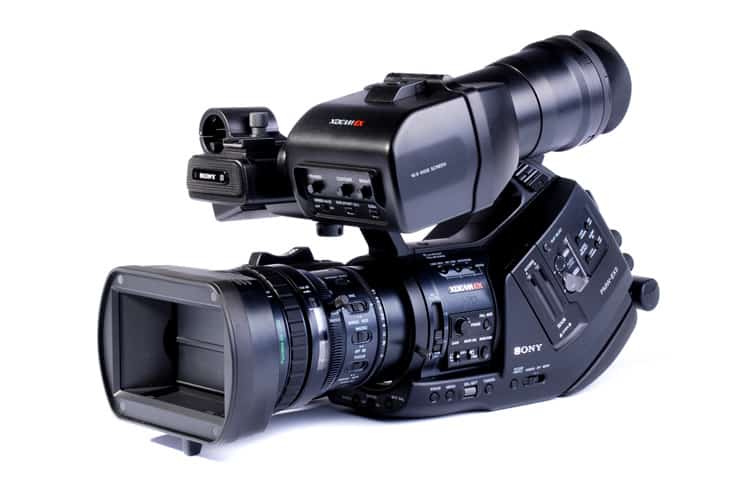 When Sony first announced their launch of the PMW-EX1, the video production community was left in a market shakeup. The EX1 left existing owners of XDCAM camcorders shaky and ready to jump for the new camera as it was introduced with a notable substitute for a wide range of applications – both professional and consumer. Then, as though Sony wasn’t satisfied with just that, several months after, they released the new Sony PMW-EX3 which blurred the lines between professional and consumer cameras even more!

What makes this camera so capable of producing such ruckus? Well, you’re about to find out with this Sony PMW-EX3 review.

Unlike its predecessor, the EX1, the EX3 has been primarily geared by Sony to come with maximum versatility. From the production standpoint, other than the usual component ports, iLink and USBs, the EX3 features Genlock in, HD-SDI out, Timecode in and out and remote input. When it comes to multi-camera functions, the EX3 is at a clear advantage compared to its sibling, the EX1.

The EX3 also comes with 3 ½-inch CMOS that record in full 1920×1080 HD resolution to SxS flash cards. These specs mean a world’s difference in the terms of performance, providing nothing but clear and crisp images for users to definitely enjoy.

When it comes to its shoulder-mount profile, the EX3 is one that has stolen pages from film-camera designs too! It comes with a wide-throated bayonet lens mount that’s 3 inches in diameter. It is super sturdy and adaptable at the same time, allowing the EX3 to be used with a world’s worth of lenses, including ½-inch zooms and even familiar zooms from 2/3-inch cameras.

Adding to EX3’s impression of film-camera modularity is its interchangeable lenses with adjustable rotating handgrip, kludged, cantilevered LCD viewfinder and its extensible rear shoulder brace. Plus, it has the PHU-60K 60GB hard-disk recorder which attaches sturdily to the camera with the use of either its rear or front shoe.

The camera requires a 2nd battery but its integration has been done so well that using 2 batteries will not affect the camera’s balance at all.

It’s not discreet or surreptitious!

If you’ve read other Sony PMW-EX3 reviews, then by now you must already know that when attached with all its accessories, the EX3 is nowhere near discreet. This camera is gnarly and can even grow more noticeable with more of its accessories attached. But, it is lighter as compared to the ancient Betacams. Once you get used to its appearance and you leave it resting against your chest, you’ll find it surprisingly ergonomic and stable. It can be tiring to hold over time but with a huge and colorful viewfinder, this camera’s focus will never you leave you in doubt!

Get 2 of Sony’s 32GB SxS cards working with this camera and you’re good to go with more than five hours worth of HDV quality footage. That’s more than enough for a whole day of documentary production!

The Sony PMW-EX3 is an older model Sony camcorder but one that does deliver in terms of image quality and user experience still! If you are in for some broadcasting, event coverage or documentary recording and has an extensive background with filmmaking, then the PMW-EX3 is certain to give you a huge value! The EX3 is simply a stunning showcase of Sony’s best technology intertwined with their aim to preserve the traditional feel of filming.