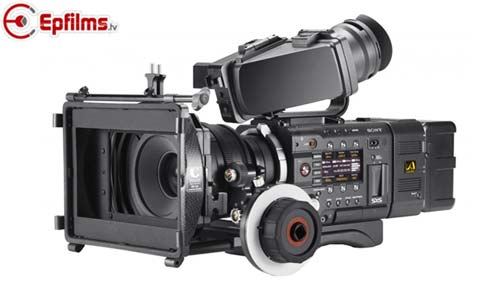 Imagine if you will the following features: 4K resolution, film-like dynamic range, RAW recording formats and a global shutter. These features have long been at the top of the list of filmmakers’ dream camera. And thanks to Sony, this camera has finally arrived, in not just one, but two devices: the PMW-F5 and PMW-F55.

Although quite similar in features, they do have differences and this Sony PMW-F55 CineAlta 4K review will look into that, aside from providing a list of features of the PMW-55 that make it a great device to have.

Sony has long been a leader when it comes to 4K digital cinema thanks to its line of SXRD 4K projectors, as well as its XBR 4K Ultra HDTVs. Given that they have paved a road towards 4K, there was no question that they would come out with a premium 4K camera. And that they did, with not just one, but two cameras.

Sony released two 4K systems to the market: the PMW-F5 anhe PMW-F55. Both of these units are capable of capturing 4096x2160 resolutions on a single Super 35mm image sensor. Both can also capture 4K and 2K RAW footage using the new AXS-R5 recorder from Sony.

Although these camera units are almost identical when it comes to features, they do have some differences. The PMW-F5 is seen as a little brother of sorts to the PMW-F55 as it has the same hardware and system accessories, except for a few.

One of the differences that set apart these two devices is the internal recorder of the PMW-F5 because it can record 2K, but cannot quite achieve 4K, unlike the PMW-F55.

When it comes to physical design, both units look almost the same, except for the fact that the PMW-F5 comes with a black FZ lens mount while the PMW-F55 has a silver one.

When it comes to the major disparity between the two, it has to be the lack of a global shutter of the PMW-F5.

The Sony PMW-F55 CineAlta 4K has a range of outstanding features. Of course, you wouldn’t expect anything less from a brand giant like Sony. That said, here are some of the remarkable features of the PMW-F55:

The CMOS sensor of this camera is capable of capturing true 4K (4096x2160) DCI-standard cinema images, thanks to 8.9 effective megapixels. Cinematographers are also able to use their favorite lenses without any major disparity when it comes to angle of view because the sensor is able to approximate the size of a traditional 2-perf, Super 35mm motion picture film.

Note that some of these recording settings would need a firmware upgrade to be possible.

Traditional CMOS sensors have what’s called a “rolling shutter.” The Sony PMW-F55 is one of the first digital motion picture cameras that employ a global shutter, which eliminates motion skew and other rolling shutter issues completely.

Note that this is optional and is sold separately.

This device docks on the rear portion of the PMW-F55 and it allows the recording of video with 4K and 2K resolution in 16-bit RAW.

The PMW-F55’s design allows for the use of a wide range of lenses. Thanks to its PL-mount adaptor, you can make use of lenses from Angenieux, Canon, Carl Zeiss, Cooke, FUJIFILM and Leica – just to name a few.

When you slip off the PL-mount, the native FZ-mount is revealed which can support native FZ lenses like Sony’s own SCL-Z18X140 autofocus servo zoom lens, as well as an array of other adaptors for still lenses, which include Canon EF, Canon FD, Nikon F, Leica M and so much more.

Other Features at a Glance

Yes, it is indeed a filmmakers’ dream camera and one worthy of inclusion in their arsenal. Take a look at the vidoes to get a further in depth understanding of this video camera. 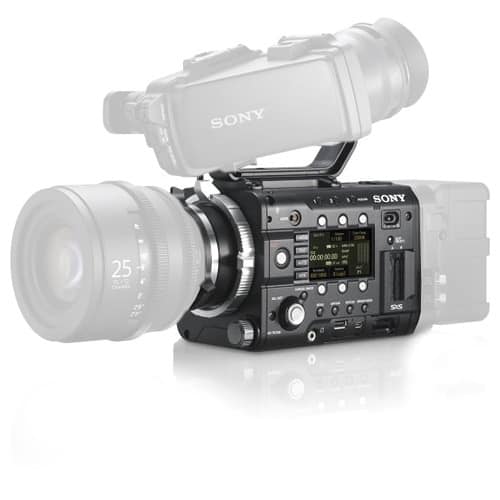