You are here: Home / Camera Lens / Sony RX100 VI Brings to You a Compact Camera with the Highest Focal Lens Length

Sony has added a new addition to the 6-year old series of RX100 cameras.

Set to be released this July, the new compact camera RX100 VI is designed for pros, bloggers, and enthusiasts.

What makes it better than its predecessor the RX100 V is the new 24-200mm lens. This makes the camera the only one within the Cyber-shot series to have the highest focal lens length.

It is considered a major upgrade because the change in the camera’s body is only a thickness of 1.8 mm. Sony managed to pack in a 24-200mm equivalent range and bright f2.8-4.5 focal ratio within that compact size.

The 24-200mm lens offers sharper image quality across the frame what with its 15 elements in 12 groups. Sony also said that the RX100 VI boasts of an f2.8-4.5 aperture range that ensures quality output with the increased focal length.

The electronic viewfinder is still the same as its predecessors but the display is touch enabled. It also has a lower resolution at 921k dots than other models in the series.

It is also equipped with Bluetooth, proxy recording, and HDR HLG video. 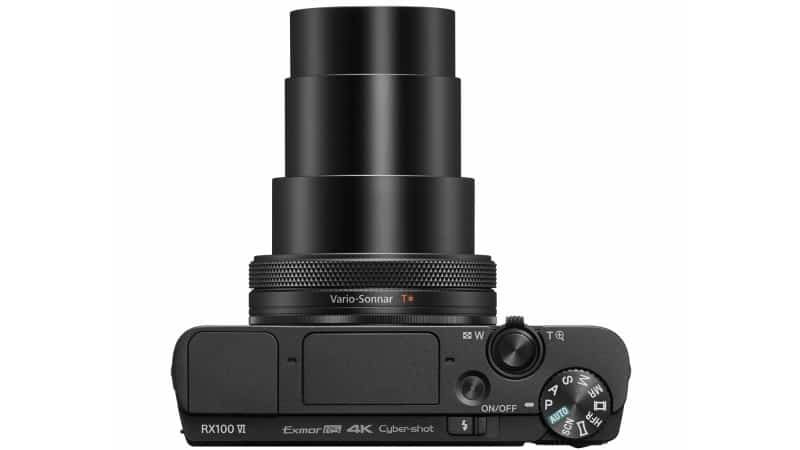 The RX100 VI is one of the best compact cameras in many respects. It is not perfect, however.

It only has a UHS-I, which is limiting, and a limited touchscreen control. The lack of any form of hand grip results in handling issues that Sony itself realized because they produced an optional AG-R2 attachment grip.

Compared to its rivals, the Sony RX100 VI is also on the pricey side.

This new camera model brings competition to some of Panasonic’s Lumix models—TZ100 / ZS100 and TZ200 / ZS200. Although it can’t compete with optical reach, it has a brighter aperture and a more effective autofocus when tracking action.

The Sony RX100 VI will be available in the US and Europe from July. Interested buyers can also pre-order on Amazon. It is priced at $1,200.