Understanding the Relation Between a Video Cam and Its Shutter Speed 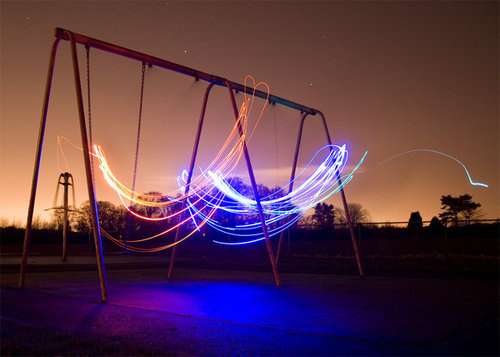 So what is Shutter Speed ?

To begin with, it’s important to note that the term “shutter speed” has been inherited from still photography and doesn’t really apply to videocams. It literally means the amount of time that a camera’s shutter stays open – something that is likely to affect the amount of light entering the camera.

Every time a photo is taken or a video is recorded, the shutter (the mechanical door between the film and the camera lens) opens for an instant and allows the film to be exposed to light. In most cases, the speed at which the shutter opens and closes determines the amount of light that falls on the film. The rule of thumb here, though, is that the faster the speed, the shorter the period of time the shutter is open to let light in. This means less lightness on the resulting image.

With camcorders, the shutter opens and closes once for each frame of video. When the videocam has its shutter set to 1/60, each frame will be exposed for 1/60th of a second. Nevertheless, contrary to popular belief, the shutter speed doesn’t affect the frame rate.

Primarily, a high shutter speed usually means that individual frames will appear sharper since motion blur can be greatly minimised that way. In most cases, the motion blur occurs when the subject being filmed moves within the frame while the shutter is still open. So logically, the less time it’s open (or the faster the shutter speed), the lesser movement will be noticed on the final output.

Nevertheless, it’s important to take note that higher shutter speeds may often make movements appear jerky because motion blur has the tendency to smooth out consecutive frames together.

Most modern video cams don’t simply let you adjust the shutter speed and many other settings manually nor do they autonomously modify such automatically. Often, today’s camcorders have preset scene settings like portraiture, action shooting, night scenes, landscapes, or sports and all these can alter the shutter speed to the optimal setting for the given scenarios. This obviously makes capturing videos much more convenient and simple compared to having to adjust every setting by yourself.

Because the said settings are often preset in many of today’s camcorders, videographers often make the mistake of not manually adjusting the shutter speed. However, what they don’t know is that adjusting such details themselves actually gives them better control of exposures and motion blurs – allowing them to take videos that appears just like the way they want them to look.