Sometimes, merely shooting a scene straightforwardly isn’t enough. Why can’t everything around be captured in a single image? Isn’t a bit of a hassle to stitch images up to produce one 360-degree image? Wouldn’t it be nice if there was a device that could do this but be travel-friendly as well (i.e. can just be chucked into a bag or pocket)? If that is the case, the Yi 360 VR is bound to be your new pocket buddy. 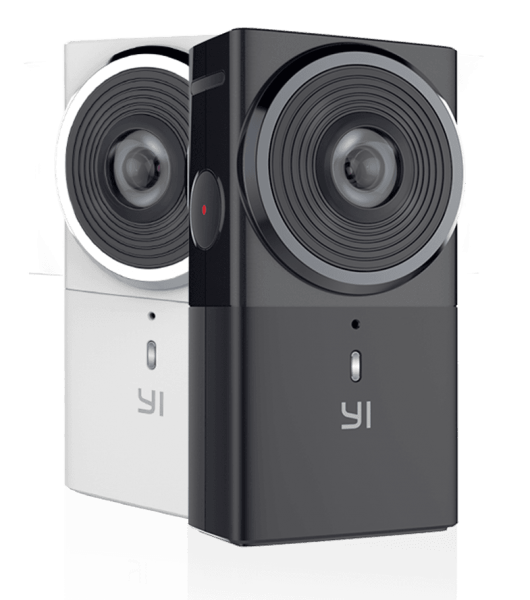 The Yi 360 VR isn’t just boasting of being small enough to fit pockets; it also comes with features that are quite alluring for any avid documenter. It comes with 5.7K VR capture, 4K instant in-device stitching, and 2.5K live-streaming.

Announced in April and debuted during the 2017 National Association of Broadcasters show in Las Vegas, the Yi 360 VR aims to make high-end virtual reality video accessible and easy to anyone who is keen on creating and sharing content. The design is unassuming and the camera is rich in features making it easier to create and share immersive experiences with as little hassle has possible.

Many consumers might find the idea of virtual reality a bit daunting, and many are losing out on the range of content possibilities because of the technology’s perceived difficulty. If content creators are to openly embrace VR, it needs to be seen as something fun and easy to use. This was the challenged faced by Yi Technology, a leading provider of advanced and intelligent imaging technologies, and their solution is the Yi 360 VR.

Sean Da, Yi Technology CEO, highlighted the years of work put into creating the Yi 360 VR to ensure that it is a device that can be used by everyone, from kids to adults. Da says the company only used to best components, made the interface easy to understand, and eliminated cables and unnecessary components. The resulting product is a non-threatening camera that fits right in the pocket and can capture scenes from any angle.

The Yi 360 VR is able to deliver high-quality video and stills thanks to an Ambarella virtual reality SOC H2V95 chip coupled with a pair of 220-degree lenses and another pair of 12MP SONY IMX377 CMOS sensors. The camera can capture 5.7K photos at 30fps as well as 5.7K still images.

Unlike other 360 cameras, the Yi 360 VR doesn’t need the assistance of computers to stitch together captured scenes. With seamless in-device stitching, it’s easier and faster to produce and share high-quality 360-degree videos.

At six ounces, the Yi 360 VR is not heavy and thus doesn’t present a challenge when used to document trips. There is an emphasis in simplicity both on the device’s controls as well as its companion app. With WiFi connectivity, captured images and videos can immediately be shared to favorite social networks.

For users who want to share what’s happening right at the very moment, the Yi 360 VR supports live streaming to popular platforms such as Facebook and YouTube.