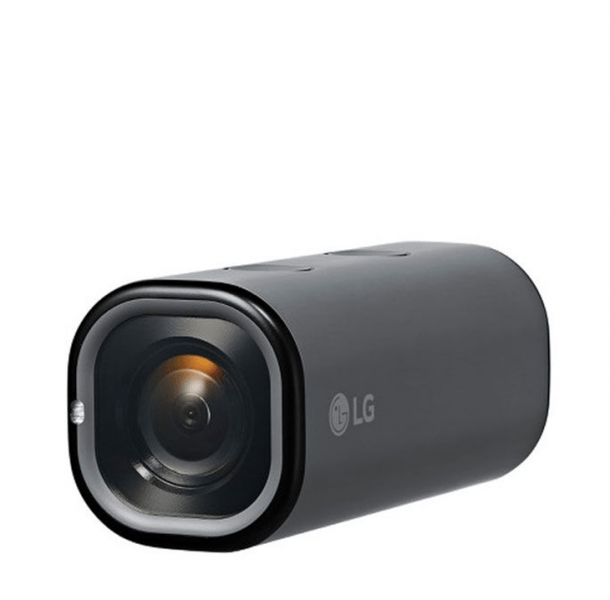 With LTE, a waterproof body and the ability to broadcast directly to YouTube, LG is directly challenging GoPro’s dominance on the action camera market. Set to launch in South Korea in June followed by key markets around the world, the device is the latest addition to LG Electronics’ Friend ecosystem. The camera also happens to be the first action camera that will be made available around the world with built-in LTE connectivity allowing direct streaming to YouTube without the use of smartphones.

The LG Action CAM is coated in rubber making it easy to hold and operate. Two buttons on the device allow recording and broadcasting, respectively. But if you don’t want to make use of buttons, the device can always be controlled through a mobile app. 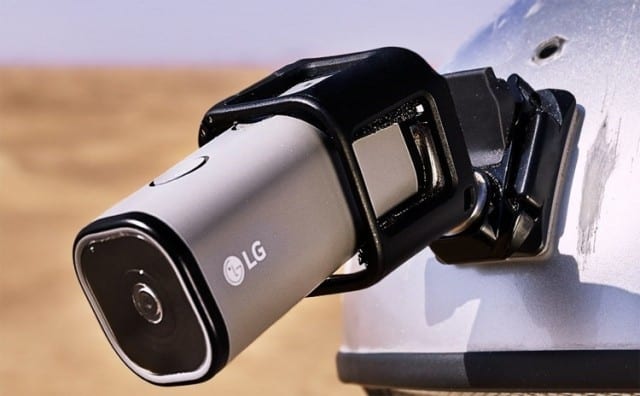 Early testers of the action camera have praised its relative ease of use but have also expressed a few minor issues they’ve noticed. One of the most glaring is the absence of a built-in screen which means that the camera is still rather dependent on mobile devices (be it a phone or tablet) so you can see what you’re capturing. Yes, the LG Action CAM may not need your phone’s LTE for broadcasting but it still needs your handheld as a display.

But that issue aside, this GoPro rival does have a lot to offer. Another good feature is being waterproof; the camera can be immersed in one meter of water up to 30 minutes. Not only that, LG’s newest member is completely protected from dust and sand. According to LG’s official release, a completely waterproof case will be available in the third quarter which allows the camera to be used in activities such as scuba diving and surfing.

The 1,400mAh battery of the LG Action CAM allows for four hours of video recording, as well as a two-hour broadcast time. The camera can do both for videos at 1080p over 4G. 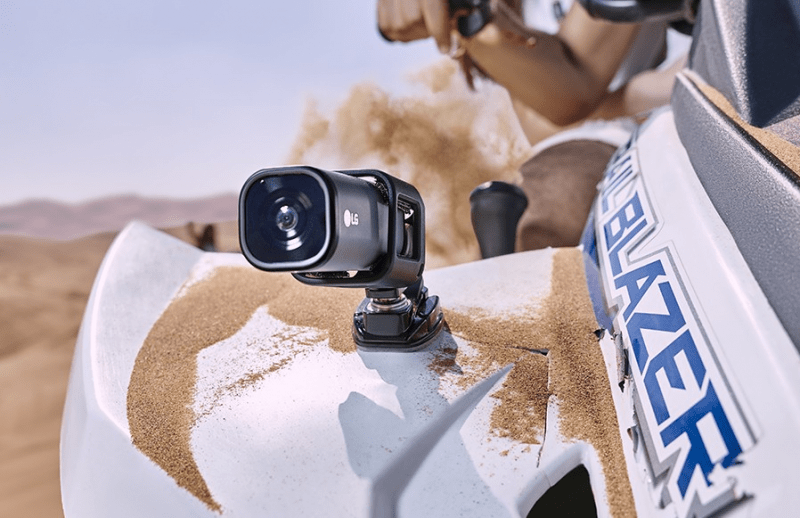 With the Action CAM, you have three recording resolution and frame rate options:

A flip-open panel located at the bottom of the camera stores the SD card used to store photo and videos. LG is also planning to release a remote access functionality in July which allows the device to be used as a CCTV camera or an automobile dash camera through the use of 3G and LTE.

Lastly, you can get an optional mount which allows the Action CAM to capture smooth videos when attached to bicycles, cars, helmets and other fast-moving objects.

There is a lot to be excited about with the LTE Action CAM. But just like other technological wonders, this too comes with drawbacks. While some may find the lack of display glaring, the camera does carry some interesting features that outweigh its cons. But without a confirmed price and more specifications (these will come during the launch, according to LG’s official release), the world needs to wait to get a complete picture of this GoPro rival.

Watch out for a test footage video on this site soon.

httpv://www.youtube.com/watch?v=THIS MUST BE A TEST FOOTAGE VIDEO