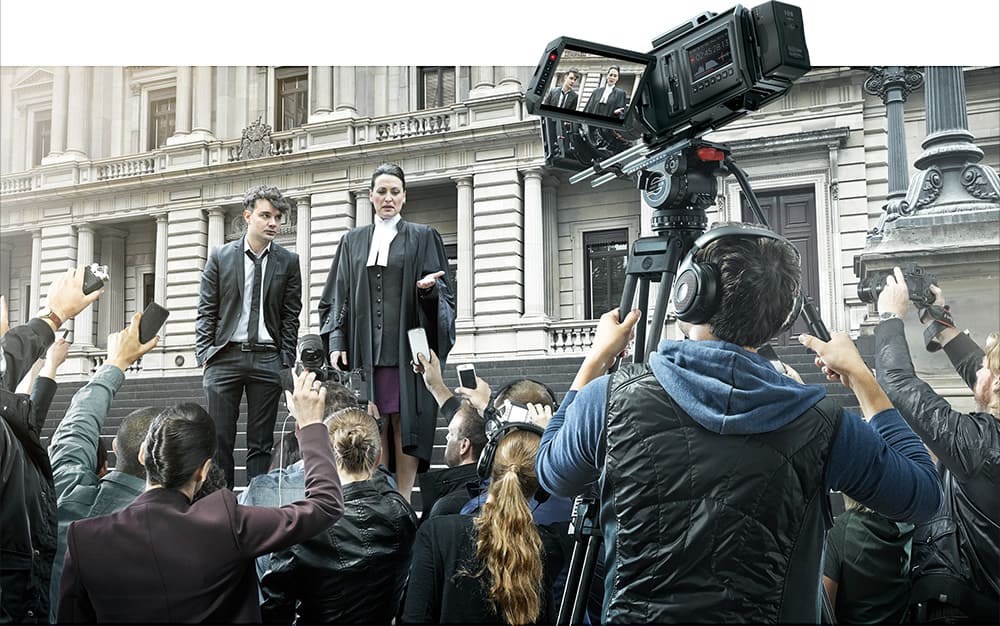 The Blackmagic URSA is a dream come true for budget filmmakers. Just take a look at these specs: 4K video, global shutter and an upgradeable design! Yes, with the URSA, you can swap lenses, sensors and mounts at will! 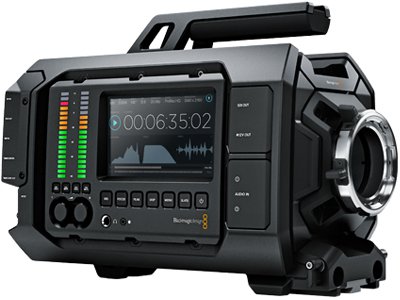 At the 2014 National Association of Broadcasters (NAB) Show, Blackmagic has been showcasing the best of what they have to offer. They presented several new cameras with really deep features and the prices were shockingly reasonable too.

One of the highlights Blackmagic has shown was the Blackmagic URSA. This is a camera that has a broadcast-ready body, shoots 4K video, comes with a global shutter, is fitted with a 10-inch monitor, has lots of input and control and is designed with a mount and sensor combination that makes swapping accessories very much convenient. And for a starting price of $5,995 for all these features, it looks like a steal for filmmakers on a budget.

Sure, $5k plus for a camera is really expensive. However, when you compare the features of the URSA to other similar cameras – much more expensive ones at that – you will appreciate what it has to offer even with a $5k+ price tag.

With the URSA, you spend around $6,000 and you get a camera that can record 4K using a Super 35mm-size digital sensor. Not just that, the camera comes with a global shutter that removes any chances of a rolling shutter effect. In addition, it comes with an EF mount and other standard URSA features. When you add in an additional $500, you get a version with a PL mount and the same features.

PREORDER & be the first in the field using the Ursa.

One of the highlights – and the main one to be exact – is the interchangeable sensor and mount. The EF- and PL-mount versions of the URSA both share the same Super 35mm sensor. While they share this component, Blackmagic also has plans on releasing a broadcast-specific sensor with a B4 mount. Not only that, they also plan to release a sensor-less version that used HDMI input from a DSLR camera such as a GH4 or a A7S to recording 4K video while also being able to take advantage of the many options the URSA offers – timecode, monitoring and audio.

The camera turret of the URSA uses four bolts to connect the body. The sensor, mount and lens controls are housed in a separate unit. With this kind of design, you can easily swap mounts or sensors when you need to. For example, you might need an EF mount for one job while the other needs lenses meant for PL mounts. Even better, you can easily upgrade the capabilities of your camera when better sensors are developed in the future without having to buy a new camera body!

Whichever version of the URSA you choose, you get a range of high-end components that will fulfill increasingly demanding video production needs over the next few years.

The URSA is also fitted with a 10-inch fold-out monitor located on its left side which provides you with a live view of the shot you just took. This feature is quite similar to the one present in the Blackmagic Studio Camera. The monitor is good enough to view 4K footage at full resolution and it can also be tilted to make framing in tight spots a lot easier. 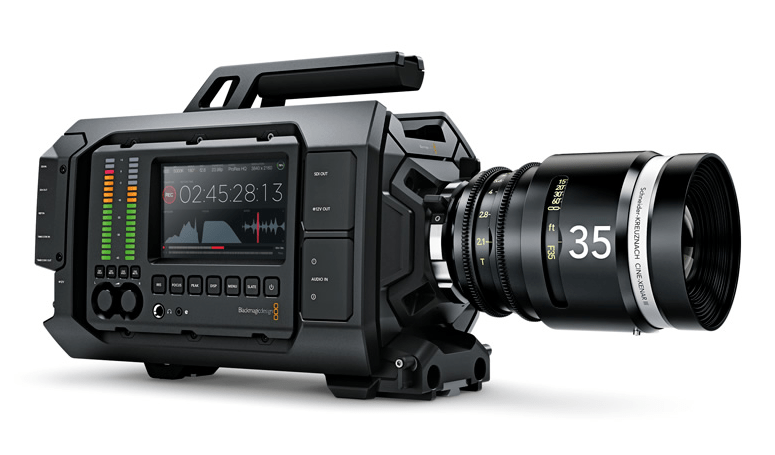 The URSA also comes with two 5-inch touchscreen panels. On the right side is the main panel which serves as a workstation where a camera assistant operates. They can monitor audio levels, exposure and focus in real time. Not only that, they also have access to the menu, all the features of the camera and a readout of settings such as frame rate, resolution, white balance, shutter angle and exposure.

The idea for the URSA is for multi-person shoots to go over smoothly. The director of photography can look at the incoming image and camera settings while the camera assistant monitors settings from the other side.

The URSA is an all-in-one compact unit that allows filmmakers to not have to rent bulky and expensive equipment. The camera also features dual Cfast recorders, SDI input and output, LANC connector, dual XLR connections with 48v phantom power, timecode in and out ports, 12-30v XLR power in, 12v XLR power out and a headphone jack. Mounting points are also featured on the back for third-party batteries.

With the SDI in and out connections which are 12G-SDI, existing HD-SDI external monitors can be used to view shots that are downscaled to 1080p or future ultra HD 4K monitors. The 12G-SDI slot can also be used to view 4K video from an external source on the URSA’s 10-inch monitor.

As mentioned earlier, budget filmmakers will enjoy the features that come with the URSA and won’t regret the price tag either.